What is the average height for 16 year old boys and girls? Most parents feel worried when they see their child is not as tall as other children at that age. Will it continue to grow at that age or not, let’s read on this article!

When entering puberty, children go through significant body changes, and this is a period of transition for them. So, the role of parents is very important in taking care of their children and accompanying them. Puberty is a period of maturity of their sexuality. This can be from 8 years to 14 years for boys and girls. But when exactly, this is different between each child, girls usually go through puberty faster than boys. In fact, among the girls themselves there are also the differences between each of them. Also, there are the differences between boys because this is influenced by many other factors. In fact, some are faster than that time, and some are slower.

One of the big changes in children during puberty is the height that differs from one another even between each gender. We often see that boys’ height increases markedly during puberty. Girls are like that too, but girls go through puberty earlier, this is between the ages of 8 to 13. While boys are slower, this is between the ages of 10 to 14 years. But there are also faster than that age and vice versa. When children turn 16, the age at which puberty is about to end, their height continues to increase but very little every year. So, what is the average height for 16-year-old boys or girls (teenager), let’s find the answer in this article. 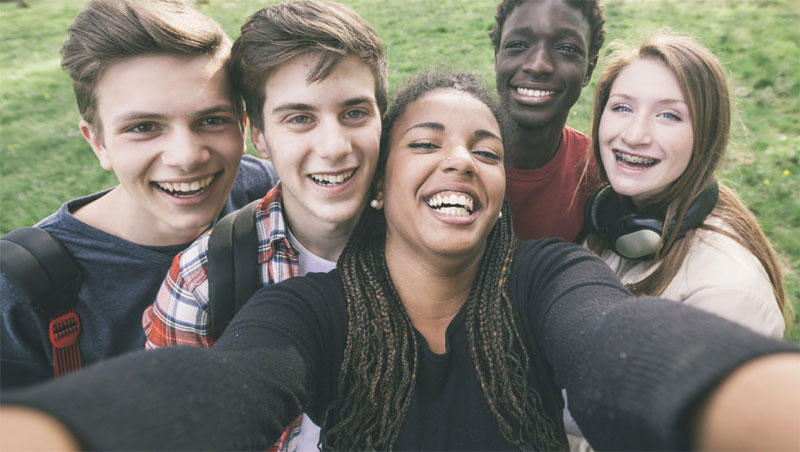 Is Late Adolescence Is A Time Of Significant Growth?

How about girls? They are also the same as boys but enter puberty earlier so they will end it sooner than boys. Thus, it is likely that girls are shorter than boys when they are both 16 years old.

How Do Boys And Girls Grow When They Enter Puberty?

As we mentioned above or in previous articles, that when teenagers enter puberty, various changes occur in their bodies and these are influenced by many factors such as genetics, childhood nutrition and others. So, various factors affect the acceleration of their growth.

However, adolescents reach puberty differently from one another, between boys and girls. During puberty, girls tend to be less tall than teenage boys. Annually, adolescent girls grow in height at puberty is 1-2 inches, while boys can reach 2-3 inches per year at puberty.

Adolescents, both boys and girls, reach puberty ranging from 8 years to 14 years. This is between 10 and 14 years for boys and between 8-13 years for girls.

Of course, in every formula and situation there are always exceptions, for clarity, you can refer to the following graph. This is a graph of the average height of a 16 year old boy and a 16 year old girl. 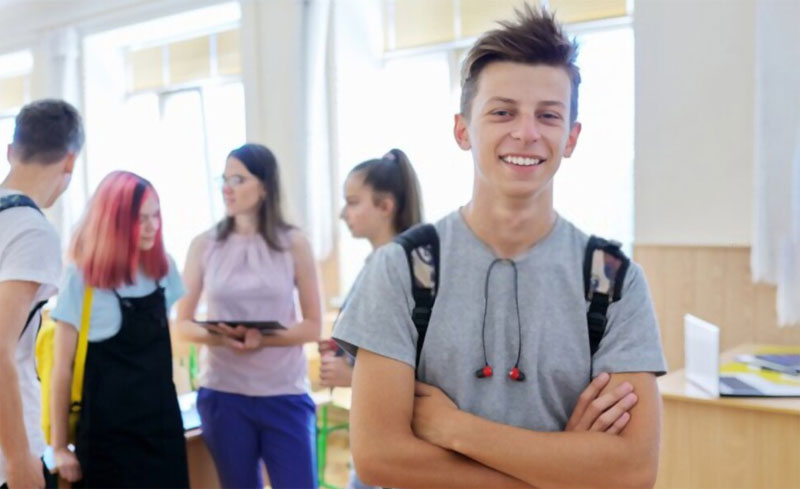 The average height for 16-year-old boy is 68.3 or 173.4 cm. According to the Centers for Disease Control and Prevention, most girls and boys stop growing between the ages of 18 and 20.

The growth chart has a specific pattern of the average height for a 16-year-old boys and girls. At the age of 2 years a girl sometimes has a height of 36 inches or 91 cm, then at the age of 12 years she has a height of about 4 feet 10 inches or 147 cm. Then, by the time he is 19 years old, his height will increase a little, this is probably about 5 feet 3 inches or 160 cm. There are also exceptions where a small percentage of women are still growing until the age of 22. This event occurs in women who can retain estrogen better than men. 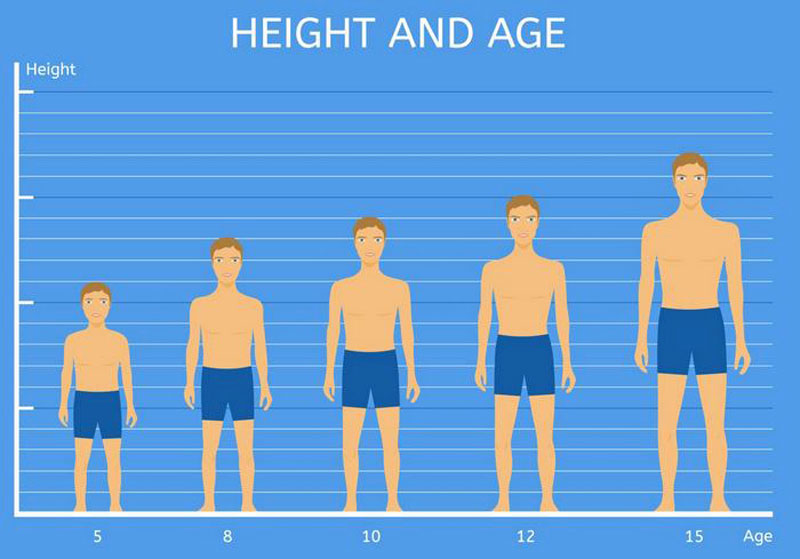 For more, you can see the more average height of teenage boy in the table below: 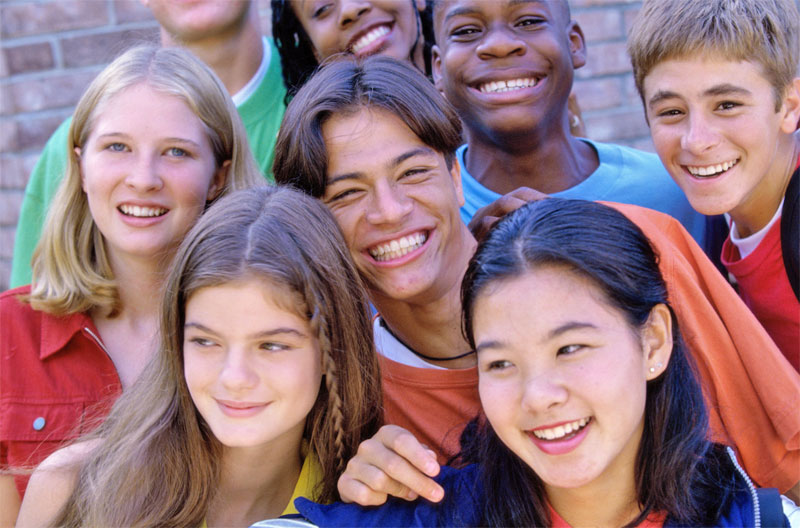 The average height for 16 year old girl is 5’2″. Girls’ height in general has an influence on several aspects of their lives. For example, affecting his self-esteem, social life, or influencing the potential to get a partner.

Usually, taller girls have better lives, are more confident and so on. While girls who are shorter, it is usually more difficult to find pleasure in life including finding a partner. But remember, the old law can also be the other way around.

We have mentioned above that girls experience puberty faster and of course they will experience puberty ending sooner. So, at puberty girls grow significantly and this will end at the age of 16 years. At this age, although girls are still growing, the acceleration is very small. While boys at the age of 16 years are sometimes at the peak of puberty and they grow very quickly when girls have stopped growing. Even if the boys are finished from puberty, they can also continue to grow, although not as fast as at puberty. Thus, the growth rate of men is faster than that of women.

However, you should not be pessimistic by only referring to the average height of a 16 year old girl or boy. Because this height is in no way an indication of their health. Height is affected by many things and factors and you can try to make your child taller. Here are some things that can affect the height of a girl or boy.

Factors That Affect Height At A Young Age!

In addition to puberty, there are other elements that affect the height of a child’s body size. Among them are genetics, growth hormones, problems with thyroid, insulin levels and many other things.

The growth of children in their teens is also influenced by how the health of children in childhood. If children experience nutritional deficiencies or starvation at the age of children, then their teenage years will experience obstacles to maximum development. Obesity and being overweight can also slow down a child’s growth. As a parent, you can strive for good nutrition for children from childhood so that their growth can be maximized later.

After we follow the explanation above, we understand that the closer to the end of puberty, the growth slows down, this is usually at the age of 15 years. In general, the average height for 16-year-old girl is 64.0 inches or 162.5 cm.

Remember, this is not a standard formula that does not changes, some children even grow not according to the chart but they are still healthy. So, this average height for boys and girls is only a guideline, and is not a requirement for adolescent health. If you think something is causing your child to slow down in growth, then it is important to consult a specialist.

Have you been experiencing Roof of mouth painful forever. Know the causes and how to prevent them. If you experience...

What is The Average Weight For 6’2” Male?

What is the average weight for a 6'2'' man and other men in general. To answer this question, we have...

What Does It Mean When Your Poop Smells Sweet?

What is the true meaning of sweet-smelling poop? Is this a result of the food that is eaten. That said,...

How Long Do the Mushrooms Last?

How long do the mushrooms last? Mushroom is a type of vegetable and it also survives like other vegetables in...

How Long Does Celery Last in the Fridge

Want to store celery in fridge and don't know how long last? Celery is a cooking vegetable that naturally gives...