Among foods that use mirin are Japanese foods such as sushi, ramen noodles, or seafood such as sashimi and tempura. If you like to cook various foods that use mirin, take it easy, we will share information about anything that can replace mirin. Japanese food is really very tempting and offers a lot of enjoyment. Take it easy, if you want to taste Japanese cuisine using mirin, you can make it yourself. Just search for Japanese recipes on the Internet, and use mirin or mirin substitutes that you make yourself.

If you’ve tasted Japanese cuisine, of course you know how it tastes. This Japanese cuisine has a very touching taste on the tongue and makes the tongue sway. The spice is “mirin”, this is the secret in Japanese cuisine. You do not need to panic, do not have mirin or run out of mirin from stock, we will explain some ingredients that can replace mirin perfectly.

Before we look at mirin substitutes, let’s take a closer look at mirin. Mirin is also known as Hon-Mirin. It might literally be translated as pure mirin. Pure mirin is Japanese rice wine which is slightly sweet and similar to sake but the alcohol content in mirin is only 14% and contains more sugar.

Mirin has bright or yellow to golden colors. It is an important ingredient in Japanese cooking and even becomes an important requirement that is always available in Japanese kitchens. Even in the course of Japanese life, mirin has its own history. There is a day in Japan which is called a national day, where on that day a variety of dishes are prepared using mirin, this is the day of Hon-Mirin which is commemorated every November 30th.

Once you get to know mirin, you will definitely want to add this Japanese spice to your cooking. But one thing that we really regret, getting mirin is very difficult, even in Japan it is difficult to find it in other countries. Ho-mirin is extraordinary because it is not just made just like that but goes through a process of aging for years like traditional Italian balsamic vinegar.

But if you find mirin at the grocery store, this is your luck, but you have to be prepared with expensive money because the original ho-mirin is expensive. For those of you who have not been able to find or get mirin or ho-mirin, don’t be sad because you can still prepare mirin substitutes. We herewith share some mirin substitutes that you can use in your cooking. May be useful! 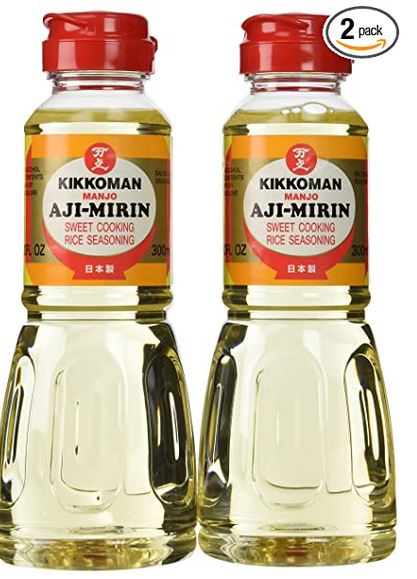 One substitute that can give almost the same taste as mirin is Aji-mirin. This includes a very close taste of ho-mirin. So, if you don’t find mirin at a local bakery or food, you can use this best mirin substitute. Indeed, Aji-mirin has many differences with Hon-mirin, but it contains less alcohol and even more sugar compared to Hon-Mirin.

However, there are alcohol-free Aji-Mirin, it only contains a lot of sugar, this depends on the brand that is sold.

Aji-Mirin is an alternative, this is not a spice used in Japanese cuisine but it can provide a delicious and different sensation in your cooking. One thing you should pay attention to is, Aji-Mirin uses a lot of sugar and sweeteners, just like corn syrup. So, if you are aware of the bad effects of sugar on health, choose another type. For diabetics, we do not recommend using this product. 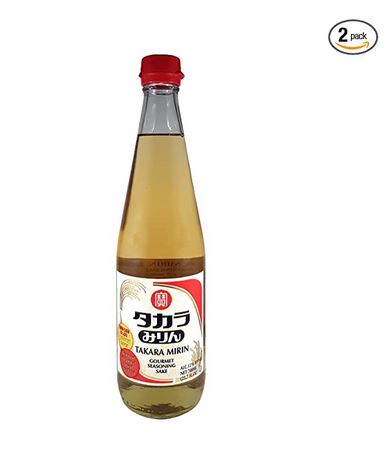 In addition to using Aji-Mirin as a substitute for Hon Mirin, you can also use Takara Mirin, this includes a substitute that is closer to Hon-Mirin in giving flavor. Takara Mirin contains 12% alcohol and has a stronger taste. The alcohol comes from the sake content, this sake is made from shochu rice. Please note that shochu rice is an ingredient traditionally used in pure Mirin. So, Takara has a taste rather close to the original mirin. Your dish will taste more delicious, and similar to Japanese cuisine that is widely available in restaurants.

Dry sherry is also one of the famous mirin substitutes. Dried sherry is made from dried grapes, or known as palamino grapes, this dry grape is mixed with Brendy and stored for aging. In Japanese cuisine, very much in use dry sherry because it can give a sour and damn stiff taste. 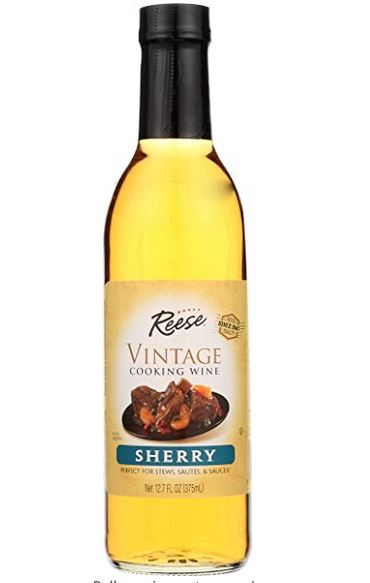 Get it on Amazon: Reese Sherry Cooking Wine, 12.7 oz

Dry sherry can be an alternative to replace Mirin, but the taste is still different from the taste of authentic Japanese cuisine, but don’t worry because your problem will be more pronounced. 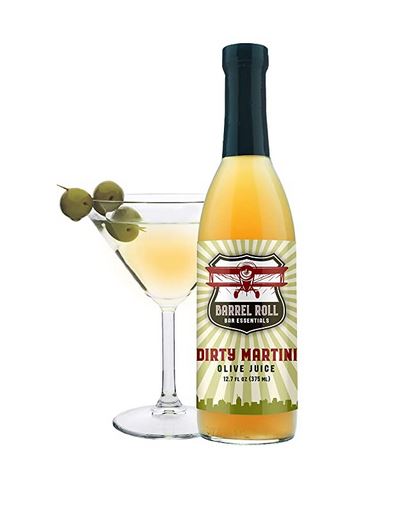 There is another best substitute for mirin that you can add to your cooking. This is Vermouth. If you don’t find dry sherry, you can use vermouth, this is very similar to dry sherry with the same taste so that it becomes one of the alternatives to replace mirin.

What is Vermouth? This is an aromatic wine enriched with Brendy flavor. Besides brandy, he also added sweeteners and various spices. So, this is one of the best recipes in cooking. Vermouth is divided into two, red and white, red that has a sweet taste and white that has a dry taste, but if you want to cook, both are good for your kitchen.

Just like the recipe for using dry sherry instead of Mirin, using vermouth also needs to add sugar if you replace it with mirin.

This is a Marsala wine made from marsala wine, very suitable as a substitute for mirin. To display a sauce that is rich in spicy flavor, caramel flavor, very fitting to use marsala wine.

Marsala wine is also good for changing vegetable dishes, marinated marinated meat becomes more delicious. If you choose to use sweet marsala, you don’t need to add sugar anymore. By just adding marsala we can bring delicious and delicious Japanese-style cuisine at the family meal table.

Get it on Amazon: Marsala Cooking Wine(128 FL oz)

However, if you are sure to use white wine instead of mirin, then you should add enough sugar. The ratio of sugar you use is 2: 1 (two spoons of sugar for one spoon of white wine).

Sake is the next liquid that you can use instead of mirin. As we know that sake is an ingredient in mirin. So, it’s not wrong if we use sake instead of mirin. Sake and mirin have been popular ingredients in Japanese cuisine for years. The similarity between the two often makes people call mirin by the name “sweet sake”. But there is a very striking difference, sake contains more alcohol.

If you cook meat or fish that seems fishy, ​​then sake is the best ingredient to eliminate the smell of meat and fish. The addition of sake is usually before cooking so it is very fitting as a marinating tool to produce delicious and unforgettable flavors.

However, because of the high alcohol content, then when you add sake in cooking, don’t forget to add sugar. The aim is to neutralize alcohol and give a taste that is more similar to Hon-Mirin. One teaspoon of sake can be added with 2 tablespoons of sugar. So, to replace Mirin, you only need to follow this ratio for every one tablespoon of mirin you need.

White grape juice is another alternative to replacing mirin. All of the mirin substitutes that we have explained above contain alcohol, it’s just a lot and not a lot.

But this time we distributed alcohol-free substitutes. For those of you who don’t like alcohol, especially to Muslims who don’t consume alcohol (forbidden to consume alcohol), then the most suitable substitute for mirin in Muslim recipes is white grape juice mixed with lemon juice.

The ratio of the mixture is one tablespoon of lemon juice for every one cup of white grape juice. This will replace this famous mirin, so now you can get the right taste for your cooking without you having to contain alcohol.

Rice vinegar, also known as rice wine vinegar, is also one of the non-alcoholic mirin substitutes. The rice vinegar is more popular by the name of rice wine vinegar, but there is a mistake in using this name because this is only a fementation process that is done to produce acetic acid, not wine. So, this is a good substitute for your mirin. Without mirin you can now cook delicious Japanese dishes like those who use mirin.

Rice vinegar is not strong, mild and slightly sweet. Because it is said to be vinegar, there must be a sour taste. So in every one teaspoon of vinegar, don’t forget to add half a teaspoon of sugar. This purpose is to ward off and neutralize the taste of vinegar.

The balsamic vinegar is another good alternative to replacing mirin. Balsamic vinegar is a wine vinegar from a variety of grapes. Each of the wines is chosen for premium quality so it produces an extraordinary taste. Not only that, balsamic vinegar has also been stored in, at least it has been left in a wooden barrel for 12 years. There are also 18 years or even one hundred years. The longer, the better the quality of vinegar and the more expensive the price.

Balsamic vinegar is very good for replacing mirin, good for salads, dipping, gourmet spices, and soup soup. Just a little balsamic vinegar can give your food an extraordinary taste.

In the final sequence that we chose as the best substitute for mirin is apple vinegar. Apple cider is a fermented juice containing alcohol. Apple vinegar has a strong taste and is made from apple cider. This is one good cooking ingredient too.

But for us it’s better to use apple cider than apple cider vinegar, especially if you are cooking broth and soup. Add sugar and salt to the dish so that it balances with the apple cider you use.

How To Clean Microfiber Couch and Others Furniture

Do you often use Cheese Cottage in food. What if it runs out of stock? Don't worry because there are...