Best Muslim Football Players – Football is a prestigious sport around the world and is followed by many different ethnicities and religions. The Islamic world has contributed a lot to the most popular sport in the world. Do you know who are the best Muslim football player in the world today? If not, we will review it for you, at least we will mention 15 of the world’s best Muslim footballers who make their fans satisfied with their actions in the world of football. Who they are, let’s continue to follow our review below!

Football is an inclusive sport that has brought people together. The Premier League and other elite European leagues have a very large Muslim population. Below we will share with you a list of the 15 top and best Muslim football players in the world, we are sure all football fans love them. 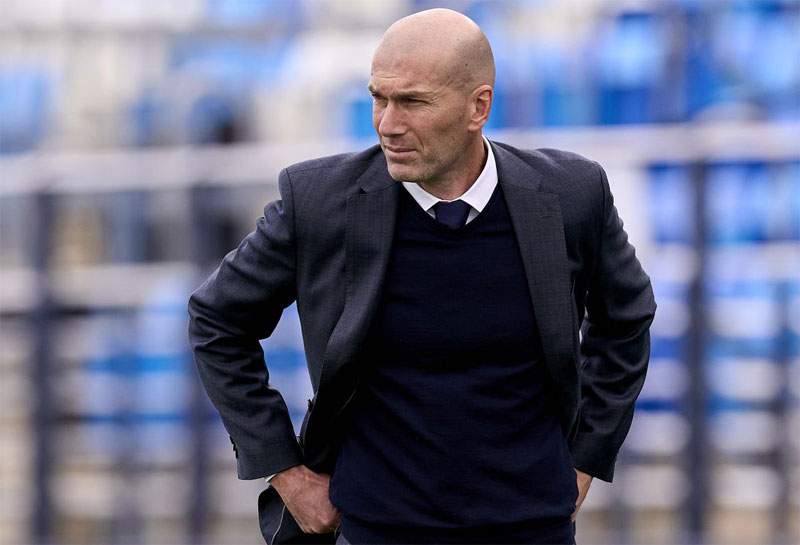 One of the best Muslim football players in the world has ever known is Zinedine Zidane. Since he won the Champions League with Real Madrid, Zinedine Zidane has been involved in management.

Zinedine Zidane is a Muslim even though he does not show that he is a religious person. He said he did not worship as commanded in Islam. His wife is Veronica, and is a Christian. Some mentioned that Zinedine Zidane always prayed when he was about to start every football match.

In 2016, Zinedine Zidane was included in the list of 500 influential Muslims in the world held by the Royal Islamic Strategic Studies Center of Jordan, where it was noted that:

“Zinedine Zidane is a humble person and this is why he is loved by people all over the world”.

Now that Zinedine Zidane has retired from football, since he was still active in the world of football, he is very proud of the world and is considered the best Muslim football player in the world even today. 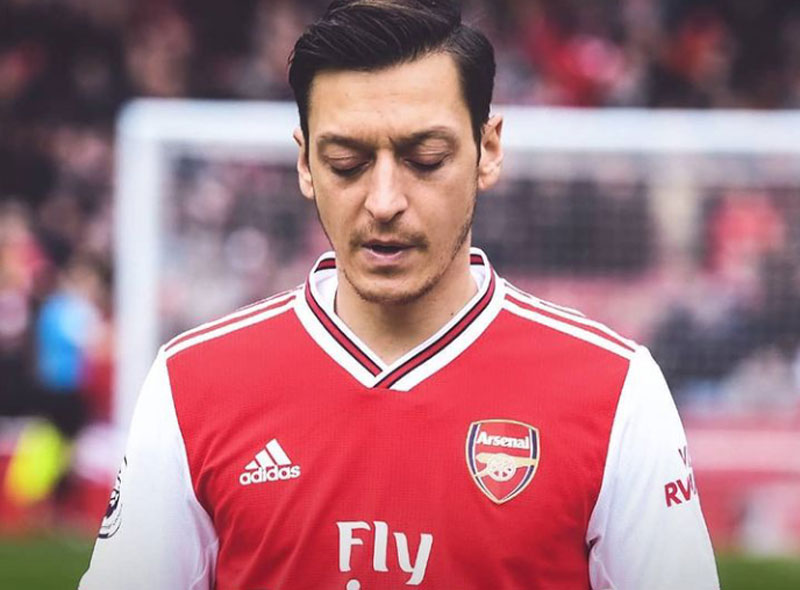 Furthermore, the best Muslim football players in the world is Mesut Ozil. He plays in the premier league and recently joined Turkish League club Fenerbahce.

He is an active footballer in the world and as a Muslim he is always seen praying to Allah SWT on the soccer field. Before football matches, he even seems to always read verses from the Koran. Unlike Zidane, Mesut Ozil is a devout Muslim.

Once Mesut Ozil once said:

“I always wheel before going off the pitch, I wheel and my team knows they can’t talk to me as long as I’m in a state of prayer.”

Mesut Ozil is a person who is good in religion, this can be seen where he always obeys the signs in religion. Once he was recorded picking up food that fell because it was thrown by opposition supporters during a match between Arsenal and the Spanish side Atlético Madrid.

He kissed and patted the bread (food) before placing it on the sidelines. This is a gesture made to show that Islam does not waste food. Food is something to be respected. 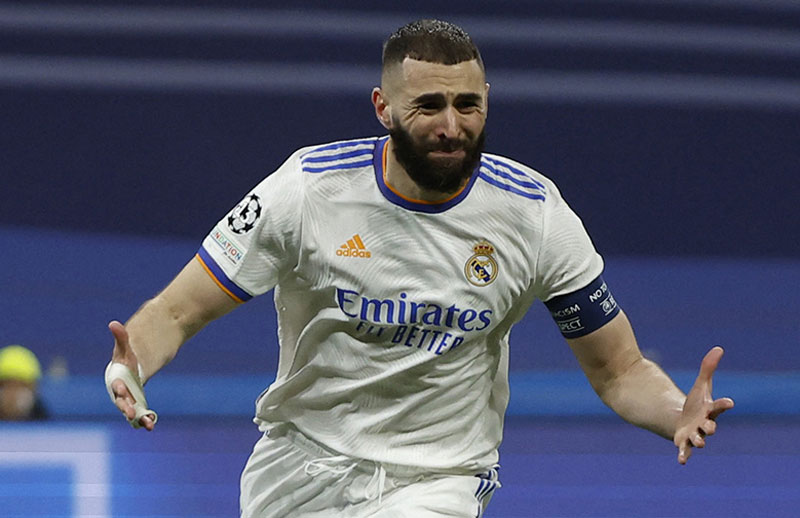 Benzema also the same as Ozil who every time enters the ball field on wheels for the success of his match. He is also a devout Muslim, where in the month of Ramadan he always fasts. 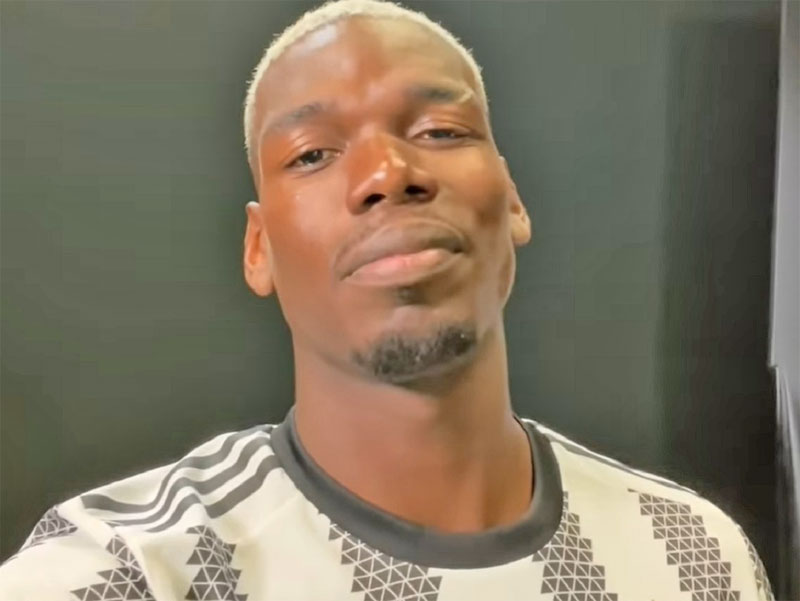 Paul Pogba is also one of the best Muslim football players in the world who is considered a very valuable player. He is a devout Muslim since childhood. Pogba also listed as a very famous and featured player in the Muslim Premier League.

He is now 29 years old and many people are amazed by his football skills. Many argue that Paul Pogba is a future Ballon d’Or recipient.

In 2016, Paul Pogba returned to his former club, Manchester United and was signed to a 5-year contract for £89.3 million. Paul Pogba is renowned for his stunning goal celebrations and for his unique hairstyles.

As the best Muslim football players in the world, he is also known as a religious person. Before starting a football match, he always reads his best prayers and he is also famous as a Muslim who has performed the pilgrimage to Mecca.

N’Golo Kante is the best Muslim footballer in France. He first made his debut at Boulogne, and then he played for Caen, Leicester City, and in the end, N’Golo Kante played football as a central midfielder for English club Chelsea and the France national team.

N’Golo Kante is a Muslim by birth, his parents are Malian and in 1980 he migrated to France. In France, he grew up in a small flat in Rueil-Malmaison, Hauts-de-Seine. Now he is the popular as the best Muslim football player in the world.

There is another Muslim best football player who is on the rise at this time. His name is Mohammed Salah Ghaly, he is the best footballer from Egypt who is currently playing in the Egyptian National Team and as a striker at English Club Liverpool.

There is a distinct advantage of Mohammed Salah Ghaly, he is very fast moving. When he played for Liverpool, he formed a great team.

Mohammed Salah is famous for his speed in playing football and was awarded as the best player in Liverpool England in 2017 – 2018. Mohammed Salah had scored the most goals and for this achievement was awarded the golden boot. As the best Muslim football player in the world, he always starts his game by praying to Allah.

Mohammed Salah is not only religious but also famous as the best ambassador of Islam. As proof that he is a believer in religion, there are some words that he says.

Then, there is another best Muslim footballer from Belgium, his name is Marouane Fellaini-Bakkioui. He played as a midfielder for Manchester United and the Belgian national team.

Marouane Fellaini-Bakkioui is known as one of the most active professional players. His unique hairstyle made him even more famous, besides he played the greatest midfielder.

Emmanuel Adebayor is an African footballer who was born in 19894 in Togo. He played in several well-known European clubs including as a great player at Arsenal, Real Madrid, Manchester City and Tottenham Hotspur. Now he plays at Turkish club stanbul Başakşehir.

Emmanuel Adebayor has been a convert to Islam since 2015, that’s when he underwent a sacred ceremony, namely saying two sentences of shahadah which became proof that he embraced Islam. He already believed in Allah as the one and only, and believed in the Prophet Muhammad as Allah’s servant and messenger.

Another best Muslim football players in the world, his name is Nicolas Anelka. He played as a forward in French football and in the French National Team.

Nicolas Anelka’s superiority in playing is due to his speed, technique, and ability to score goals.

Eric Abidal is a Muslim world’s best soccer player and has now retired from this most impressive sporting club. He used to play in Barcelona and in 2011 he was diagnosed with a liver tumor.

Previously he was a Christian and in 2007 decided to leave Christianity and convert to Islam. He converted to Islam because he received guidance when he married a gymnast girl from al-Jazair, Hayet Kebir.

Antonio is also best Muslim football players in the planet. He plays for La Liga club Real Madrid as a centre-back, and also plays for the German national team. Antonio Rudiger started his career at VfB Stuttgart.

Antonio Rudiger joined his first Roma in 2015 on loan. A year later paid a price of € 9 million fee. Then, Chelsea signed Antonio Rudiger in 2017 for an estimated £27 million, during which time he won the FA CUP in his first League and the second season of the UEFA Champions League in 2021.

Ilkay Gündoğan plays as a midfielder for the Manchester and Germany national teams. He played for the club’s reserve team in 2008, and then joined FC Nuremberg, to be precise the following season.

In 2011, Ilkay Gündoğan was then taken over by Borussia Dortmund, immediately in his first season he won the double for the Bundesliga and DFB-Pokal.

After playing 157 games and scoring 15 times, Ilkay Gündoğan then signed for Manchester City for £21 million in the summer of 2016.

In 2021, Ilkay Gündoğan was named Premier League Player of the Year for his outstanding performances.

Sadio Mané is a famous and best Muslim footballer in the world, he is a striker in the Bundesliga club, Bayern Munich club and as a striker in the Senegal national team. He started his sports career at the age of 19 with Ligue 2 club Metz. But then he joined Austrian club Red Bull Salzburg in 2012 and for this he was paid €4 million.

The fee given is €32 million, and will likely continue to increase to €41 million, thanks to his performances and individual and team success.

He is also include in one of the best Muslim football players in the world and is renowned for his incredible left footed kick power. Riyad Mahrez signed for AAS Sarcelles as the youngest footballer and this is where he started his career.

In 2014 he started playing with Madeleine vreux club. He once signed a contract with Rennes, and then played for ALM Evreux and Evreux FC 2. On 9 November 2014 he scored his first goal, and all in 18 games he scored 13 goals.

Thanks to his outstanding performance, he was later named MVP and the Bundesliga’s Rookie of the 2016–17 season. In 2017 he made his debut at the club Barcelona and that time against Spain and scored his first goal in the Champions League against Chelsea.

Some of the most frequently asked questions about the world’s best Muslim football players.

Who is the best Muslim in football?

Zinedine Zidane is believed to be the world’s best soccer player with an Islamic background. He has won the Champions League twice with Real Madrid.

Are there any Muslim footballers?

Yes, Muslim football players are so many, more than 100 players.

Which famous footballers are Muslim?

Dian, there are many Muslim football players, there are some very famous and well-known names that are even considered the best soccer players in the world, they are:

Who is Muslim in Juventus?

In the Juventus club, the Muslim player is Miralem Pjanić, and he is considered an integral player at the club.

Who are the Liverpool Muslim players?

At Liverpool, England, there are some other of the best Muslim football players, including Sadio Mane, Naby Keita, Mohamed Salah and Ibrahima Konate. Now more and more talented Muslim players are emerging and this will continue to grow.

How Fast Am I Walking? How to Measure The Walking Speed?

Best Offline Android Games - You will definitely like to play games on your Android. Indeed, playing games is very...