Here we have provided many of the best substitutes for pork belly. Some are from pork and some are from other animals. For Muslims, they should only take those from halal animals.

Among the meats that are suitable for replacing pork belly are Pork Bacon, Goose Meat, Pork Shoulder Cut, Pork Fatback, and some halal meats that can replace pork belly are: Duck Meat, Beef Bacon, Turkey Bacon, etc. There are even substitutes for non-animal ingredients such as tempeh and soybeans.

Some of the best substitutes for this pork belly will be your best bet. When you use this substitute, you will not notice any noticeable difference in this regard. Ok, let’s just start with some types of meat that come from the pork itself. 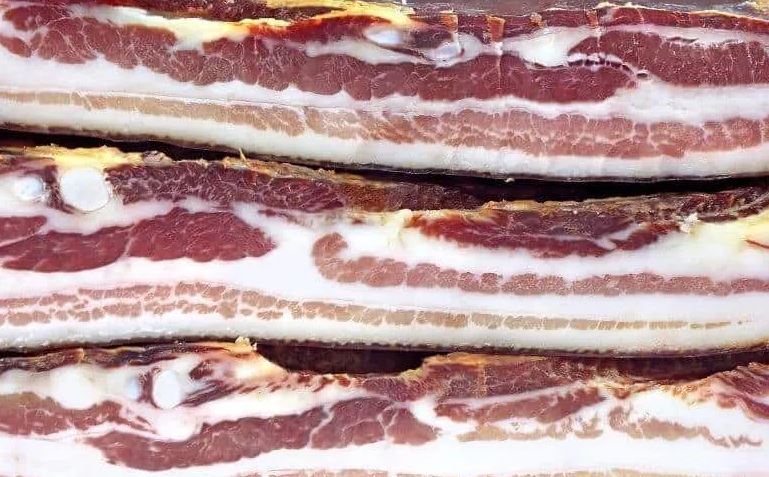 One substitute that is very close to pork belly is pork bacon or marinated sliced ​​pork. It’s the best substitute ever and you don’t have to worry about the taste. However you cook it as long as you use the recipe for pork belly dishes, you will get the same and similar taste as pork belly dishes.

In addition, pork bacon is a very popular choice. To cook like pork belly, follow the directions in the pork belly recipe including the amount of meat. Use the same amount and the same spices. It’s just that you should reduce the salt because the pork bacon is already salty, you need to reduce the use of salt so that the food is not too salty. 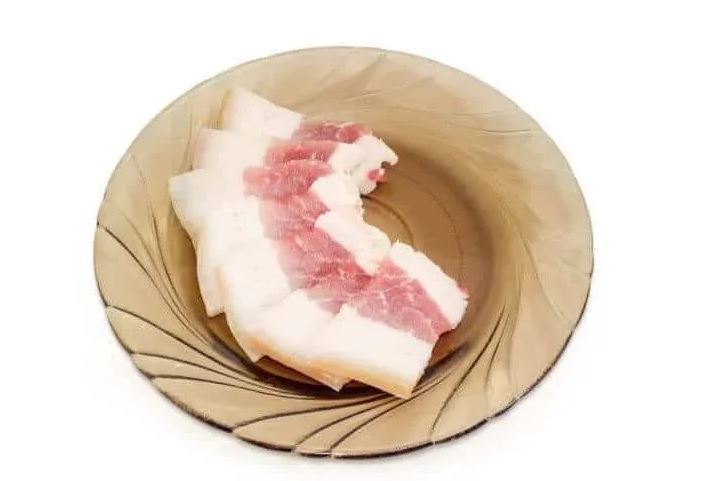 Apart from pork bacon the best substitute for pork belly is Pork Fatback. Pork Fatback is pork from the back of the thigh which is rich in fat. It is also very delicious for those who have tasted it. The high fat content makes their meat savory and rich in flavour.

If you don’t find pork belly, then in the recipe for pork belly, you can replace it with Pork Fatback.

For some people Pork Fatback is much tastier than pork belly. You can use the same spices and the same amount as in the pork belly recipe. For extra richness, you can grill pork fat, or add vegetables, hot sauce and a little chili.

Pork shoulder strips are a great choice to replace pork belly. It’s true that not many people use it, it’s just because pork shoulder is as hard to find as pork belly. But if you find the meat part of this pork shoulder, then this is the best substitute for your favorite pork belly recipe.

Pork shoulder is also meat that is rich in fat so it tastes savory and delicious. To get a taste that is more like pork belly, you should marinate in the marinade for 1 hour, then cook it. This soaking process will make the taste of the meat blend with the spices so that it feels delicious.

You can cook pork shoulder strips in a number of ways. You can bake them, in the oven or by frying them in a frying pan. Use the portion of seasoning as in the pork belly recipe. 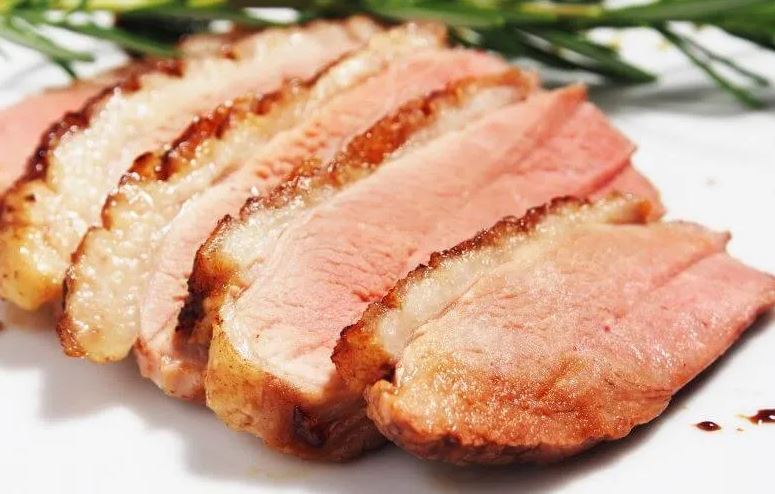 Next, the best option to replace pork belly in a recipe is duck meat. It is halal and healthy food compared to pork.

for Muslims, it’s the best choice for making rich dishes like pork belly dish. Duck meat is mushy, fatter and fatty, making it a good choice in making dishes similar to pork.

However, to give similarity, duck meat must be made into bacon first. Then just cooked with pork belly recipe. You can also buy duck bacon that is ready to cook.

Use the same spices as in the pork belly recipe. But don’t limit yourself to just pepper and salt. You need to use more seasoning to make it taste like pork belly. 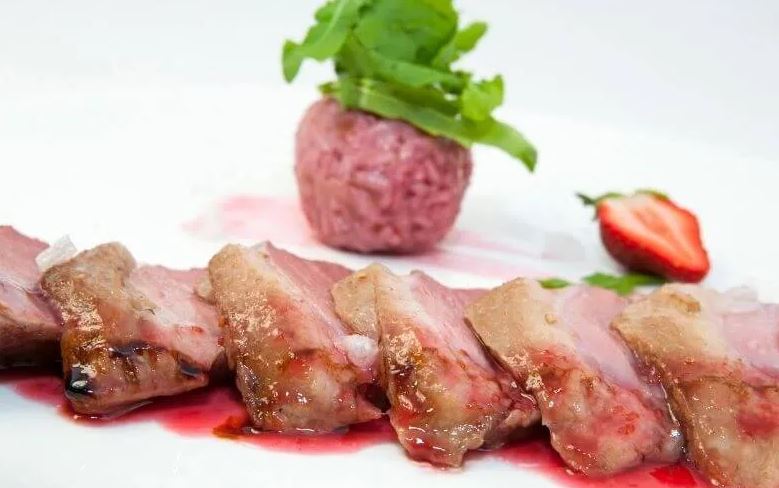 Goose meat to be used as the best substitute for pork belly must first be made into goose bacon. Also use the body parts of the goose that are fatter and larger.

Once you’ve turned the goose into bacon, you can find the balance of the meat and then just have to use the same recipe.

You need to know that goose meat is tougher than goose belly meat. So, to achieve the same texture, you have to soak the goose meat in oil and spices for an hour, then continue with cooking.

To marinate the goose, you can use any oil and also use the spices in the pork belly recipe. Soak for an hour and cook. This will give it a taste similar to real pork belly.

For those of you who want to replace pork belly with halal and healthy meat, you can substitute beef for pork belly, choose beef bacon and cook with the spices provided for pork belly. Replacing beef with pork belly aims to find a taste like pork belly.

For beef bacon, as long as you use the pork belly recipe, you will find a rich and similar taste to pork belly cooking. But meat is healthy and can be consumed by Muslims.

May You Also Interest in:

Turkey bacon is also an alternative to pork belly. This is a healthy low-calorie food so it is suitable for those who pay attention to diets.

Another substitute for pork belly is beef in beef belly. Beef belly is almost the same texture as pork belly, so both make great substitutes.

Apart from animal meat, there are some of the best alternatives to beef from non-animal ingredients.

This is the best choice for you who are vegetarians. If you can’t eat meat, those of you who want to try the pork belly recipe, you can try some ingredients such as soybeans, tofu, beans and tempeh.

Tempeh and soybeans, beans are a protein-rich option as are meats. This is the best alternative for vegetarians like you. You can use the pork belly recipe but use tempeh or beans instead of pork.

From some of the descriptions above we know that there are some of the best pork belly substitute halal in eating.

Among them are beef belly, turkey belly, beef bacon, goose bacon, duck meat, all of which have similarities with pork. So, for those who want to eat pork belly, now you have the best halal alternative. This is the best chance to give it a try, no more consuming dirty, bacteria-rich pork and tapeworms. But now there are healthier options for a similar taste.