Dua For Safar (Prayer for Traveling)

Dua for Safar – What does Safar mean? Before we learn the prayer for traveling, of course we must know what it is so that the prayer is correct and properly practiced.

So, safar is an Arabic term which means traveling. Take a trip or transportation. In traveling we are encouraged to pray, there is a special prayer that is recommended by the Prophet Muhammad to be read by his ummah who travels. Here, we will learn the dua for traveling or prayer for traveling. The mean of safar here is general, meaning it can be done with anything, by car, boat, ship, plane or by foot etc. 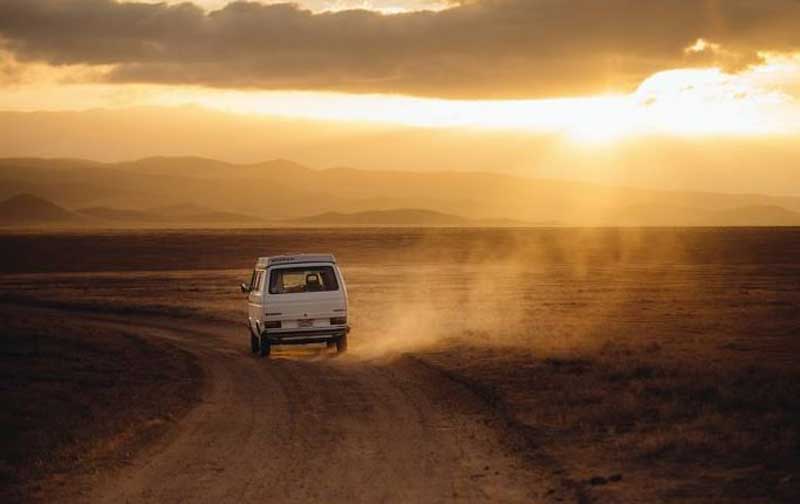 Supplication or Dua For Traveling

In short, this hadith teaches us to recite things like the following:

For those of you who want to see the complete hadith, you can look in the book Jami At-Tirmidhi, Vol. 6, Book of Supplications, Hadith 3446 Ali bin Rabi’ah said:

“I witnessed Ali having an animal brought to him to ride. When he placed his foot in the stirrup he said: ‘In the Name of Allah,’ (Bismillah) [three times]. So then, once he had ascended upon its back, he said: ‘All praise is due to Allah.’ (Al-Hamdulillah) then he said: Glory is to Him Who has subjected this to us, and we were not able to do it. And, surely, to our Lord are we returning (Subhan Alladhi Sakh-khara Lana Hadha Wa Ma Kunna Lahu Muqrinin. Wa Inna Ila Rabbina Lamunqalibun). Then he said: ‘All praise is due to Allah (Al-Hamdulillah)’ – three times – and ‘Allah is the Greatest (Allahu Akbar)’ – three times – ‘Glory is to You, indeed I have wronged myself, so forgive me, for indeed none forgives sins except You (Subhanaka Inni Qad Zalamtu Nafsi Faghfirli Fa-Innahu La Yaghfirudh-Dhunuba Illa Ant).’ Then he laughed. So I said: ‘O Commander of the Believer! What caused you to laugh?’ He said: ‘I saw the Messenger of Allah do as I did, then he ﷺ laughed, so I said, ‘What cause you to laugh?’ He said: ‘Indeed, your Lord if very pleased with His worshipper when he says: “O my Lord, forgive me my sins, indeed, no one other than You forgives sins.”

Invocation or Dua For Traveler

In the name of Allah, and Praise be to Allah. Glory be to the one who has placed this (transport) at our service and we ourselves would not have been capable of that, and to our Lord we will surely return.

For the complete travel prayer, you can read it as follows when you ride the vihicle. This dua also welknow as the dua for riding the transportation, anything transportation. So, if you travel only by your feet, you not recite this dua.

O Allah, we ask You for goodness, piety, and deeds that You are pleased with on this journey of ours. O Allah, make this journey easy for us, bring us closer for the far distance. O Allah, You are a companion in the journey and a substitute in the family. O Allah, I seek refuge in You from a difficult journey, a sad place of return, and a bad view of wealth and family.”

Dua for Safar when Reach the Destination

When we arrive at the destination of our journey, there is a prayer that is recommended for us to read. This is related to our safety on the road, and asking Allah that the place we are going is good, the society is good, and there is no evil and no evil whatsoever.

“O Allah, You are the Lord of the seven skies and all the things that are under these skies and the seven planets and whatever is over these and of Satan who misled and all those misled by him and for the wind and all that it blows. Thus we seek the good of this town and the good of its members (people) and seek refuge from its evil and the evil of its members and from the evils of whatever is in it”. (Hisnul Hasin from Ibn Habban)

Other Hadiths About Safar and Safe Journey

The two journeys we mention in this article are well-known prayers for travel, and many more are recommended. Now we will focus on the advice and advice of the Prophet Muhammad for those who travel.

1. It’s Better To Travel or SafarWith Others

So the bottom line is that it’s not good to travel alone because the potential for danger is greater. So, if you want to go on a long trip, go with friends, at least with two friends so as to form three people in one group.

See too: The Best Dua After Salah

2. Dua When going up and down in Safar

To be allowed to pray briefly or shorten the prayer, there are conditions that must be met. For example, the distance traveled, the trip is not for immorality, and the prayer that can be shortened is the four cycles of prayer, namely dhuhur, asar, and isya.

While the maghrib salah, should not be shortened because of three raka’at, but may be collected at the time of Isha with certain conditions and this is called Jama’ Salah.

So, the distance that is allowed to shorten the prayer is 16 Farsakh. Ibn Abbas explained that the minimum distance allowed for qasar prayers (shortening prayers) is 4 burds or 16 farsakhs. 1 farsakh = 5541 meters so 16 farsakhs = 88,656 km. This opinion is believed by the majority of mazhab scholars such as Imam Malik, Imam Ash-Shafi’i and Imam Ahmad and the followers of the three Imams.

To be clear about the procedure for shortening the prayer during the trip, InshaAllah we will write another article.

Dua for Having A Baby Boy – Read in Early Pregnancy

Dua for Having A Baby Boy - Getting children or offspring is something that is really coveted by all parents....

Dua to prevent sleepiness, have you ever had a lot of work that wasn't ready, you had to work at...

Adhan is a call for Muslims to pray five times a day and night. Every time the prayer time is...