Dua qunoot in Salah is something that is sunnah or recommended to be recited. In the Shafi’e school, the qunoot dua is one of the dua that recited in Salah Fajr (subuh), namely at the last rak’ah of the Subuh prayer or after bowing in the second rak’ah of the Fajr Salah (prayer).

In addition to the dua qunoot in the Fajr prayer, there is also a sunnat (mustahab) for reading the qunoot dua in the Salah witr or the last rakaat of the Salah witr on the nisfu (second half) of the Ramadan.

This Dua Qunoot is as conveyed by the Prophet Muhammad in the hadith.

Reading the dua qunoot is some things sunnah to be recited for those of the Imam Shafi’e school of thought. It is different from other schools which sometimes do not recommend for reading the Qunoot dua in the Fajr prayer.

So, Which is the correct view?

Everything is true, the Islamic scholars have their own arguments in taking the law regarding sunnat reading the Qunoot dua in the Subuh prayer or those who do not give the sunnat law. Each of them has hujjah (proof) and syar’i evidence in this regard.

Now, we are talking about the Qunoot prayer in the Salah Witr and the Salah Fajr. Ok, reading qunoot in the witr prayer (last raka’at) is not something that is obligatory, but it is mustahab (recommended to be read), if someone does not recite it, then his Salah is valid but he does not get the reward of reading qunoot.

Likewise with dua qunoot in the Subuh prayer, according to the Shafi’e school of thought it is a sunnah dua to be read, not something that is obligatory. 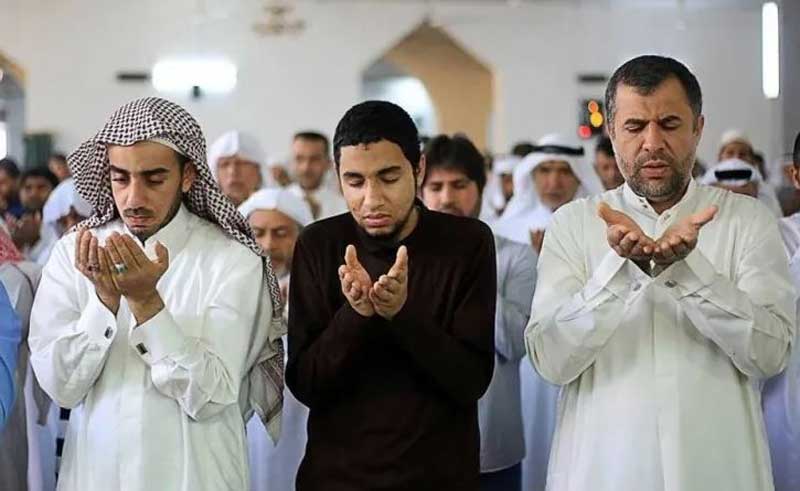 Reading dua qunoot in the Salah Fajr or Subuh (Shafi’e school of thought) and qunoot in the witr prayer in the month of Ramadan in the last rak’ah is a recommended Dua (sunnat or mustahab) to be read.

What is the Qunoot Dua In Arabic

As Narrated by Al-Hasan ibn Ali (who is the grandson of Muhammad (ﷺ)) he was taught by Rasulullah SAW to recite the qunoot prayer in Arabic as follows:

Inshallah, you will find the transliteration which is very useful in the memorization and reading process. Below is the english translation of dua qunoot.

Imam Hanafi has a different dua qunoot to recite at the Witr prayer. This is the pronunciation.

Meaning: O Allah! We invoke you for help, and beg for forgiveness, and we believe in you and have trust in you and we praise you, in the best way we can; and we thank you and we are not ungrateful to you, and we forsake and turn away from the one who disobeys you. O Allah! We worship you and prostrate ourselves before you, and we hasten towards you and serve you, and we hope to receive your mercy and we dread your torment. Surely, the disbelievers shall incur your torment.

Which of the Two Should We Recite?

Narrated by Ibn ‘Uqayl al-Hanbali (may Allah have mercy on him) that dua’s from the Prophet (ﷺ) should be what is recited as regular word, and anything added to it is by way of a concession. He said: What is mustahabb or sunnat in our view is the qunoot dua that has narrated by al-Hasan ibn ‘Ali from the Prophet (blessings and peace of Allah be upon him): “Allahumma ihdini…” – This is a Masyhur hadith, and this is also in accordance with the prayer recommended in the Shafi’e school of thought.

Read also: Bismillah before Salah, This is the Explanation

He said: If someone adds sentences like those in the narration of ‘Umar (may Allah be pleased with him), “Allahumma inna nasta’eenuka… (O Allah, we seek Your help)…”, this can also be done and nothing wrong with this.

Most Ulama say that the recitation of the dua qunoot is after ruku’ (i.e. after saying sami ‘allahu liman hamidah). Then you raise your hands and recite du’a qunoot. After completing the Qunut prayer, the priest will recite the Takbir (Allahu Akbar) to descend in prostration (Sujud). However, there are some scholars who say that qunoot can also be read before performing Ruku’.

Is Qunoot dua found in the Quran?

No, you will not find the qunut prayer in the Quran, this is the shari’ah that comes from the Hadith of the Prophet (ﷺ).

These are Dua Qunoot Sources From Hadith

Hadith is a proof that Rasulullah SAW recited qunoot in the last raka’at of Fajr prayer after Ruku’.

Narrated by Muhammad bin Sirin: Anas was asked about qunoot, “Did the Prophet (ﷺ) recite Qunut in the Salah Subuh?” Anas answered in the affirmative. He was further asked, “Did he recite Qunoot before bowing (Ruku’) ?” Anas replied, “He recited Qunut after bowing for some time (for one month).” Sahih al-Bukhari 1001

2. Qunoot in Subh Salah and Maghrib

Hadith that shows the dua qunut at Maghrib and Fajr prayers.

It is also recommended to read the Qunut dua at the witr prayer, in the last raka’at after bowing’.

This is a hadith narrated from Ubayy bin Ka’b that: The Messenger of Allah (ﷺ) used to pray witr with three rak’ahs. In the first he would recite: “Glorify the Name of Your Lord, the Most High” in the second: “Say: O you disbelievers!”, and in the third: “Say: He is Allah, (the) One”. And he would say the Qunut before bowing, and when he finished he would say: Subhanal-Malikil-Quddus (Glory be to the Sovereign, the Most Holy) three times, elongating the words the last time. Sahih (Darussalam) Sunan an-Nasa’i 1699

As a naqli (hadist) argument for reading the dua qunoot at the witr prayer is a hadith from Abu Dawud.

Abu Dawud said: This version of tradition is not well know. There is doubt that Hafs may have narrated this hadith with a narration other than Mis’ar. Abu Dawud said: “It is reported that Ubayy bin Ka’ab used to recited the supplication (in the witr) in the second half of Ramadan. Sunan Abi Dawud 1427

5. Source for what to be Recited in Qunoot

How to recite the qunoot dua or what to read in the dua qunoot. Narrated Al-Hasan ibn Ali: The Messenger of Allah (ﷺ) taught me some words that I say during the witr. (The version of Ibn Jawwas has: I say them in the supplication of the witr.) They were: “O Allah, guide me among those Thou hast guided, grant me security among those Thou hast granted security, take me into Thy charge among those those Thou hast taken into Thy charge, bless me in what Thou hast given, guard me from the evil of what Thou hast decreed, for Thou dost decreed, and nothing is decreed for Thee. He whom Thou befriendest is not humbled. Blessed and Exalted art Thou, our Lord.” Sunan Abi Dawud 1425.

See also: Dua Before Sleep: Arabic, Latin and Its Meanings

6. Qunoot Before or After Ruku

A hadith narrated where Anas bin Malik said: He was asked about Qunoot in the Subh Salah, and he said: “We used to recite Qunut before Ruku’ and afterwards.” Sunan Ibn Majah 1183.

The Dua Qunoot is a dua that is recommended to be read in certain prayers. In the Shafi’e school, recommended to recite the qunoot dua at the Subh prayer and at the Witr prayer in the last half of Ramadan. Then, according to a strong opinion, that the reading of qunoot is after bowing in the last rak’at of the Fajr or Witr prayers/Salah.

Organic Bananas vs Regular Bananas: Which is Better?

Dua for Having A Baby Boy – Read in Early Pregnancy

Dua for Having A Baby Boy - Getting children or offspring is something that is really coveted by all parents....

Dua to prevent sleepiness, have you ever had a lot of work that wasn't ready, you had to work at...

Adhan is a call for Muslims to pray five times a day and night. Every time the prayer time is...