by Sarah
in Land Animals
0 0

The fire snail is a rare snail found in Malaysia, its shape is larger than ordinary snails and it looks redder and flaming. when you see it, you will be amazed and feel attracted to it.

Fire snails are only found in a radius of about 100 km in certain areas in Malaysia. It seems that these aquatic animals must be preserved and become pond animals. Here we will explore more about fire slugs and find out more about them.

What is the Fire Snail? 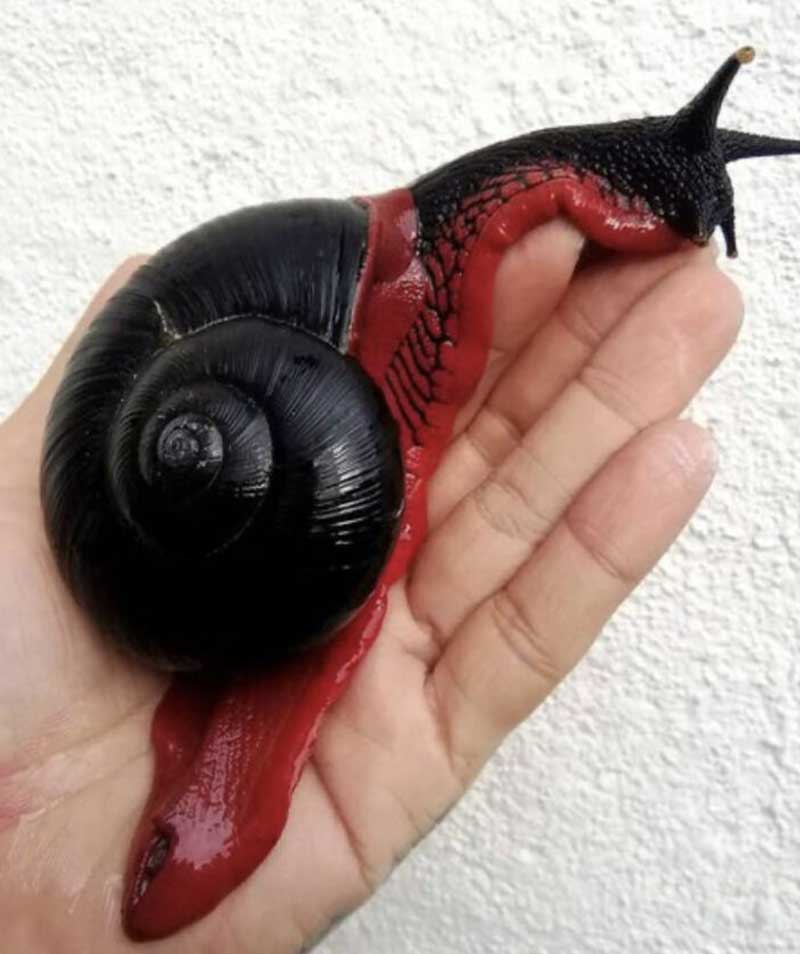 Another name for the fire snail is Platymma Tweediei, this is a Malaysian land snail or a unique snail from Malaysia that is found on the Malaysian peninsula. It lives exclusively in the mountain forests of Malaysia, this snail is the only species in the genus Platymma.

In the snail community, where people collect this slimy animal because it is considered attractive, rare, and large. There is only one type of snail like this, this situation makes this crawling animal famous among other snails.

How do fire snails look? It looks like a fire, its shell is black and its legs are orange even to bright red like fire. Snails are animals that are characterized as gastropods. This is a gastropod animal, but the existence of snails is more in demand because of its prettier shell. 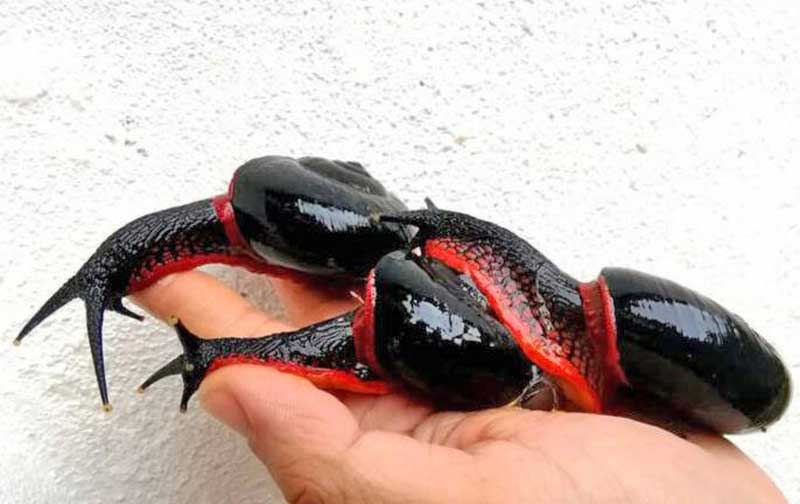 Gastropods usually have a clear head shape with 2 or 4 tentacles as sensors. The abdominal legs are very strong and muscular. When on a rough surface, they use mucus making it possible to walk anywhere. In addition, the mucus from the snail also serves to keep the body wet and not dry.

The fire slug looks like a gangster because of its black and dark shell with flaming legs. The shell can grow up to 7 cm, even appear larger than that size.

Fire snails are endangered animals from their habitat. The colors of these snails make many collectors feel like collecting them. This is one of the reasons why there are fewer fire slugs over time.

Keeping The Fire Snail As A Pet

In my opinion, snails are rare animals and should not be kept as pets. These are animals that are difficult to care for and prone to death leading to their extermination. These snails cannot be left alone in a fake environment or in glass. These are my thoughts, and I think it’s sad that they can’t find the environment in which they live.

The fire slug, it can only survive in a very humid and very cold environment. The humidity where they live in Malaysia is 79%.

However, it is very unfortunate because this beautiful, scary, beautiful fire snail has become a game for exotic animal collectors.

Where do We Find Fire Slugs?

Fire snails can be found in Malaysia at a radius of 100 km from a small mountainous area in Malaysia. Height is also an important factor. It can only live well in tropical forest areas at an altitude of more than 1000 meters above sea level.

It is not yet clear whether these animals also live in isolation. Their habitat includes the peninsula of northern Malaysia. Fire snails are the rarest animals in the world and this makes them difficult to find in the wild.

What is the difference between a slug vs a vampire slug? The fire slug is similar to Gothic and this causes confusion. If you call it a vampire, it’s very real and makes sense. Red and black, like a vampire sucking the blood of prey.

But not the same, vampire snails are actually underwater snails. Vampire snails feed on fish blood while they sleep. Vampire snails can be found underwater in areas with temperate marine reefs. The vampire snail has a modified mouth-part, it is made from a small scalpel and it can slice through flesh. At the end of his mouth there is a proboscis that makes it easy to suck blood. This proboscis can extend up to 3 times the length of its body and this makes it easier for him to suck the blood of fish.

How, does the fire slug still look like a vampire. Vampire slugs vs fire slugs are two different animals and have different habitats. Make sure you don’t confuse the two!

What is The Panda Ant? Ants are small insects that bite. There are many varieties of ants and one of...