Hotel Belvedere Switzerland on The Edge of The Rhone Glacier

Hotel Belvedere is a most famous hotel in Switzerland, Furka Pass. He was built in the middle of the Swiss Alps. This hotel is right in the middle of a winding road on the slopes of the Alps. This is one of the places that many visitors like. Hotel Belvedere connects Canton Uri with Valais in the south and center of the country. In the vicinity there is also the Rhone Glacier with its ice caves which add to the beauty and sharpen the reasons why you have to pass that place.

There are also hundred meter tunnels drilled into the glacier. It is also very suitable as a place for hiking and skiing. The furka pass plays a breathtakingly scenic view that is well worth the visit.

On the road on the slopes of the Alps about 200 meters from the rhone glacier there is an inn called the Hotel Belvedere. This is an iconic hotel located in a place that attracts many tourists. This lucky hotel was the result of the idea of ​​a hotel businessman named Josef Seiler to set up a hotel at a sharp bend in the road. Exactly in 1882 he turned an empty place around the corner of a mountain slope into a hotel which was named Hotel Belvedere. About two hundred meters of oak down there is a very beautiful glacier.

The Hotel Belvedere building was one of the major developments in the 1880s. Where at that time the number of hotels increased sharply from only 79 units to 320 in 1880.

Hotel Belvédère’s has a very beautiful panorama. This place is very attractive to many visitors. Some even rent this place for several weeks throughout the summer. When the hotel business was booming at the turn of the 20th century, this hotel chooser, Josef Seiler expanded his hotel and increased the beds to 90. The hotel is located in the middle of the mountains with an altitude of 2,429 meters above sea level on Furka Pass. See the photo below.

Throughout the 20th century this hotel has progressed and developed, as have visitors to the Ghone Glacier. This is thanks to the opening of two new railway lines, namely: Furka Oberalp Railway and the Glacier Express. Then after the second world war, private cars continued to increase so that their chances of visiting this place were even higher. Those who stop at the Rhine Glacier are sure to spend the night at the hotel enjoying the panoramic views of the surrounding Hotel Belvédère.

But then in the 1960s hotel guests continued to decline. Many cars can run fast so they don’t spend much time traveling to the Rhone Glacier. In the past, it sometimes took three days, but now it can take up to one day. In the past every visitor to the Rhone needed to spend the night. But now they no longer need to stay the night because it has been a while since they were able to pass the journey in their private cars. Visitors to the Rhone Glacier now no longer need to spend the night, they just eat and drink and leave. Likewise with the hotel at the mouth of the Rhone Glacier which is another hotel owned by Josef Seiler. Since then, the Hotel Belvédère has not had many visitors, even another hotel owned by Josef Seiler has also experienced the same thing.

Then, a few years after that Hotel Belvédère closed and until now may not be open again. There is also speculation that the Rhone Gleiser has lost its appeal as a result of having shrunk drastically.

The Rhone glacier is fast disappearing, it has lost 1,300 meters in the past 120 years. One thing that is still interesting today, it is the Glacier and according to information, this glacier will be reopened. 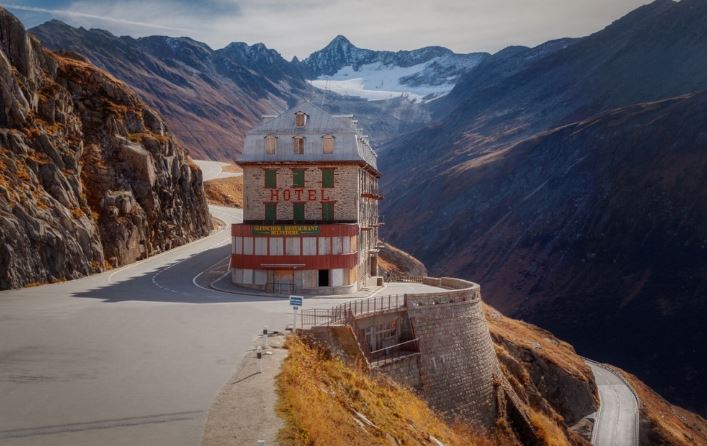