Human Anatomy: Systems and Structure of the Human Body

Human Anatomy – Humans around the world have different characters, but every human being must have the same human anatomy. So, our interesting discussion this time is about the structure and anatomy of the human body.

The purpose of making this post is to provide information about how the structure and structure of the human body actually is, so that we can find out that the system of our organs is like that. Before we discuss anatomy, let’s first take a look at what anatomy is.

What is Body Anatomy?

Anatomy is a loan word from Greek, in Greek it is called “ana” and “Tome”. Ana means decomposition, while Tome is cutting. So, the meaning of scientific anatomy is the study of the structure and organs of the human body.

A. Histology or microscopy

B. Gross Anatomy or Macroscopic

If histology is studying the smallest part of the body with the aid of a microscope, then macroscopic or gross anatomy is studying the structure of the large human body using the naked eye. In this stage there are two learning models of body anatomy, namely the systemic approach and the regional approach.

– With a regional approach

The regional approach means studying the body structure based on the division into several parts of the body such as the leg area, the stomach area, the hand area, the wrist area, the neck area and others.

In a systemic approach, learning about the anatomy of the human body is based on the division of several organ systems. Each of these organ systems has a different function in supporting the proper functioning of the body. This organ system is also supported by other organs so that each system has a pretty good relationship. Here are some of the body’s organ systems that we should know.

The body skeleton is a very important part of the body in its function. Among the functions of the skeleton are supporting body movement, producing blood cells, forming body posture, storing calcium, and regulating endocrine. These are all very vital in maintaining survival.

Bone does not stand alone, but in its existence it is always supported by other organs so that the bones or skeleton can function properly. The skeleton or individual human bones consists of 206 bones and each of them is supported by ligaments, cartilage or cartilage, muscles, and tendons. The frames are divided into two parts, namely the axial frame and the appendicular frame.

The axial skeleton is a skeleton that extends along the midline of the human body, and this skeleton consists of 80 bones including the ribs, bones of the skull, vertebral bones, sternum, hyoid, and auditory ossicles.

While the other skeleton is appendicular, this skeleton consists of 126 bones consisting of the bones of the chest, bones of the pelvis, lower bones and upper bones.

The integumentary system is the system in a human organ which is the largest and most extensive. Included in the integumentary system are the skin, nails, nerve receptors, glands, and hair. The skin is a part of the body whose job is to protect and protect the body from various external attacks such as disease, chemicals, radiation, sunlight and ultraviolet rays.

Human skin itself consists of three layers, namely the dermis, epidermis and hypodermis. Nails and hair are part of skin extensions that function to strengthen the skin and protect it from environmental damage. While sweat, oil, and wax are produced from glands in the skin called exocrine glands.

The parts of the body or organs belonging to the Irin system are the kidneys, bladder, ureters, and urethra. The function of the kidneys is to filter blood from waste and then produce waste which is excreted as urine. While the ureter serves as a medium to drain urine into the bladder, the bladder is a temporary storage place for urine before it is excreted from the body.

When the bladder is full of urine or urine, the nerves in the bladder send messages to the brain. The brain will command the body to excrete urine through the urethra and this urethra is located or located in the genital area. 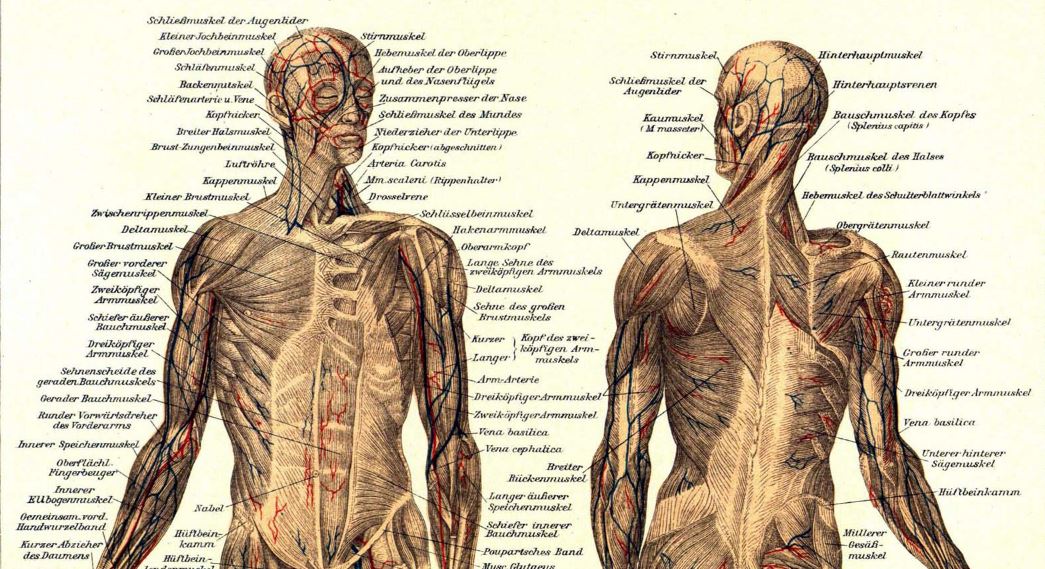 Furthermore, in studying the anatomy of the human body we need to discuss the muscular system. Muscles have a fairly important function almost the same as the skeleton, namely in moving the body such as running, sitting, eating, laughing, talking, and various other activities that are carried out consciously.

Muscles in the human body are divided into several parts, namely visceral, cardiac, and skeletal. The visceral muscle is the softest type of muscle as found in the intestines, stomach, and muscles in blood vessels, this muscle is also called involuntary muscle because it is controlled by the brain in a state that humans are not aware of.

The heart muscle is a muscle that only exists in the heart and this is also included in the unconscious muscle because it is the same as blood vessels controlled by the subconscious brain. While skeletal muscles are a type of conscious muscle that we are consciously controlling, they also function to move the body like a skeleton.

The cardiovascular system is related to immunity, but without functioning properly, the body cannot move or die. In circulating blood throughout the body, there are many nutrients that are circulated, hormones, nutrients, and oxygen that are important for the function of the body’s organs. 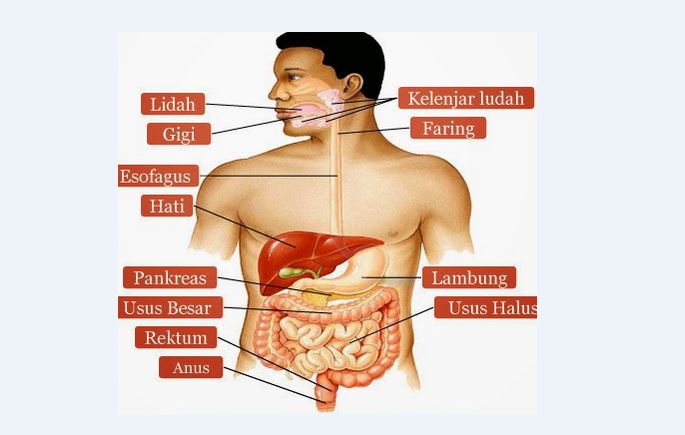 The digestive system is a system that works in smoothing the digestive tract of the body. So, digestion is one of the systems in gross anatomy through a systemic approach.

The digestive tract in the human body starts from the mouth as the first organ through which food passes, including the teeth, tongue, pharynx, esophagus, then the stomach, small intestine and large intestine. This digestive system is responsible for processing food in order to get a supply of nutrients and nutrients from the food which will be absorbed by the body through this digestive system. The end result of digestion is waste or waste that is no longer needed by the body.

These glands produce many hormones that function for body growth and development, tissue function, mood, body metabolism, the reproductive system and a person’s sleep activities.

Organs that are included in the lymphatic system are the capillary system, blood vessels, nodes and others. One of the functions of the lymphatic system is to transport white blood cells, also known as lymphocytes. Various diseases that enter the body will be opposed by the lymph fluid in the human body. Because the lymph works like this, its relationship with the immune system cannot be separated.

11 Benefits of Yakult for Human Health [No. 9 Stunning]

Health Benefits of Sunflowers and Its Seeds

Are jalapenos good for you or healthy to eat? This is what we will discuss in this article. We will...

How To Drink Apple Cider Vinegar In The Morning

How to drink apple cider vinegar in the morning before breakfast. Is this possible or when is the right time...