Itacolumite is a rock that bends and straightens back on its own. Itacolumite is a type of sandstone that is very unique when cut into thin pieces. The uniqueness of this stone seems to be that this stone is cut about one foot with a thickness of about several cm and is supported at the end.

You will notice that the rock will appear to bend as if it were elastic and so will when done with the other end. But when itacolumite is left straight, it will return to its original position. This rock can also be bent between the fingers and will make a distinctive sound: crooik. 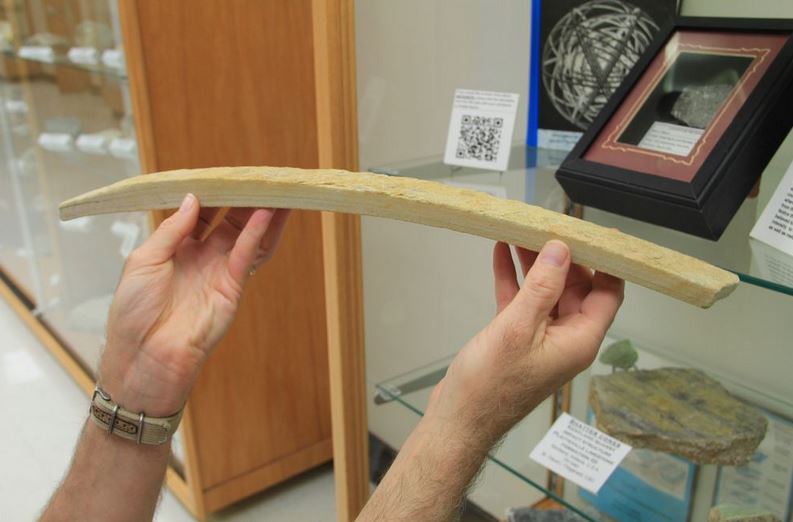 Named Itacolumite because this rock was first discovered on Mount Itacolumi, Minas Grais, Brazil in 1822. Then in India, France, and America, unique rocks like this one whose name is now popularly known as Itacolumite stone.

Then, the elastic properties of Itacolumite rock are known due to the presence of thin mica scales that exist, these scales allow movement between adjacent quartz grains.

See more: The Mystery of the Puma Punku Stone Carving

But then there are more recent studies which state that these properties or small movements that cause the rock to be elastic are due to the empty spaces between the grains called quartz grains and together with the interlocking junctions between the sand grains.

Well, this void then allows the occurrence of a movement called interstitial. Existing joints such as hinges and connecting between these particles will hold up even if there is a slight displacement. This is the latest theory that states the reasons and causes Itacolumite rocks can be elastic and unique like this.

The voids in this elastic sandstone may be formed due to weathering and when the elements in it are easily damaged and the inside is washed out and can leave an open cavity.

Itacolumite rock sometimes loses its flexibility as is found in some rocks when dried. Well, this loss of flexibility may be due to the hardening of some interstitial substances. This is the result of years of drying.

Indeed, there has been no direct application of Itacolumite rock. Rock experts believe that studying and understanding more about these rocks is very useful in building ductile ceramics and earthquake-resistant building materials.

So, one of the benefits of learning about Itacolumite is that it helps scientists develop elastic and earthquake-resistant ceramics. If this is realized, then this will be a new breakthrough in the world of construction going forward.

How to Store Rice Long Term and Short Term