12 Japanese Street Foods Worth To Try When Visiting Japan!

by Sarah
in Street Foods
0 0

Japan is a beautiful country with a variety of interesting nature, but Japan is also rich in various types of delicious food. Japanese street foods is even very appetizing, this food you can get all the way in Japan. They sell street food in a place or small food stall called Yatai.

Japanese street food is very popular and delicious, not only delicious but mostly nutritious, perfect for breakfast or dinner. A variety of food is sold on the roadside at Yattai, but the type of food also depends on the season. For example in winter, it is famous for its Yakiimo food and Kakigori is a popular food in summer. Food differences are also affected by region, so there are quite a few types of delicious food or street food in Japan that you should try. Here we will share with you 12 delicious and quite popular Japanese street foods. 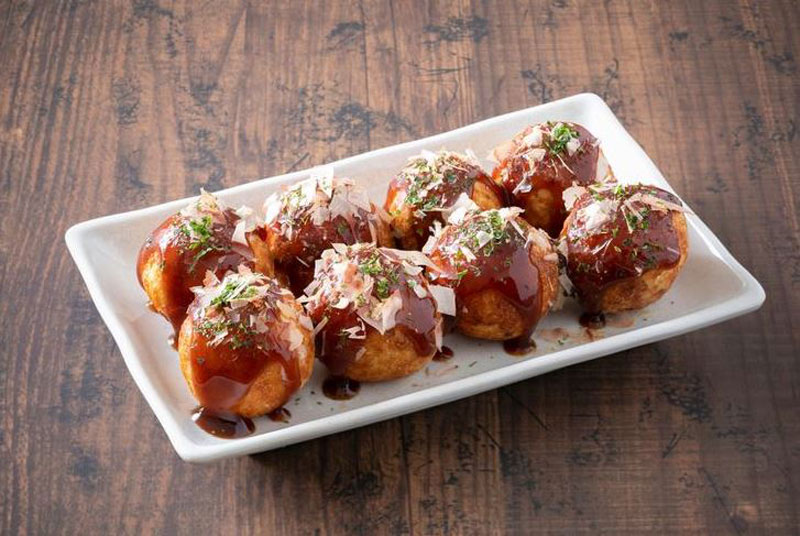 Takoyaki is enjoyed while still hot, sticky on the inside and crunchy on the outside. Takoyaki is also spread with Japanese mayonnaise and a special savory sauce, there is also seaweed, and dried bonito fish flakes (katsuobushi). This food from Osaka is not only popular there, but can also be found throughout Japan. This is a delicious meal and will make your taste buds tingle.

Also see: Here are the 9 Best Street Food in America

This Japanese street food is always there when there is a festival. In all Yatai there must be this food. Yakisoba is wheat noodles, using cabbage, pork, and onions fried in a skillet, using also Japanese mayonnaise, topped with benishoga, katsuobushi, aonori, and squeezed with Worcestershire sauce, and sometimes there is also fried egg which adds to the delicacy of Yakisoba. . But for Muslims, this is haram and not halal because it uses pork, so be careful!

Imagawayaki is a sweet food made from eggs, sugar, flour, water, and then grilled in a special mold. The end result is a golden yellow cake, small in size like a cosmetic sponge, but filled with red beans, chocolate, and custard on the inside. If you are in the Kansai region, Imagawayaki is known as Taiko-Manju.

Yakiimo is classic Japanese food and for those of you who enjoy it it’s like going back deep in civilization. This is Japanese sweet potato, and grilled on wood, and served in brown paper. Enjoyed while still hot and is very suitable to be enjoyed in winter.

Although famous in winter, Yakiimo can also be found in other seasons. The bite is very tasteful on the tongue, soft, and tastes sweet and rich like caramel. Not only sold in food shops, or at festivals but also available on Yakiimo vehicles (special trucks) carried around by vendors to get customers. It’s easy to find a Yakiimo truck if you’re looking for this food. Smell the sweet scents on the streets and hear special songs sung by sellers to lure customers into buying them.

This food is made from chicken, they use all parts of the chicken from chicken thighs, tail meat, even the skin is also used. The most commonly used seasonings are tare (soy grilling sauce), salt, but wasabi, umeboshi or sour pickled plum paste and Japanese mustard. There are also other variations, such as negima yakitori – these are juicy pieces of chicken thighs, scallions and minced chicken mixed with other juices. Indeed, Yakitori is generally made from chicken meat, but there are also those made from beef or pork.

There is also such a thing as Ikayaki, one of Japanese street foods that is famous for its impressive taste. This is squid cooked with special skewers such as skewers of satay. Japanese chefs are very adept at processing food from squid into tasty and delicious food. The fresh and tender squid is then grilled over charcoal, and tossed with soy sauce (Shoyu), served with a lemon wedge. The texture is chewy like squid meat in general, and has a delicious distinctive aroma.

Yaki Tomorokoshi is charcoal grilled corn as we often find in Indonesia which is sold on special corn carts.

This roasted corn is smeared with soy sauce for sweetness, using mirin, butter, so it tastes savory, sweet, and soft. Corn is usually harvested in the summer, and during the summer you can find Yaki Tomorokoshi everywhere above the Yatai vendors. Grilled corn called Yaki Tomorokoshi is a simple but delicious Japanese street food, a sweet and filling snack.

See too: 13 Most Popular Street Food in Bangkok, Thailand

Basically Crepes are French and then adopted by the Japanese but have been in accordance with the tastes and tastes of the Japanese. This food is also popular at street vendors or is known as popular street food too. This food is made with dough and cooked on a frying pan and filled with sweet ingredients such as chocolate, fruit, whipped cream, and even ice cream, it is folded on one side to form a cone and wrapped in paper so that it is easy to hold and hold. can be enjoyed while walking.

Crepes are not only sold on the streets or in Yatai but you can also find many in restaurants and malls.

Choco Banana is a dessert that is often sold on the streets. This is a banana covered in chocolate, very delicious and tantalizing your taste buds. The chocolate layer is colorful, some are red, green, brown and sprinkled with a sprinkling so that it bites.

Kakigori is a street food in Japan that is also very popular. It looks like shaved ice at first glance but it’s not at all. It tastes like matcha and lemon tea with various toppings. This is a delicious and easy-to-find dessert on the streets of Japan.

Those are some of the popular Japanese street foods to date. If you visit Japan, don’t forget to try these street foods. Enjoying this food is very impressive, sweet, delicious and many are savory on the tongue and tempting the taste buds.

Ghee is Good, But Beef Ghee is Better, See the Benefits In Ayurveda

Taro Chips - Are you tired of potato chips or banana chips, that's all. There is a new idea to...

Thai food is very exotic, tempting with a special blend of spices, it is ready to shake your tongue. Not...

If you go around Hyderabad, there are lots of tempting street food for you to taste. Usually the food there...

9 Popular Street Foods in Korea, Who Want to Try

Korea is not only famous for its dramas, but this country also has an extraordinary food culture. There are many...

New York is a big city that is quite busy, so things sometimes have to be done while walking or...