Mostaccioli vs Penne: What Is The Difference?

Mostaccioli vs Penne – Pasta is an easy snack to prepare. There are many types of pasta with various models and brands that can please you and your family.

Many pastas are made with almost the same ingredients, but they are different. For example, there are Penne and Mostaccioli pastas which are similar but different.

Mostaccioli vs Penne, What’s the difference?

Penne is pasta but has a jagged shape and some come in subtle variations. While Mostaccioli is a type of pasta with a smooth surface or with a smooth texture.

Pasta is indeed very interesting because there are many types and variations. We just choose what we like among the many variations of pasta.

There are two pastas that are almost the same, this is Mostaccioli vs penne pasta, and in this article we will explain about the differences between the two. 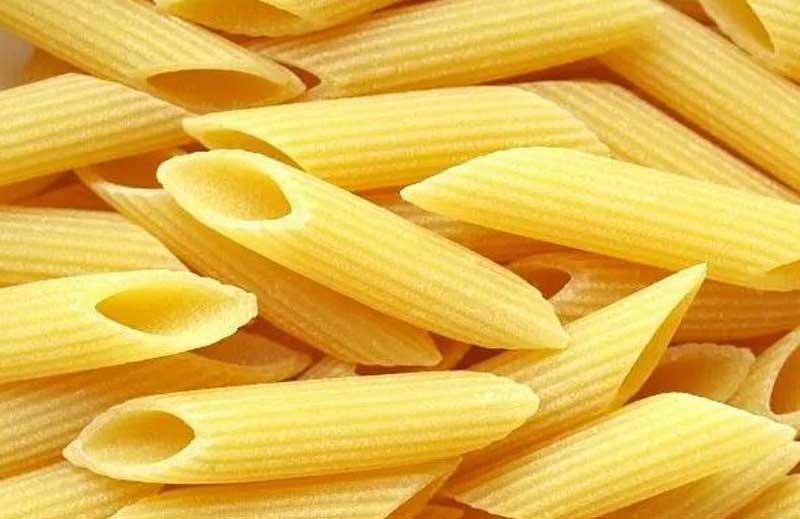 Penne is a type of pasta in the shape of a tube with the edges cut at an angle. Perhaps this type of pasta got its name from its own form. The tip is shaped like a pen, hence the name is called a pen.

Penne is a pasta made with semollina or using durum wheat flour.

Penne is a type of pasta that comes in the form of ridges on the surface and some are smooth. However, in the colloquial sense of penne, it means jagged pasta.

While penne with a fine texture, is usually sold under a different name, not called penne! 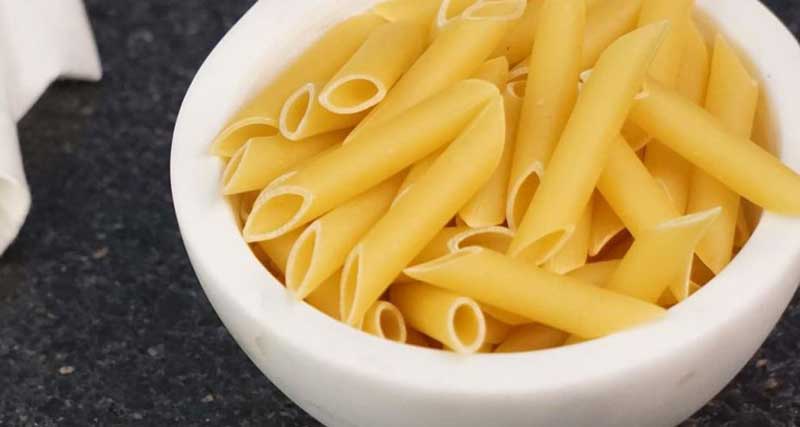 Mostaccioli is the same type of pasta as penne, only the surface of the pasta is smooth. So, Mostaccioli is a type of penne too. Mostaccioli means small whiskers, it is made using durum wheat flour, or with semolina.

If you don’t like jagged pasta but the recipe requires penne, then you can replace it with Mostaccioli, because they are both the same but the shape is different.

So, Mostaccioli can be used as the best substitute for penne, especially those of you who don’t like the jagged shape.

Ok, we’ve covered both, and now we have to know how is the difference between Mostaccioli vs Penne pasta.

Mostaccioli is a type of penne with a smooth shape and surface.

So what distinguishes between Mostaccioli and penne is the shape or outer texture. Where one is jagged and the other is smooth.

Penne and Mostaccioli have a tubular shape with beveled and angular edges.

In America, there are Mostaccioli with a shape larger than penne, so the difference between the two also lies in its size, in addition to differences in surface texture.

What is Penne Best for?

Penne is also one of the best ingredients to complete your salad. Especially if you use a thick or soft sauce on your salad.

If your dish uses a light sauce, or a little olive oil, then penne is not the best choice.

What is Mostaccioli Best for?

The purpose of pasta is different and this is also influenced by its shape. In making pasta, it is not only about the taste, but also the aesthetics and appearance of some people.

Thus, the purpose of jagged penne and Mostaccioli which has a smooth texture is almost the same. Those who want a jagged shape can use penne, and those who want it to be minimalist and simple can use mostaccioli.

Also read: How To Tell If Chicken Is Undercooked

Penne and Mostaccioli are both used in thick sauces (think tomato sauce with minced meat). Using Mostaccioli with salads and using cream sauce is also a good thing and a creative idea

If you want to make grilled pasta, then your choice is to use Mostaccioli instead of anything else.

Can you substitute Penne for Mostaccioli?

Of course you can, both are only different from the surface texture. So, from the taste, the two can complement each other. Both can replace each other, especially for those of you who do not mind the texture.

While the different textures are for those who want a different look.

Both are made with the same ingredients, have the same taste, and are the same size. However, in America there is a form of Mostaccioli which is larger than the penne form.

Although there is a difference between the two, if you use them in a thick sauce, then the two will not be noticeable in terms of differences. Both can work well for a pasta you crave.

Look others foods article from loveinshallah.com

>>Why We Love White Sweet Potatoes?

>>Are Slim Jims Bad For You? See the Answer

>>Is Premier Protein Bad For You?

>>Can You Eat Turkey Bacon Raw?