Lady Dai’s mummy is considered the best preserved mummy in the world, it’s up to you to believe it or not. Let’s take a closer look at the mystery of this lady dai mummy.

The mummy’s skin is still soft to the touch, while her face looks swollen and deformed and uniquely there is no sign of stiffness at all. Like the arms and legs can still be bent and not stiff at all. Even the organs of his body are still intact and there is still blood if you look at the veins.

Meanwhile, if we compare it with other mummies, this one tends to be destroyed even with just a small movement. But the lady dai mummy is so well preserved that doctors even said they could autopsy it even though it was 2,100 years ago. Can be reconstructed his death but also his life. Even the doctors can determine what the blood type of lady dai. It can be said that the lady dai autopsy is the most complete form of autopsy ever found for mummies or corpses of the past. 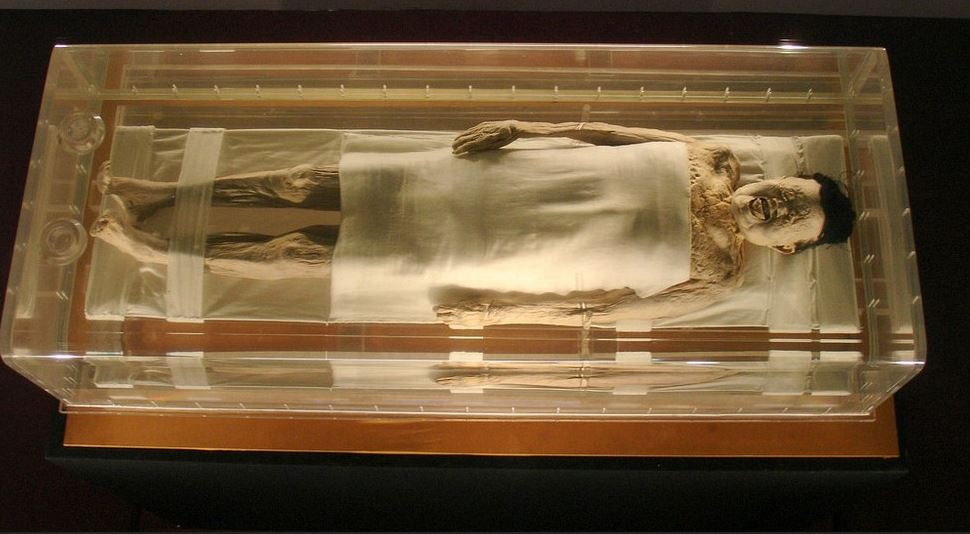 Lady dai or Xin Zhui was the wife of a nobleman from the Han Dynasty, Li Cang. Lady dai based on her autopsy, experts determined that the lady dai during her life lived a luxurious life, her tomb was filled with various luxurious objects, and all of that could only be bought by the rich in her time. These include hundreds of gold-embroidered silk garments, tiny gloves, skirts, silk wraps stuffed with various spices, flowers, cosmetic cases, fragrant reeds, and over a hundred lacquerware, musical instruments, statues of musicians, even food preparation and more. of hundreds of other items.

Finding these luxurious objects shows that Lady Dai is a prominent wife and lives a luxurious life. Now the objects found in his grave are on display at an exhibition. If we look at this, it seems that the lady dai wants to maintain her life in the afterlife like her life in this world. But not like that..!

It is said that the lady dai was beautiful in her youth and she pampered herself with a variety of delicious and delicious culinary at that time. In fact, he loved scorpion soup so much that his body was snatched away by obesity. The art on the banner at his funeral depicts him sitting back with a cane. Without a cane he could not walk because of coronary thrombosis and arteriosclerosis which he suffered from not moving around much.

Her body also contains several internal parasites, probably because she eats undercooked food, her hygiene is not maintained, and the lady dai also suffers from clogged arteries, heart disease, gallstones, osteoporosis, and one of the parasites lodged in her bile duct and this made her condition worse. Lady Dai died at the age of about 50 years, as a result of a sudden heart attack, this was the result of years of poor health and the last meal she ate seemed to consist of melon.

Uniquely, the tomb of the lady dai contains a lot of information in the form of books, tablets about her health during her lifetime, about her well-being, even about her age. On the medicine tablets are written Chinese characters about various prescription drugs for headaches, paralysis, sexual, asthma, and other health problems.

Lady dai’s grave was found in a Chinese archaeological site in 1971 AD. This lady dai was found in her grave wrapped in 20 layers of silk and laid in a series of 4 coffins or four layers from large to small. To prevent the tomb from entering water, it was packed with charcoal, and the top of the tomb was covered with clay. This airtight room is very effective in preventing the occurrence of decay and bacteria so that the body can be preserved until now. Even archaeologists have found mercury in the coffin, possibly suggesting that the toxic metal had been used as a vehicle to keep out bacteria. His body was also drenched in a slightly acidic and unknown liquid. This liquid also prevents the growth of bacteria, but some experts believe that the liquid comes from his body and not a preservative. See more: The Mystery of the Puma Punku Stone Carving.

See too: Facts About Milk Snakes

So, how the lady dai’s body actually fights decay is a mystery until now, because many bodies buried in airtight, watertight containers, have failed to be preserved.

Excavation of the bodies of the lady dai and her husband and son is an important discovery since the 20th century. From the construction of the tomb, the artifacts found, archaeologists can deduce how the life of the nobles during the Hun dynasty. This is known from the various foods in his grave, the various contents of his stomach. With this discovery archaeologists were able to reconstruct this surprisingly detailed history. They could go into details from farming, their hunting methods, production methods, food preparation, the Western Han dynasty and so on.

Now his body is stored in the Hunan museum and is still open for visitors to visit. 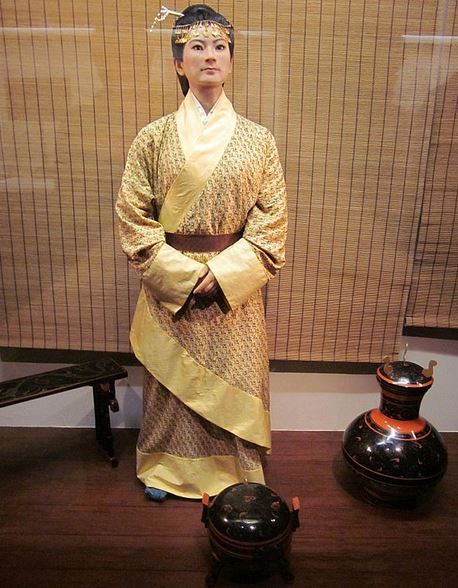 A statue of a lady dai that shows her appearance when she was young and healthy. Credit to Huangdan2060/Wikimedia