Old Car City – Try walking 50 miles north of Atlanta in the province of Geogia in the United States, along Interstate-75 and then turning right into the U.S. Route 411 to Chatsworth White. There you will arrive in a patch of forest after forest, which is actually the place where the old car wreckage from the past has been rusty. You will see the writing there “forest where the world’s oldest car wreck, here 80 years”. This is what is called the old car city. It’s not a fairy tale but it is a reality and the cars from the 1940s are there.

The cars are piled on 34 hectares of land. Among the rusty cars were old Fords, big-finned Cadillacs and even a rare 1941 car, the Mack milk truck. If you want to see all kinds of cars there, you have to walk more than 6 miles away.

History of the Old Car Town

This old car town started in the 1930’s when the Lewis family opened a general store (bag) in a small town called “White”. There they sell various goods, ranging from clothing to even auto parts, gasoline and car tires.

Then, then the United States entered World War II, when natural resources became scarce, steel became scarce, car tires were also scarce, finally this family had no sense. They cleverly opened a location for a landfill business. They buy used cars, then take parts and sell. Then in the 1940’s the shop that used to only sell general materials, has now been transformed into a store for used cars. This is where Den Lewis, the owner of the old car city, was born and raised.

Since childhood, Dean spent his childhood by car. If today he is at a horse race, the next day he will be a school bus driver. Those were the days, always wrestling with cars. He said he had driven 1 million miles in the car. He only talks about cars and trucks. Then in 1970, Dean inherited the business from his parents, but he chose to keep all the old cars rather than throw them away.

Until the next several decades, he always spent his money to buy junk cars such as at auction, recycling or private companies. There’s one Lewis car that’s very popular, this is a 1946 Ford truck, this car was used in the film “Murder in Coweta County,” a 1983, a film starring Johnny Cash and Andy Griffith.

Over the next few years, Dean’s business grew rapidly and was full of land to store various car wrecks. Finally, he also bought more land for his used car storage. Initially, Dean sold several pieces of his car, but it was not the price that collectors demanded. Every car junk will not be released just like that, it only releases the car to the buyer when the price is right. Many people are not satisfied with the target price.

Over time, Dean stopped doing business selling parts of his car. He began to realize that he could earn more money by asking visitors to come in and take photos instead of selling them.

Now the old car city always has visitors, this place is always visited by hundreds of visitors every year. They paid $ 15 to walk around and see the wreck. visitors are also willing to give $ 25 if they want to take a photo. Now Dean Lewis no longer sells auto parts, but where thousands of ancient cars are now a great museum. 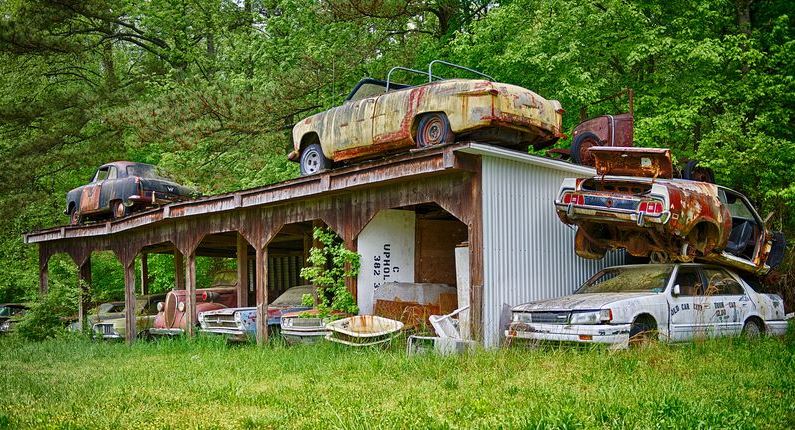 Best Health Benefits of Sensitive Plant (Touch Me Not Plant)