How many types of owls are there, what are their characteristics and what they eat. Read on for this article as we will be writing about owls

Owl is a type of bird that is different from other birds, it is a bird with a large head or the order Strigiformes. This is a wild animal so we rarely see it among humans except those that have been tamed. Just like other wild animals, he is a carnivore or carnivore.

What is an Owl

Birds are noctural animals, meaning they are creatures that move around at night either in search of food or these things. There are so many species around the world, there are about 222 which are already known and they are spread all over the world including green land, except on the continent of Atartica. The temperature is too cold causing this animal to not survive.

In the western world these birds are not categorized as owls, they symbolize this large-headed bird or the order Strigiformes as a symbol of wisdom. But in Indonesia, this bird is considered a carrier of death so that the archipelago calls it the name owl. However, not all regions in Indonesia have such a scary name, for example on the island of Java, the mention of owls is dares or manuk dares. Likewise with the North Sulawesi Region, calling it the name Manguni.

Ok, with the brief explanation above, do you already know and know what an owl is? If not, here we look at the characteristics of an owl.

Characteristics of an Owl

As we mentioned above, birds of the order Strigiformes with large heads are known to have up to 222 species. Among the many types, owls are further divided into two categories, namely hoarse owls or called Tytonidae. Another one is a true ghost called Strigidae.

Owl is a bird that spreads in only one area in an area so that it is classified as an endemic bird. Its distribution is limited to one region or island in Indonesia and this is common in birds of the Tyto, Ninox and Otus genera. Ok, let’s just look at the types of owls (noctural). 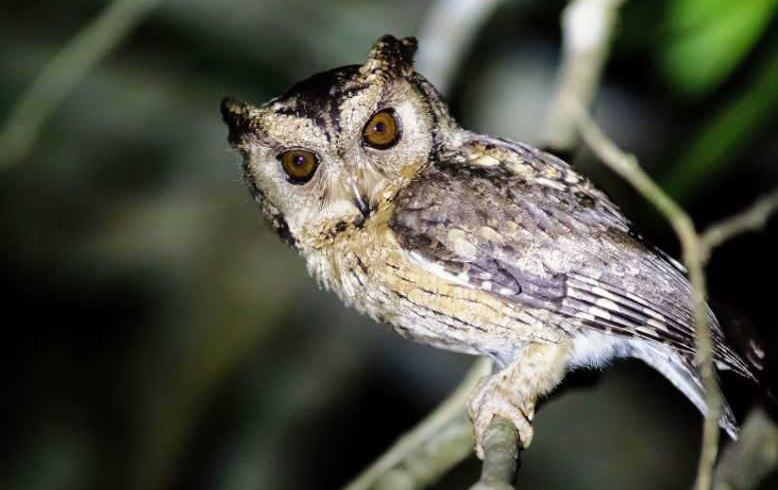 This is a kind of small owl which in scientific language is called Otus lempiji and it belongs to the Strigidae (true owl) family. In some parts of Indonesia, Celepuk Reban is sometimes called by a different name. For example, in Sundanese it is called bueuk, in Java it is called Manuk kuwek, as well as several other nicknames. Lempiji otus including owl species whose distribution area is South Asia.

The celepuk reban owl is a bird whose habitat in high trees is usually in areas with an altitude of 1600 meters above sea level. You can find this bird in the yard, garden or in the tree plantations. 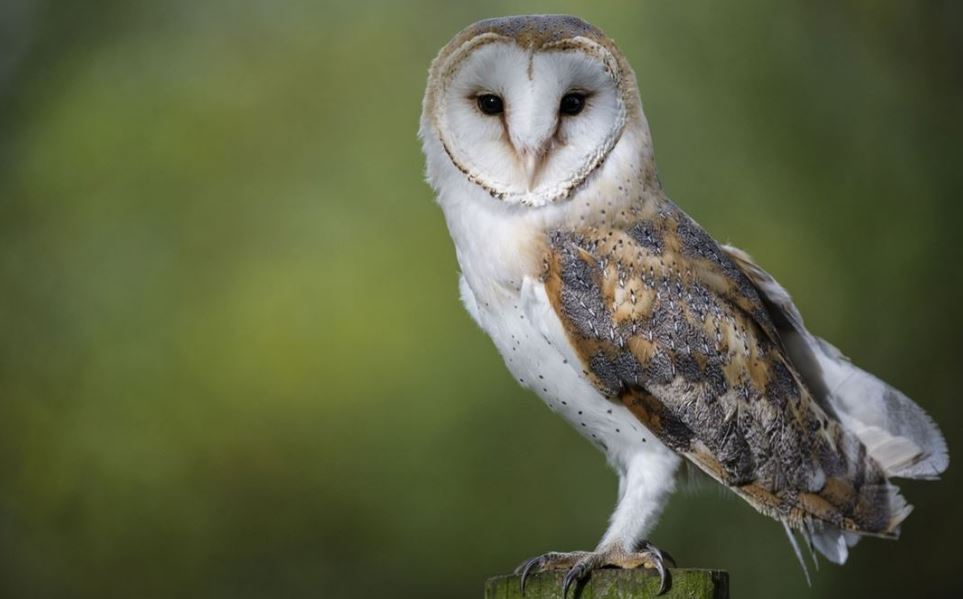 This is a Javanese husky hanti bird that has a size of 34 cm, the characteristics of the owl are easily recognized for its distinctive beauty. In scientific language it is called Tyto alba and belongs to the Tytonidae family.

The Java husky owl has an easily recognizable face shape, which is “love” or “heart” shaped. Its fur is soft when touched is one of its characteristics. Brownish wing feathers with a smooth texture and white undersides of the wings, sometimes with black spots.

Great Gray owl belongs to the strigidae family, it has a creepy and frightening face shape. This type of owl, called the Great Gray Owl or strixx nebulosa, is the only ghost bird that was first described by Johann Reinhold Forster while traveling around the world in 1772. Its name Nebulosa is an adaptation of nebulosus which means foggy. It matches perfectly with its mist colored fur.

The great gray owl has a number of names according to the area it lives in, possibly including the owl which has a wide distribution area. Besides being called the great gray ghost, he also has other names such as Phantom of the north, cinerous owl, spectral owl, lapland owl, spruce owl, sooty owl and bearded owl.

The big gray, although it is one of the noctural birds, but it is also active near dawn and during the day when the egg laying season. length can reach 64-84 cm with a body weight of 790-1454 grams. During winter, the great gray owl will gather a greater number of prey than in the summer. The distribution areas of the bird, which is nicknamed the Great Gray Ghost, are Canada, Alaskan, California and the United States.

As a carnivore, it preys on other animals including Vole. Vole is a rodent similar to a mouse but is small in shape and has a round or round body.

Great gray owls can live up to 40 years in captivity, while in the wild they are often found dead due to limited food or being attacked by other wild animals. 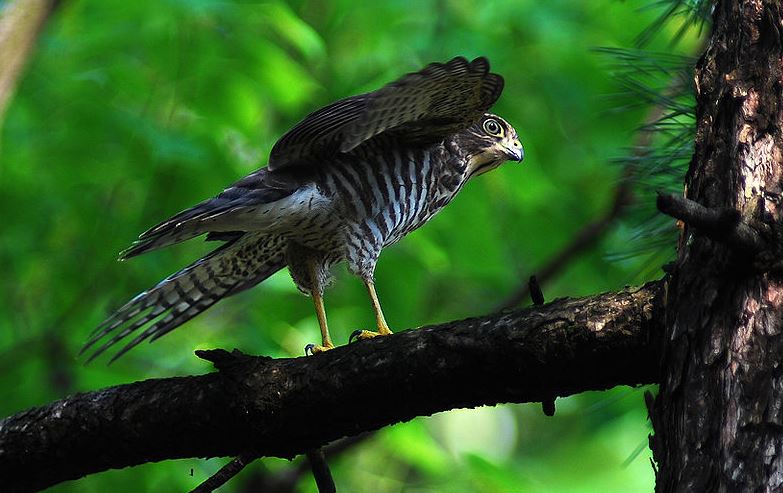 The Andaman eagle owl is also an owl in the Strigidae family. This is a bird in the genus Ninox and is included in an endemic bird that only spreads to one particular place in India. He is classified in the pere david owl which is included in the true owl.

It is also in the true owl category and is in the Strigidae family. He is different from the ghost birds commonly found in the archipelago. It is widely thought that Pere David’s owl is a bird of bad luck. In ancient Roman history, this owl is considered a blood and flesh-eating bird like a vampire.

Pet Owl and its Price

In addition to wild owls, there are also those that can be maintained because they can be tame and quickly get along with humans. Beirkut, an owl that is often kept by bird lovers.

One type of owl that is widely traded is the ‘Beluk Ketupa’ owl or Buffy Fish. It is about 50 cm in length with a dangling and light brown or cream brown coat. For those of you who want to get this bird, you can buy it at a price of around 800,000. 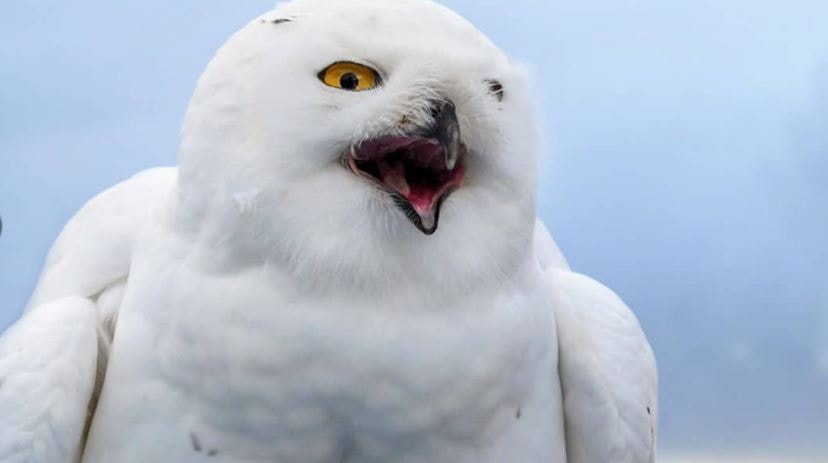 The snow owl is one of the beautiful birds, it is said to be snow because of its unique and clean white feathers. He lives in an area where there is a snow season. Physical appearance looks neat and elegant like an eagle in general. His face also consists of neatly shaped hairs like the symbol of “love”. 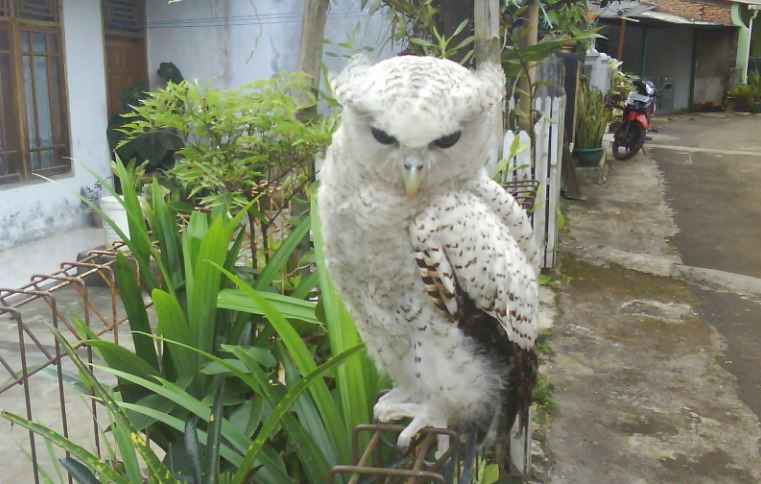 Bubo is the name of an owl whose price is quite high. The price is high because of its unique and rare colors and shapes. Bubo owl is priced at 1000,000 rupiah. In addition, his body is also quite large, which is 50 cm.

The bubo owl looks elegant and manly with its strong legs covered with beautiful fine feathers. In addition, the bubo owl also has a higher juntai than the celepuk owl. 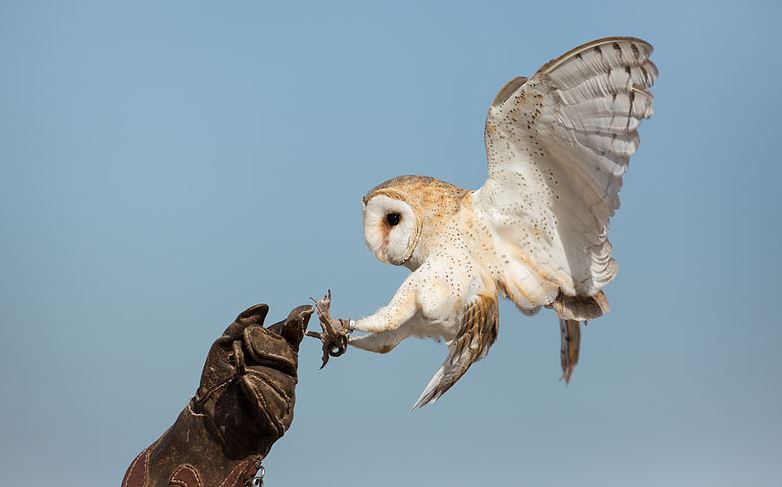 Tyto Alba owl is also classified as a beautiful bird with a distinctive head. Its white fur and cream are very much loved by people. However, most of them keep these birds and train them to keep rodents in the fields. That is why many farmers buy them to protect their fields.

The price is very affordable, it is sold at a price of 80,000 for one young tail. If the age is getting older, the price will also be higher. 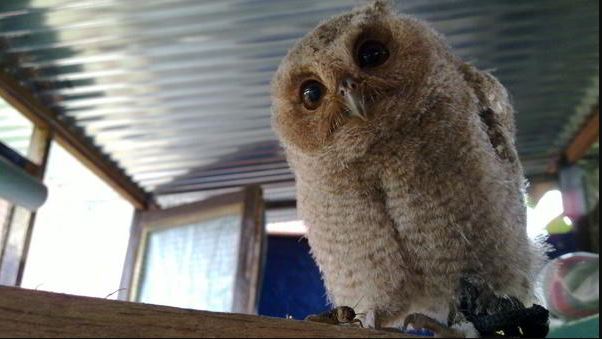 This is an owl with a tiny body size. Pseudo color in the head. As a small bird with a size of 19 cm, the celepuk also has a tuft on its head like an owl in general.

Owls usually eat rodents such as mice, vole, curuk and others. They have a preference for eating that varies between types. Here we are what owl food according to its type.

Snow owl is a bird that lives in cold areas with snow. So, for those of you who want to keep snow owls in tropical Indonesia, maybe it won’t last long.

From the food side, snow owls have different habits from owls in general. He likes to eat fish, chicks or other small birds.

The owl ‘celepuk reban’ is a type of owl that is widely found in Indonesia, its distribution areas include Sumatra, the islands of Java, Bali and Kalimantan. He is one of the smallest owls known. The food of the reban’s plop owl is small rats.

The Oriental Bay Owl is a type of owl with red eye lids. Butung ghost is very active looking for food at night. Usually the animals he targets are insects such as crickets, and he also eats small mice.

Buffy Fish Owl is a tame owl and quickly gets along with humans, so he is much sought after to keep.

The Buffy Fish Owl’s diet is somewhat varied. So, it is not difficult to get the food. Buffy Fish Owl likes to eat catfish, white mice, chicks, small birds and chicks.

That’s a little peel about owls starting from the types of owls, their characteristics and the owl’s favorite food. Hopefully this article can increase your knowledge, friends, loveinshallah.com.

Function and Position of Indonesian Language

The function of Indonesian as the national language and state language. On this occasion we will review the Indonesian language...

How to Save Energy, Here Are 9 Ways to Minimize Energy Use

How to save energy - Fuel that continues to rise and various other prices also continue to rise while people's...

Types of Environmental Pollution and Examples

Environmental pollution is something that is dangerous for life, including animals and plants. When the environment is polluted, the life...

The Cause of Tickling in Feet, Some are More Sensitive than Others

Tickling in feet is usually very sensitive, but some people are not sensitive. Likely for those of you who are...

How to Freeze Cherries

Cherries are my favorite sweet and sour fruit and often freeze them in the freezer. Smothering cherries is an attempt...

How to Freeze Kale

How to Freeze Kale - Kale is a vegetable crop and can always be harvested in the garden if we...