You don’t like using Photoshop, there are many other applications that are alternatives to Photoshop. All of these we compose in an article entitled the best Photoshop alternative.

If you have been thinking that only photoshop is an application to edit photos, then you are wrong. Actually, there are so many other applications that can be used to edit photos, but Photoshop has become a big branding so that everyone thinks that only he is capable of editing photos. As with Google, it has become a big branding that closes your eyes from other search engines. Branding owned by Photoshop has made many people close their eyes to see applications other than Photoshop, even though there are many alternative Photoshop that you can use.

Indeed, it cannot be denied that Adobe Photoshop is a large application that offers many features, especially in the Adobe CC package now. However, if you don’t like using photoshop applications because of their large files, burdensome your pc or you want to gain experience with other applications, then the following is a list of Best Photoshop Alternative for you.

The Best Alternative to Photoshop 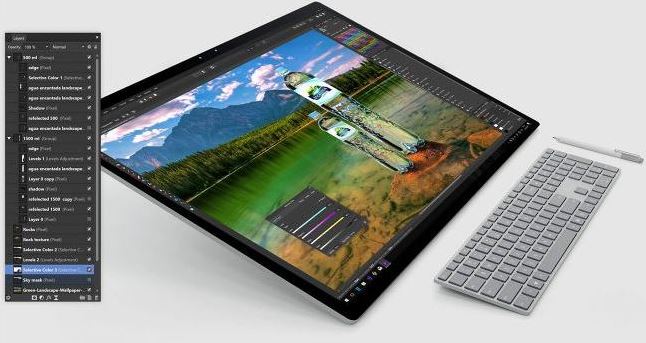 One application that you can try is Affinity photo, its increasingly sophisticated development has made many people ask, can Affinity drop photoshop from the chair of its magnitude?

Affinity is compatible with photoshop format images and other files. The application if this photo is created specifically for professional photographers and designers. Even though affinity is cheaper, the creators argue that this is better than PhotoShop. In fact, he said Affinity is the most expected alternative of Photoshop.

In terms of speed, Affinity is faster in the landing process and crashes less and has an unlimited undos system. However, everything depends on the machine of the computer you are using. Looks like this Affinity application is designed to be used on the latest quad-core technology.

You can use Affinity either on a Mac or on Windows. Even you have an iPad version that has been updated in 2018 yesterday. Of the many features and performance, Affinity deserves to be an alternative to Photoshop.

More: How to Screenshot on Mac Easily
More: Why Wont My iPhone Turn On 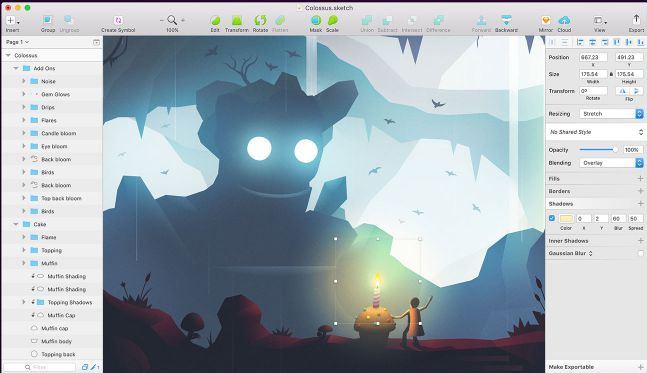 Sketch is a photo editing application that runs specifically on the Mac platform. This application is similar to photoshop and illustrator in terms of price.

Sketch is a graphics application for creating professional vectors. The presence of this application has given rise to an extraordinary Buzz in the world of designers and the web. Sketch creators try as hard as possible to be able to create applications that are lightweight and flexible.

The number of communities that developed the plugin is a sign that the editing photo application “Sketch” is one of the popular applications today. If you are looking for alternative photoshop for creating vector graphics.

Furthermore, the best Photoshop alternative is GIMP. This is one of the alternative free photoshop applications

GIMP (GNU Image Manipulation Program) is a free open source that you can use to replace Photoshop. Until now, this application can run on Linux, Windows, and Mac platforms.

Although free, GIMP provides a lot of tools that are almost the same as Photoshop. If you are looking for image editing software without having to spend money, maybe you GIMP is the alternative for you. If you are familiar with Photoshop, you can easily migrate to GIMP, even though the interface is different but still similar to the screen in Photoshop.

According to our observation, this is the best application as an alternative to Photoshop. Do you want to move from Photoshop to other software or because your finances are limited. Overall, GIMP is suitable to replace Photoshop.

Before the pro version was released, there was already Pixelmator but with floating windows. Now Pixelmator Pro appears that has a single window UI that is fast to use. It also offers pretty good editing techniques without damage.

So, Pixelmator Pro is an alternative application for photoshop and specifically designed for Mac. This application supports full screen, split and Tab.

Furthermore, the tool for editing images that can be a substitute for photoshop is paint.net. This is a free application for Windows users and is very good as an alternative Photoshop.

Paint.net is a Windows-based application as an alternative to Photoshop. This is an amazing tool that is able to edit well and be useful, one more is free. This is a project funded by Microsoft and has now become a project managed jointly by alumni.

Paint.net is more focused on the ease of using it. Inside there are various special effects, this allows you to easily create fake perspectives, push pixels, unite canvas, tiles, and others.

More: How to Delete All Photos from iPhone Quickly
More: Best Chamomile Teas You Must Have

Corel PHOTO-PAINT is a special photo editor in CorelDRAW. To get Corel AfterShot 3 HDR, this application was finally updated in 2018. In addition, the update also increases the stylus control. So, using PHOTO-PAINT the slope and rotation will be responded differently.

This suite is specifically designed to work perfectly on Windows 10. It also offers a multi-monitor display, as well as a display with 4k resolution.

Furthermore, the best Photoshop alternative is Pixlr. This is amazing, this application turns out with more than 600 effects.

Pixlr is a free alternative to Photoshop by bringing extraordinary effects to 600 effects, borders and overlays. In addition, Pixlr also allows users to do all the main things in an ordinary photo editor like cutting, resizing, removing red eyes and whitening teeth.

If you are a Photoshop worker, of course with this application you can quickly understand and work well because you have a familiar interface. This is a free application that can be used on iOS and Android. Another alternative, you can use this application online via the web.

A unique feature of this editing application is that it offers filters that are not destructive.

This editing software debuted in 2007 until now this application already has fans and artists who make it as an alternative to Photoshop. Among the software features installed are layer styles, curves, non-destructive filters, levels, blending modes and many more.

Now it has been updated to the latest version, namely the Acorn version 6. Among the features is the new Scale and Transform options, being able to use a clone tool across the image layer, can use emojis if needed. 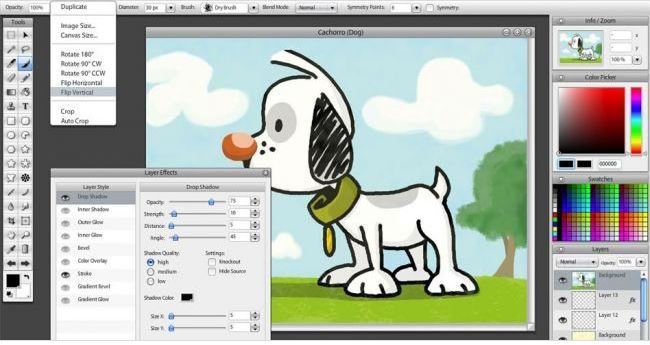 This is an alternative Photoshop application that runs in the browser. To be able to use it you have to install Adobe Flash in your browser.

Among the standard photo editing tools you want might be brushes, shapes, pencils, text, gradients, cloning, etc. All of these tools can be accessed quickly and easily.

That’s the 9 best Photoshop Alternative that you can use. You can use which one you like. Some are paid and some are free. Apparently, Photoshop is only one of the editing applications that were previously compared to the others. But now there are many software that can match Photoshop.

How to Hide Apps on iPhone, iPad, or iPod Touch [Step by Step]

How to Hide Apps on iPhone - Do you feel disturbed when you peek at the application on your iPhone?...

Are you an iPhone or iPad user, do you have a broken iPhone charger? Don't throw it away right away...

9 Ways On How To Free Up Space On iPhone

Free up space on iPhone - Your iPhone is fast full because a lot of garbage or applications are not...