How To Set Up Wi-Fi Hotspot On Your Phone, iOS, Android, and More

All modern smartphones can now be used as Wi-Fi hotspot for sharing internet networks between several other devices including PC, Mac, Tablet and other mobile phones. You only need a suitable internet data plan and follow a few steps we will be clear about how to set up Wi-Fi hotspot on iPhone or other cell phones.

To share a network from your cellphone to several other devices you need the right network with good speed so that your internet stays smooth. Because more and more devices are connected, the smaller the network that is obtained due to the division of the network to several devices.

Should I Turn On a Wi-Fi Hotspot with my Phone or iPhone?

Ok, let me explain to you about this. If you are traveling somewhere where your two devices are only one of them has access to the internet while the other is not. You want to access the internet on devices that don’t have access, of course you have to combine the network from your other cellphone.

Also see: Mobile NetWork Not Available, How to Fix It

These are just a few examples. Another example: maybe you want a laptop or a Mac. You are connected to the internet but only your cellphone has data access. So, with a few taps you can turn your cellphone or iPhone into a Wi-Fi hotspot. Interesting right! So, on this page, I will discuss more on how to set up hotspot on iPhone or Phone with simply.

So, this technique is very effective for those of you on the go or in places that don’t have access to public Wifi. By doing wifi tethering like this you can save money because you don’t need to buy an internet package for all the devices you have.

Ok, so how do you turn your phone into a Wi-Fi hotspot for network sharing to multiple devices? Continue to follow this article because below we explain it for you.

1. Set Up Wifi Hotspot On iOS

If you use an iPhone device or another iOS device, follow these steps to set up hotspots on iPhone or other iOS. 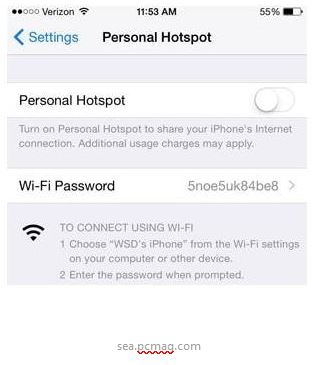 Now, your hotspot is active, use the password as you want.

2. Set Up Wi-Fi HotSpot on Android

To activate a hotspot on Android, have a different way between one cellphone with another brand’s cellphone. Here we include procedures for how to set up Wi-Fi hotspot on some of the latest and popular Android phones lately.

If you want to know how much data is used up during tethering, you can install the “Onavo Count” application.

Let’s look at a few ways to Turn Android Mobile Into WIFI Hotspots. This includes how to turn on wifi hotspots on Google Nexus 5, HTC One M9, LG G3, Motorola Droid, Samsung Galaxy S5, and on Sony Xperia Z3 which all use Android machines. 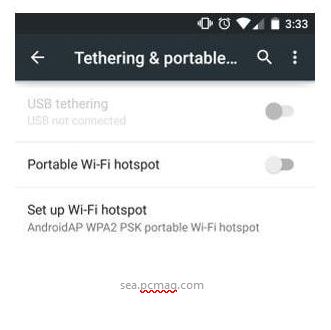 Make sure that you switch to portable WIFI hotspot on.

The method is almost the same, drag the notification panel down,

#4. Turn the Motorola Droid or X Into Wi-Fi

More: How to Create a New Apple ID on Your Apple Devices
More: Advantages and Disadvantages of Social Media

This may have easier steps, do it immediately as below. 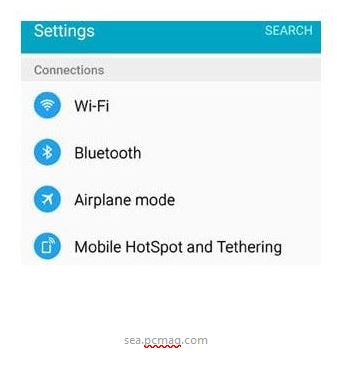 The method is almost the same as on some Android phones above.

Follow the steps in the instructions provided, the hotspot will automatically turn on, make sure you turn off your hotspot after using it. 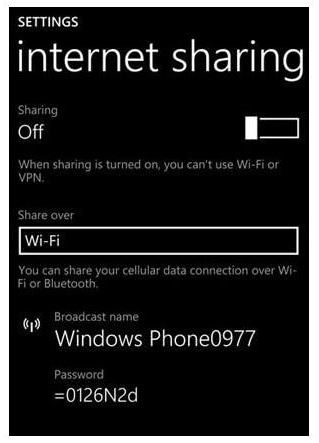 Using Windows phone you can manage data usage so that when it reaches the limit, the internet will automatically shut down. Below is how to use it:

Those are some ways on how to set up Wi-Fi hotspot on Android, iOS, Blackberry, and Windows phone devices.

How to Hide Apps on iPhone, iPad, or iPod Touch [Step by Step]

How to Hide Apps on iPhone - Do you feel disturbed when you peek at the application on your iPhone?...

Are you an iPhone or iPad user, do you have a broken iPhone charger? Don't throw it away right away...

9 Ways On How To Free Up Space On iPhone

Free up space on iPhone - Your iPhone is fast full because a lot of garbage or applications are not...