9 Popular Street Foods in Korea, Who Want to Try

by Sarah
in Street Foods
0 0

Korea is not only famous for its dramas, but this country also has an extraordinary food culture. There are many types of food and culinary there, including street food which is very diverse and can be an alternative for those of you who travel to Korea. While enjoying the beauty of the corner of the city in Korea, you can hawk delicious and delicious street food. Here, we present to you 9 popular street foods in Korea.

Usually, Korean food is placed on top of rice, vegetables or along with corn. Their authentic food is made of side dishes served with rice. Meanwhile, the ingredients and spices used also differ from one region to another in Korea. So, there are many menus that you can enjoy even on the side of the road. For tourists who come to Korea, you can find a lot of street food there, there are many street foods that you can enjoy starting from healthy foods that are not healthy, if you are good at choosing food, this is not a problem for you because you can get suitable and delicious food. healthy for you. 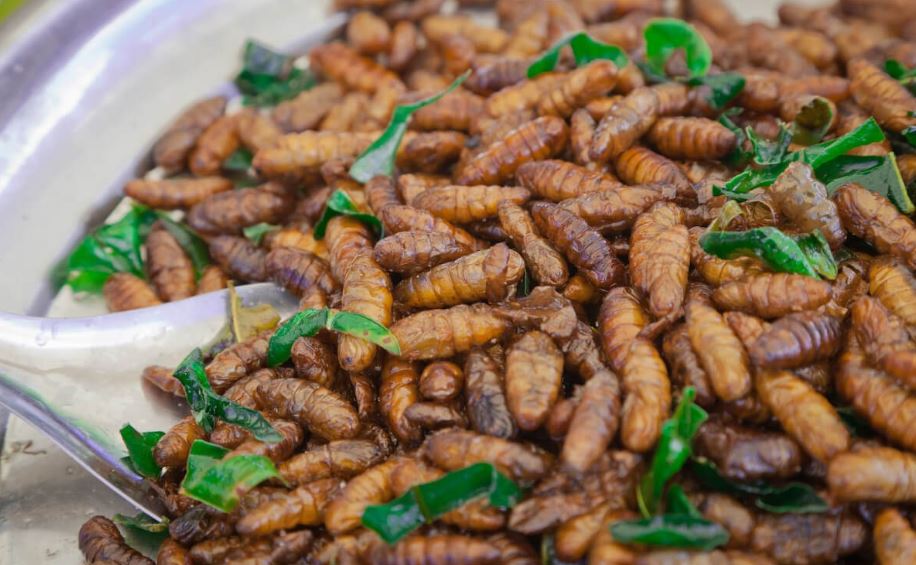 The habit of Koreans is like most places in big cities around the world, where they sometimes wake up a bit late and are lazy to make food at home. This is what makes many people peddle street food that can be bought. They usually wake up early to pack up for work, and buy breakfast food that is sold on the roadside. Thus, street food is very popular in Korea with various recipes and menus available there. Want to know 9 types of street food that are popular in Korea, keep reading our review to the end.

One of the famous street foods in Korea is Tornado Sausage, this is a snack that has a lot of fat because it is fried in such a way. But this food is very delicious because it is also seasoned with special Korean spices.

These are sausages that are wrapped around or wrapped in fried potatoes that have been sliced ​​like a tornado. So that when wrapped in this sauce the tray is like a tornado. If you pay attention to your health, maybe you don’t like this fried food.

Korean people like to eat insects, maybe for some people this is a disgusting food. Silkworms are one of the street foods there, these silkworms are steamed in such a way and consumed as a daily snack. This is a popular food in South Korea, if you like Korean exotic food, maybe this is one option that you should try.

This is a food made of French fries that is different from the previous food, so with the presence of French Fry Corn Dogs it replaces Korean fries. Usually, young children consume food by chewing it with tomatoes or by using sugar. You could say these French Fry Corn dogs are cute looking potato swirls. The potatoes are spirally cut and inserted through sticks, and then deep-fried until crispy. There are also those who put cheese on top to give it a more delicious taste.

Also see: 20 Breakfast Food in America You Have to Try

Kimbap is white rice cooked with salt and semase oil, some use parilla and then rolled in dried seaweed sheets that have been previously placed. This Korean street food called Kimbap is filled with meat, vegetables and sold when it’s cold. It fits in the bite as a food during the day or as a breakfast food in Korea.

Kimbap is served with a bowl of Kimchi and dipped in kimchi. This is one of the popular street foods in Korea and can be found easily on the roadside.

This one food has become an obsession for Koreans, these Hot Dods are filled with various ingredients and spices in it. Some types are wrapped in bacon or pork and cooked in oil. If we look closely, we can notice that there are white parts inside which consist of hot dogs.

Bungeoppang is a cake that looks like a fish, when making this food, the dough is poured into a fish-shaped mold so that the dough forms like a fish.

In the center of the cake is a hole filled with bean paste, and covered with dough again. Sometimes this dish is also made in the form of flowers and is known as Gukwa Ppang. This is a food that is very suitable to be consumed in cold situations or during winter. (More: 7 Top Foods to Eat in Winter )

This is one of the popular street foods in Korea, where Tteokbokki is a staple food. This is usually a bone of contention for people in the morning as a Korean breakfast food. This dish has now changed from the original recipe in past and will continue to change according to the creativity of society. The variety has remained the same since the 1950s but there are differences here and there. This is a cylindrical food, it is cooked with pieces of fish, it is spicy and cold. This includes ancient Korean street food that is still developing and selling well on the streets.

Korea is also famous for sausage food, even sausage is one of the foods that is quite famous to become street food that sells every day. This food uses a variety of meats such as pork, chicken and others. There are also those who make it using fish and made like sausage steak. Sometimes also enjoyed with a piece of cheese and sauce.

This is a simple dish that you can easily make at home. This Korean street food consists of a hard-boiled egg placed in the middle of sliced ​​bread. This bread is pre-baked to get a distinctive aroma, and then a hard-boiled egg is added in the middle or inside the slices of bread. Looks simple but very filling as a breakfast food or as a snack when you walk or ride a vehicle. (Read also: Delicious Egg Roll Recipes)

Taro Chips - Are you tired of potato chips or banana chips, that's all. There is a new idea to...

12 Japanese Street Foods Worth To Try When Visiting Japan!

Japan is a beautiful country with a variety of interesting nature, but Japan is also rich in various types of...

Thai food is very exotic, tempting with a special blend of spices, it is ready to shake your tongue. Not...

If you go around Hyderabad, there are lots of tempting street food for you to taste. Usually the food there...

New York is a big city that is quite busy, so things sometimes have to be done while walking or...