Surah al-Falaq consists of 5 verses and is the 113th chapter in the Koran. In Arabic text is الفلق. al-Falaq in English is “dawn” or “day-break”.

What is Surah al-Falaq? 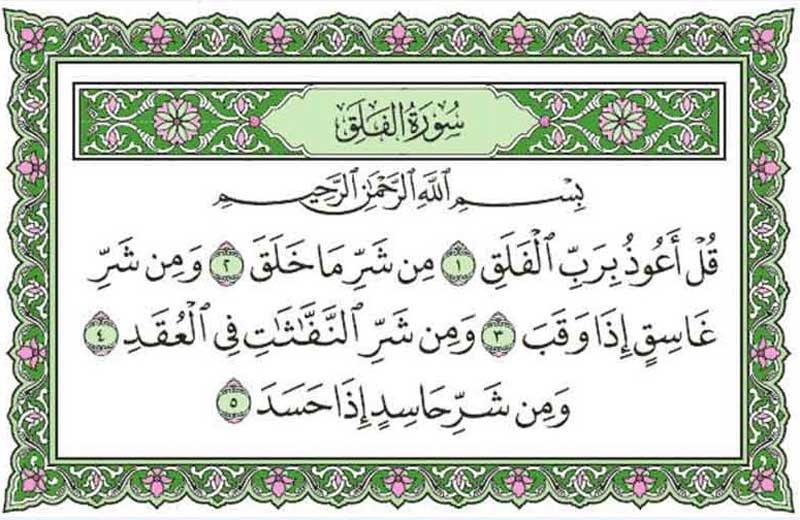 In a hadith, The Prophet (ﷺ) often recites these two suras (al-Mu’awwidhatain) when going to sleep.

Whenever the Prophet (ﷺ) went to bed every night, he used to cup his hands together and blow over it after reciting Surat Al-Ikhas, Surat Al-Falaq and Surat An-Nas, and then rubbing his palms all over his body, starting with his head, face and front of his body. He used to do that three times. 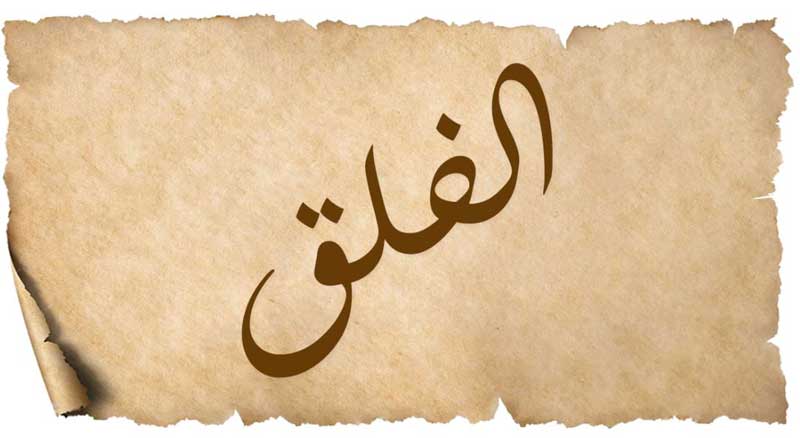 In the name of Allah, the Entirely Merciful, the Especially Merciful.

Say, “I seek refuge in the Lord of daybreak

From the evil of that which He created

And from the evil of darkness when it settles

And from the evil of the blowers in knots

And from the evil of an envier when he envies.”

In the Qur'an there are four surahs called Quls, because this surah begins with the sentence quls. What are the...