The Chrysler Air Raid Siren was huge, it was the size of a car weighing 3 tons, 12 feet long and 6 feet high. The power of this siren is supported by a gasoline engine with eight cylinders, producing 180 horsepower. It is a battlefield that produces the greatest amount of energy ever produced by man. This tool is also supported by a compressor where it pushes 2610 cubic meters of air per minute. Its speed is nearly 7 PSI, while compressed air exits through 6 large horns at a speed of 400 miles per hour. The sound produced is very thunderous and loud at 138 dB, measured 100 feet from the siren. This is the most powerful siren machine ever made by humans.

The Chrysler Air Raid Siren was created with the aim of informing the public in a very unique and surprising way, if there was a Soviet attack in the cold war. The siren that produces 138 dB of sound is made by the automobile company Chrysler in collaboration with Bell Telephone Laboratories.

Based on the bell design, Chrysler produces three popular air raid sirens. The first-generation engine, called the Chrysler-Bell Victory Siren, was made in the early 1940s, and has sold more than a hundred across the United States. The first artificial engine used an engine with 140 horsepower. Then the 180 horsepower air raid siren was developed which was introduced in 1952. The Americans bought these air raid sirens for law enforcement agencies in certain counties and they used them in populated areas.

For example, Los Angeles County, where the state buys 6 sirens while 10 others are sold to government agencies. One of them is “Big Red Whistles”, which are rung several times during routine tests. The scream could be said to penetrate a distance of 25 miles.

The Chrysler Air Raid Siren is a weapon used by the US Navy to disperse and clear fog during World War 2. Fog became a major obstacle for aircraft when the aircraft was less sophisticated and the pilots paid more attention to visibility than the instruments on ships. In this case, the British then used fire in the mist spreading technique. A series of air raid sirens were installed near the aircraft’s flight with a distance of 100 feet along the aircraft’s approach. The sound waves generated by this siren machine will cause the fog particles to coalesce and settle into the rain carrier.

however, there is a negative effect of using the Chrysler Air Raid Siren in spreading fog. The bad effect is the rupture of the eardrum as a result of a large, thundering sound. In the end, many people feel uncomfortable and nauseous. Those who work in the plane field protect their ears by using cotton covered with a sponge. This noise also poses a danger to the animals and birds flying in the sky. While the result is also not very effective in dispelling fog.

The Chrysler Air Raid Siren was last produced in 1957 and the old siren remained in use until the late 1970s. Subsequently, a lack of care and maintenance caused this 180 horse-powered engine to break down. One of the original Chrysler Air Raid Sirens is now in the city of Greenville, South Carolina, above the Poinsett hotel. Another one is on top of the New York fire department. That’s how to get rid of the fog that could endanger planes in the past before planes became as sophisticated as they are now. 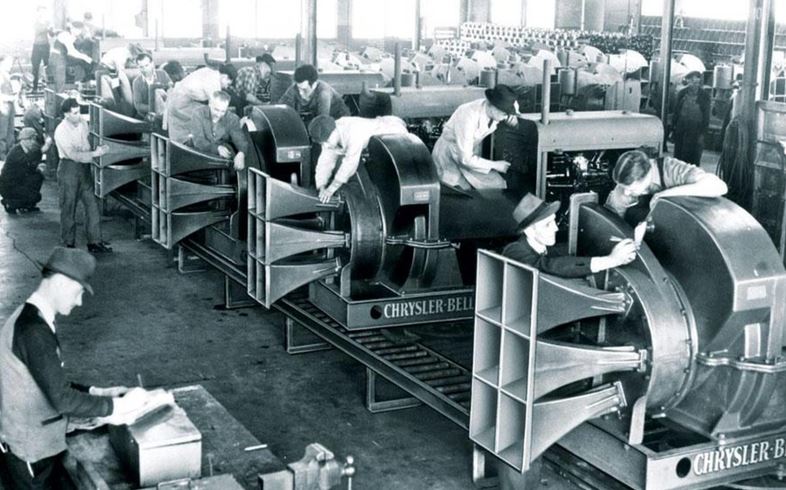 The Deepest Hand Dug Well is a small covered well, located at Nuffield Hospital in Woodingdean, near Brighton. At first...

Have you ever heard of an octopus tree? Octopus Tree is a tree but has many branches like the tentacles...

Mooning of the Amtrak is a strange tradition that has been going on for the past 36 years. This strange...

Cenote Angelita is a cave on the Yucatan peninsula, Mexico. Interesting to observe, where in the cave there is a...