by ubaid
in Lifestyles
0 0

This is a list of the most beautiful female fitness models, fitness is no longer just about being healthy, but has become a lifestyle for some artists. Fitness is an integral part of life, and we can find better and more balanced health and this has a good effect on the welfare of our lives, even with high fitness, we can get a more quality life.

Today’s women and girls are not only taking fitness as their health goal, but they are attracting their fame with fitness. With this fame, women and girls famous for their fitness were born, which we call “women fitness models”. 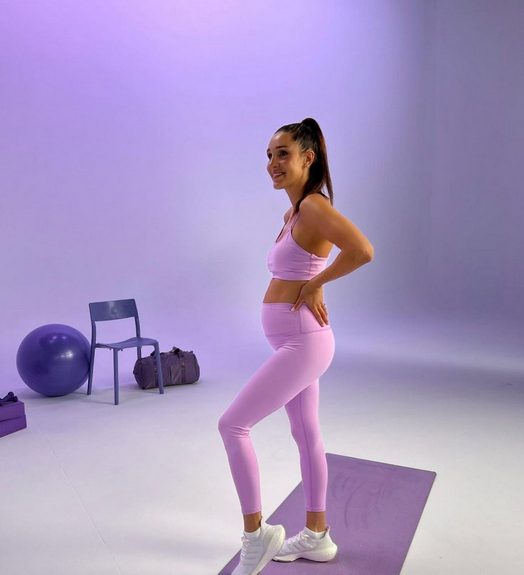 Kayla Itsines is a personal trainer from Australia, but she is thought to be from Greece because of her ancestry. This 28-year-old woman is not only struggling in the field of fitness alone, but Kayla Itsines is also an entrepreneur, author and founder of the Bikini Body Guides workout ebook series (BBG). Not only that, this young woman is also the creator of the most popular fitness app of 2016.

Kayla Itsines, as a woman fitness model, has a lot of followers on social media, where her Instagram followers alone have more than 12.5 million. Kayla was also named one of Time’s 30 most important persons on the Internet. With her various ventures and being a renowned fitness trainer, Kayla Itsines has a net worth of $60 million and is one of the wealthiest female fitness models. 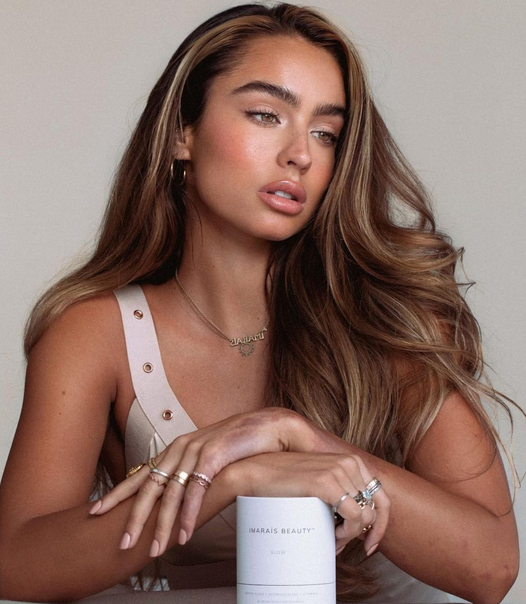 The next women fitness models on our list is Sommer Ray, who is well-known among her followers for having a beautiful body. Every photoshoot results in seductive photos, her body is fit and well-known for her healthy lifestyle. This beautiful fitness model is also a business woman. With her popularity he launched the brand “IMARA’S BEAUTY”.

This model woman also has more than one million YouTube subscribers, while her followers on Instagram are fantastic, namely 24.9 million. In addition, Sommer Ray has its own clothing line called the Sommer Ray Collection and it is becoming more and more popular these days. 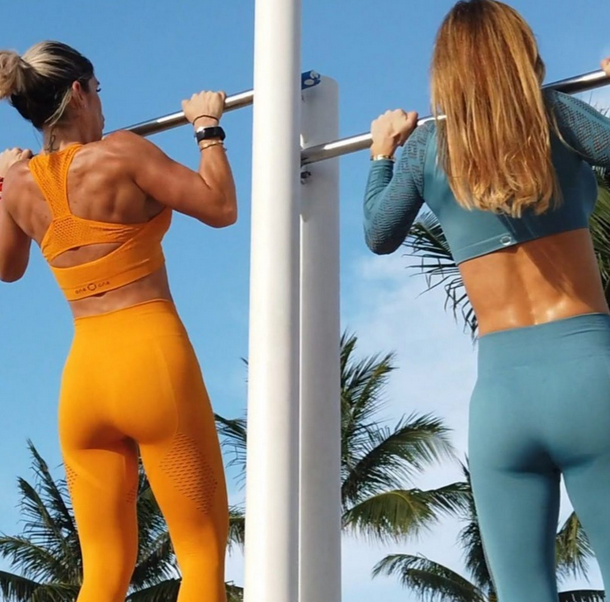 Michelle Lewin is one of the female fitness models who must be on the top list. To lose fat and form an ideal body, Michelle Lewin knows what to do. Initially she started treatment in a Venezuelan clinic, and at that time she never imagined that her career could grow so quickly.

In the fitness industry, Michelle Lewin has become a very famous figure recently, she has graced the covers of Sports and Fitness, Her Muscle & Fitness, and Iron Man and others. This fitness model lives in the state of Florida. 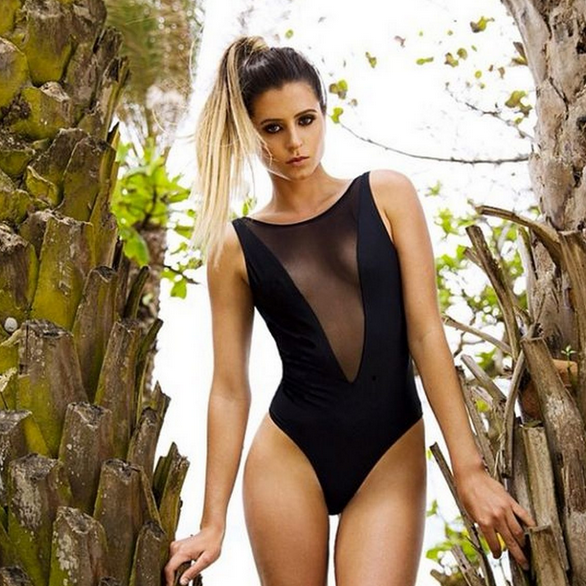 Another top female fitness model and internet star, this is Jen Selter, this 26 year old girl, although she is still young, has already built such a high reputation. The first time she fell in love with fitness was when she worked at the Gym in middle school. According to him, exercise relaxes him.

She helped many other stars to become famous like Belfie. After she became famous, she graced many media, such as Women’s Health, Vanity Fair, Cosmopolitan, The New York Post, and Elite Daily, among other publications. Her fame is also recognized by Forbes as the best fitness influencer. 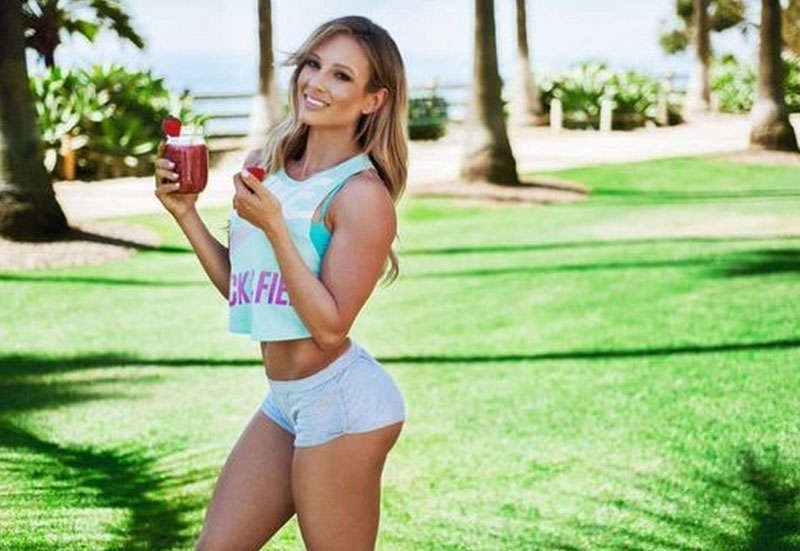 But then she chose her career path in the fitness industry and was successful as one of the best and beautiful female fitness models. She has competed in many competitions, been featured in magazines, and earns 7 figures a year, making her the highest paid fitness model in the world. 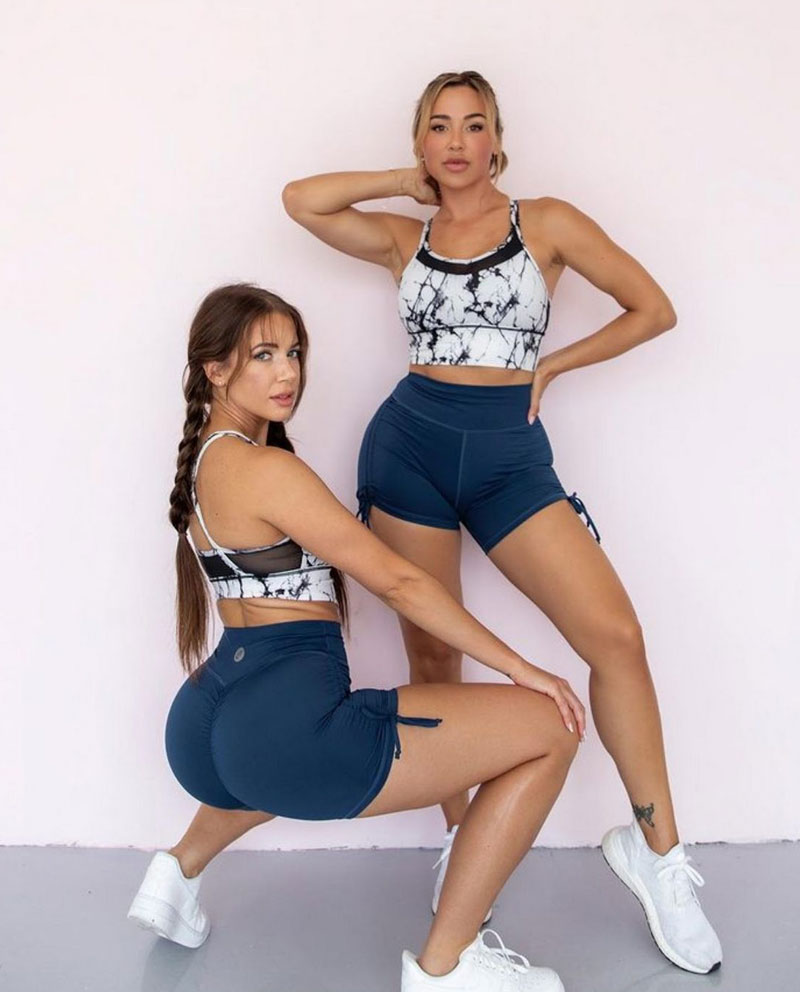 Ana Cheri is an American Fitness Models born 16 may 1986, she is also an actress, TV personality, businesswoman, social media influencer, Instagram personality. She even has her own fitness brand “Cheri Fit”.

As a fitness woman, she also owns her own gym, hosts and is a social media influencer with 12.5 million followers on Instagram.

Anllela Sagra is a female fitness model with a well-built body, she is not even shy about publicizing her muscular body. Her physique made him stand out to the heavyweights of the industry. Previously, this woman was a fashion designer and model.

Then she became a very serious person in the world of fitness and wanted to compete, in her first competition he placed third. Then she moved to Columbia and got the best pay.

According to him, in this life there is no luck, there are opportunities, it’s up to you whether you want to take advantage of opportunities or not. She then took her chances and risked everything.

Eva Andressa has worked hard to maintain her physique and deserves to be acknowledged. She competes professionally and has many achievements.

Among her accomplishments are:

This 35-year-old woman has 5.6 million followers on Instagram, and she is even more famous after being featured on the TV program Do Jo in Brazil. then in 2015, Eva Andressa started to launch her own business with the Dica Ftiness brand.

On her website bio, we cite a quote from him

“My journey began when I was in a situation that is likely very similar to where you are today. I knew how I wanted to appear and that I wanted to look that way, but I didn’t know where to begin. Workouts By Katya arose from my desire to motivate and encourage others to achieve their goals. My goal is to present you with the greatest fitness routines and information so that you can be the best version of yourself.

I was fortunate to have a mother who is a fantastic personal trainer and a father who has always been active in sports and weightlifting. I was always active and in good shape as a kid. My childhood aim was to be a cheerleader, and I worked hard to achieve that objective until I became 18!”

Karina Elle is a female fitness model everyone’s favorite. She is of Asian and European descent and is known for her slim yet muscular figure.

Her twenties brought her to fame and are now one of the most sought-after female fitness models.

On the next list is Emily Skye, a personal trainer, and a model. After years of fighting for her career, she later founded Emily Skye Fit. But it doesn’t stop there, she wants to do more, where she wants to create an online program that covers everything women need to be healthy and fit.

Anna Nystrom is of Swedish nationality and is currently a fitness, health and lifestyle YouTuber. While studying design and fashion, he suffered a setback due to several health problems.

Then he could change her life by learning all about health and wellness. He later became a personal trainer and the rest is history.

Anna Nystrom uses social media to stimulate the desire of many people to learn about fitness and health.

Bru Luccas is a fitness and social media star, known for uploading steamy photos on social media and for some of her workout videos.

She is a female fitness model from Brazil. Initially she worked in the McDonalds section but then became famous as a fitness expert.

Lauren Drain, a female fitness model who has an interesting story and was included in the New York Times bestseller. She manages her own business. Lauren isn’t just a fitness model, she’s also a registered nurse, personal trainer, and Bikini Pro.

Despite her very dark past as a member of a cult, now she is living happily and married.

Gracyanne Barbosa is a women fitness models and a famous carnival dancer. She posed for the 2007 issue of Playboy Brazil, and then went viral after a video of her squatting 450 pounds was posted. The validity of her weight was questionable but she was popular and skyrocketed.

Tammy Hembrow is one of the Australian-born female fitness models, lately she has been posting lewd photos that have garnered media attention. She is a mother of two children and is 26 years old.

In 2015 she taught women how to live a healthier and fitter lifestyle.

Amanda Lee is a female fitness model from Canada, she is a shy woman, but thanks to her mother who became her personal trainer, she later rediscovered her identity and developed her talents.

When a famous dancer tags him, he instantly becomes popular, having a huge follower.

Brooke Ence once placed 14th in the 2015 CrossFit Game. She has had a lot of success as an actress and has even appeared in Wonder Woman, Justice League, and Black Lightening.

Brooke Ence is a UItah native who has always wanted to compete.

Next, the female fitness model is Heidi Somers, she is often known by the name BuffBunny, a fitness competitor and model. Even as a fitness model, she hasn’t always been in shape having hit rock bottom due to her various health habits while in alaska.

Then she moved to Texas and started doing CrossFit before focusing on improving her physique and competing in the National Powerlifting Championships.

Anna Victoria is a successful fitness model and she is the developer of the Fit Body with Anna Viktorgoria application, this is a training and health application. She also hosts the Your Best Life With Anna Victoria podcast.

She is a NASM certified personal trainer

Valentina Lequeux has been documenting her fitness journey since 2016 and uploaded it on social media. Her efforts quickly garnered attention and she has since created a website to promote her personal training services, including fitness ideas, diet advice, and exercise videos.

Valentina Lequeux’s efforts to develop self-confidence have yielded satisfactory results. She works with her customers to improve fitness, diet, to achieve good changes in personality.

She is a fitness competitor from Hungary and motivates her competitors.

In 2015 and 2016 she created a wave of bodybuilding and won and won various events such as:

If you like it you can follow her on facebook at AnitaHerbertFitness for amazing workouts and sound tips. There is no doubt about her ability, she is indeed the best in her field.

How to Enjoy this Holiday Season with Your Friends?

15 Best Shoes for Standing, Walking, Working On Concrete All Day