How to Grow Japanese Holly Tree

by Sarah
in Gardening
0 0

This time we will explain about how to plant Japanese holly trees. Japanese Holly is an evergreen tree with a very shady branching system, at first glance it is similar to boxwood and most farmers plant this plant as a fence or next to a fence because of its limiting and wall-like shape. It not only functions as a hedge, but Japanese Holly is also useful for beautifying the landscape.

Shrub tree which in Latin is called “Ilex crenata”, has glossy leaves, round and dark green and only slightly longer or about an inch more. The flowers are small and white, in late spring have four petals and tend to attract bees as pollinators. This flower will then produce small black fruits. Japanese Holly tree is an old tree and has a slow growth rate, if you want to plant Japanese Holly, you can plant it in the fall or spring.

How to Grow Japanese Holly

Now let’s see what are the important things for you to know about planting Japanese holly trees.

Also see: How to Grow Magnolia Trees in Your Yard 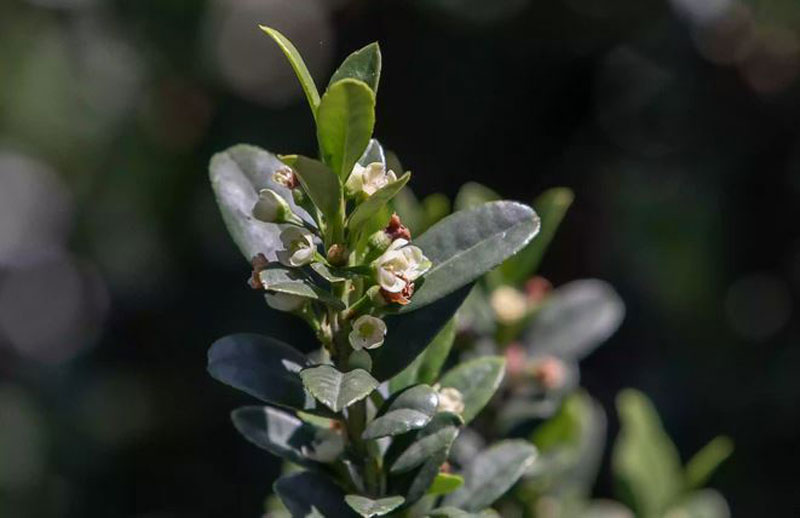 This tree is low maintenance if you can grow it properly. You need to know where the best place to plant Japanese holly is so that it grows well and minimizes maintenance. The soil should have good drainage, and there should be protection from the wind. Find a place sheltered from strong winds so that the Japanese Holly tree doesn’t fall before it grows.

if your tree has grown and seems to be mature, then the maintenance is certainly less. Sometimes you just need to water it in the dry season. While fertilization only takes once a year, so it’s very light and not at all annoying like plants that have to be fertilized every two months.

In terms of pruning, Japanese Holly also does not require significant pruning, this is only necessary if you want to shape the plant the way you want it.

Light is the source of life for all living things including plants and trees. So planting trees should pay attention to this. The Japanese Holly tree is a tree that needs sunlight too, in hotter or warmer places it still tolerates 3 hours of full sun each day. But in colder places, at least this tree should get longer sunlight, at least it gets 6 hours of full sun most days. This is to keep the Japanese holly tree growing fast and having dense branches.

If there is not enough sunlight, the Japanese holly tree will have stunted growth, and the branches will not be as dense.

Bush plants or Japanese Holly which in Latin is called Ilex Crenata is a tree that can grow anywhere, in various types of soil. But best for growth is loose soil, well drained, with a slightly acidic soil pH.

In addition to paying attention to the soil, how to plant a Japanese Holly tree must also pay attention to water, because plants are like other living things that need water to thrive. This tree needs moderate soil moisture. For fast growth, maintain moderate humidity at the roots so it can easily get up and grow.

When mature, Japanese Holly trees will be strong and may be able to withstand dry soil conditions. In fact, they can also tolerate and survive the occasional flood. If you soak in water for too long, the roots will gradually rot and this causes the leaves to wilt little by little.

If you are growing your Ilex Crenata in a cold place, then you should wrap the stems in burlap to prevent freezing from frost. Likewise, if you plant it in a place with high humidity, it will struggle hard and sometimes it is difficult to grow well, the ideal place for growth is a location with an average humidity level.

In the spring, you can apply a slow release fertilizer, when new growth begins. It’s even better if you mix it with compost into the soil around the Japanese bush.

Another thing to consider when growing Japanese holly or Ilex Crenata is pruning. Indeed he does not really need this pruning, but if you want to shape it to your liking, then pruning is important.

If you do pruning, then do it in the time span between spring and fall. One more pruning, i.e. late winter pruning, is important if you plant it in an area with that climate. Do not prune them about 2 months before the first frost. This is because pruning will encourage the growth of new, tender shoots, which will break down when winter sets in.

But if you see a branch is sick, or dead, then just get rid of it.

If you plant a Japanese holly tree for a hedge, of course you have to prune it so that it can be formed in such a way. So do light pruning several times during the growing season. So you don’t crop to the shape you want at once. If your plant has old branches that need trimming, cut them back in late winter, cutting them about 5 to 12 inches from the ground. This pruning will encourage the plant to produce new shoots and this can reshape your plant as you wish in the future.

11 Reasons Why You Should Love Cara Cara Oranges

How to Grow Avocados: Types of Avocado, Best Climate and Care

How to Grow Orchids Indoors and Care This Flower

How to grow orchids indoors - Orchid is the most popular ornamental plant. Planting orchids are not as difficult as...

How to Grow Alfalfa – Tip for Planting, Harvest and Pests

How to grow alfalfa - Alfalfa is a shrub plant like raspberry bushes, but alfalfa usually used for animal feed...

How to Grow Coffee from Seeds in Pot, and Care It

Want to grow coffee at home in a pot? Don't worry, this isn't as difficult as you might think. Learn...

AboutDid you know what a hydrangea tree is? This is a type of flowering plant that has small and shrub...

How to Grow Broccoli In Garden

To day we will talk you about how to grow broccoli in your yard or garden. Broccoli is a delicious...