Kodo millet is a grain-producing plant like barnyard millet. The scientific name of the kodo millet is Paspalum scrobiculatum, is an annual plant that is grown and cultivated in Indonesia, India, Philippines, Vietnam, Thailand, and West Africa, which is the place of origin of the kodo millet plant. In various parts of the world this plant is grown only partially as a side dish. Unlike India, especially in the Deccan plateau, where it is grown as a staple food source in large quantities.

Kodo millet has many names, maybe this is according to the area of ​​each planting. Among the many names are Creeping paspalum, Water couch, Indian paspalum, Ditch millet, Scrobic paspalum, Mau’u-laiki, Scorbic, rice grass, Veld paspalum, native palspalum and rice grass paspalum. Kodo millet is a food ingredient that is often sold as fast food in several regions of India.

Food from this grain is superior and great than rice. It includes gluten-free foods, rich in fiber, minerals and vitamins. Consuming kodo millet has many health benefits, especially in improving the quality of health.

So, what are the health benefits of kodo millet, let’s see the following discussion.

If you often consume wheat or rice as your daily staple, try consuming kodo millet every now and then. It is a superior food to rice even to wheat. So, if we make it a staple food as some Indians do, it will provide many health benefits. Kodo millet is rich in protein, fiber and minerals compared to the main cereals of most of the world’s population.

The paspalum scrobiculatum can also be used like rice. It can be cooked like rice for staple foods and can also be ground or ground into flour which is used for various cooking purposes. Consuming kodo millet can provide balanced nutrition for our bodies, not the same as consuming white rice. Here we take a look at some of the health benefits of kodo millet. 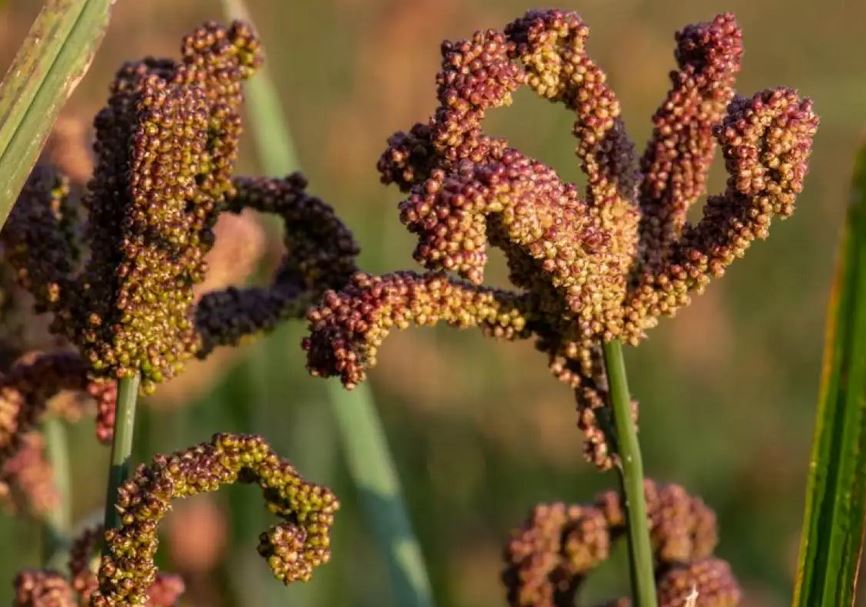 Consuming kodo millet on a regular basis is good for lowering the level of glucose in the blood and good for promoting an increase in insulin which is needed to convert sugar into energy. Among the substances that act as anti-diabetic in kodo millet are quercetin, p-hydroxybenzoic acid, ferulic acid, syringic acid and vanillic acid. it is highly recommended for diabetic patients to be able to regularly consume foods from this grain, in addition to kodo millet, diabetic patients can also consume barnyard millet which is also rich in fiber.

2. Rich in anti-oxidants and anti-microbial

The content of antioxidants and polyphenols in kodo millet is very good at preventing the growth of bacteria such as Staphylococcus aureus, Leuconostoc mesenteroides, Enterococcus faecalis and Bacillus cereus bacteria. As antioxidants, these foods are good for preventing cancer and various health problems associated with aging.

The benefits of kodo miltet are also known for their ability to prevent obesity. It is a fiber-rich grain that can prevent the accumulation of fat in the intestines and by moving the intestines easily to expel waste.

The benefits of fiber are also influential in preventing the rise of cholesterol and triglycerides. So, kodo milliet is well-known as a food for managing weight gain.

It is a versatile food including for those in post-menopausal age which is often associated with cardiovascular disease, high cholesterol and high blood pressure. So it is very good to consume kodo every day, even better if it is made as a daily staple food.

Kodo grains are rich in fiber and low in fat, this provides a quick feeling of fullness and prevents a person from consuming more food. It can control weight and reduce obesity.

If you are fat, then you should include kodo millet in your daily diet to prevent obesity. This is a form of effort to keep the disease away.

One of the health benefits of kodo millet is also in reducing cholesterol. It can reduce triglycerides, as well as reduce c-reactive protein. Therefore, it can lower bad cholesterol and prevent heart problems. You can say this is one of the healthy foods for the heart and is on the list of heart healthy diets.

In the culinary sector, grains with the name Paspalum scrobiculatum also have many benefits, including:

In Africa it is eaten as food when hungry

Milled into flour, and used to make puddings, this is commonly practiced in India.

Africans use kodo millet as an ingredient for cooking such as rice.

Other Facts about Kodo Millet