Example of advertising – Ads or ad text is a medium for promoting products to consumers. The breadth and size of the market reach of an advertisement will provide great opportunities to get consumers of a product. That is why advertisements are placed in busy places such as on highways, intersections, or through digital media that many people visit. One of them is tv, radio or online media such as websites.

The objectives of various advertising media are the same, namely to get a buyer for a product being advertised or to achieve the socialization objectives of the advertisement. So, from this we understand that advertising is something that is important in development.

In this modern era, ad competition is very serious and strong due to the variety of media advertising promotion itself. If in the past we only used newspapers, tv and banners or pamphlets on the side of the road, now the advertising media is more advanced, that is, it has penetrated the digital world or online content has even become the best media for advertising. So, naturally, a website with a lot of traffic has quite expensive advertising space. The more visits a media has, the more expensive the advertisement price is.

Advertising text is very important in making advertisements to provide understanding to consumers or the public so that they are more aware of the products offered or the socialization of an interest in the community, both rural and urban.

However, ad text is different from regular announcements, the target of the ad text is more persuasive so that consumers are interested in buying the product. Apart from that, the ad text also functions as follows:

Media persuasion: The ad text aims to persuade and direct potential consumers to buy goods, services or products that are usually spiced with hot words such as XX% discount, buy one, get one, etc.

Reminder media: the goal is to remind consumers about a product so that consumers want to continue to use and use the product.

To produce a good and weighty ad, ad text cannot be made carelessly, but there are principles and structures that must be adhered to. By rests on this ad text structure, it will be easy for you to compile the text of an ad.

An ad has a title at the top, but not all ads use the title, sometimes some ads only use the product brand at the top.

This is a core and there may not be a product name because we are promoting a product. Of course, the name or brand of the product is a must so that people know that we are advertising the product.

In the product description section, you must review in detail all the contents of the product as well as be as compact as possible. You can include product specifications, your address, a contact in the form of a cellphone number or an email that can be contacted.

Rules and Rules for Discussion of Advertising Texts

In addition to knowing the fund structure of ad text arrangement, ad creators must also understand and understand how to write and discuss the rules for ad text discussion. Because writing ad text is not the same as other writing. The following features of the language in the ad text that are commonly used.

A slogan is something that is always in an advertisement, if you have been paying attention to an advertisement for a long time then you will know that the slogan is always there and the sentences you make must be as attractive as possible so that they can attract market attention, be made attractive, and striking. So, make a catchy slogan with four or five words.

The sentence used in an advertisement must be persuasive, meaning that it must invite potential consumers to pay attention to the products we are advertising and lead them to like and buy our products without being pushy. So, you have to learn persuasive sentences that can amaze potential customers and like your products.

Among the words persuasive are containing such as “cheap”, “reliable”, “fast” other funds.

In addition to persuasive sentences, in the ad text you must also pay attention to the point of view. The first point of view is that it is recommended as to use the subject of me, me or us. This is as a substitute for the first ad ordering.

If in advertising we use point of view 1 or POV 1, we can usually bring producers closer to potential consumers. Here we see examples of advertisements and their types.

Examples of Ads and Types of Ads

After we learn about ad text, structure and discussion we now look at the types of ads and examples of ads. Actually, there are very many forms of advertising that are used but we will discuss some of them. Let’s take a look at the following examples and types of advertisements.

In making product ads, the most important thing is to make the slogan, tagline as attractive as possible. Prioritize using sentences that are easy to remember and easy to get into someone’s mind.

Some sentences or slogans that are often used are:

Classified ads are ads consisting of only 3 or four lines with a small format. This type of ad uses limited advertising space or space, so the sentences that are made must be short and meaningful. Usually, this ad offers goods, services to the sale of a house or car.

In addition, usually in making classified ads, many of them use abbreviations to contain all the messages they want to convey.

Column ads are different from classified ads because they are bigger and certainly take up a lot of space, sometimes it can be a single page of a newspaper or magazine. In making column ads, not only text or slogans, but also images are included so that it is more attractive.

Column ads are usually made to promote a new car or to say someone’s death or death, or to congratulate someone on someone’s inauguration.

For example, regarding disaster management, the holding of a recitation or tablik akbar, Go Green, about health centers, drug prevention and others.

The purpose of public service advertisements is to provide information and upload people’s hearts to an issue that is being discussed.

Let’s Save Electricity
Turn on sufficiently, turn off the rest. (Example of PLN Service Advertisement)

Global Warming Threatens the safety of planet earth !!
If You Love This Planet
If You Love Your Children and Grandchildren
Act Now
Come on .. !! PLANTING TREES (Example of Environmental Service Advertisement)

Actually, advertisements for product offerings are almost the same as product advertisements for buying and selling of goods, only this is not selling directly but attracting buyers and then following the services we offer. Examples of offer ads are like tutoring ads, house offers, apartments, or investment offers.

To make a good and correct offer advertisement, we must pay attention to the following things:

In addition, also use inspiring magic words such as “50% DISCOUNT, Free, Promotion Price,” or the words “prizes” ..!

Job advertisements are a type of advertisement that is made by companies or institutions that want to recruit workers. Nowadays, there are many newspapers that present and publish job vacancies. If you are the one who wants to make this type of ad, make sure to include an address and contact number that the applicant can contact.

Likewise, if there are conditions or equipment that need to be needed. 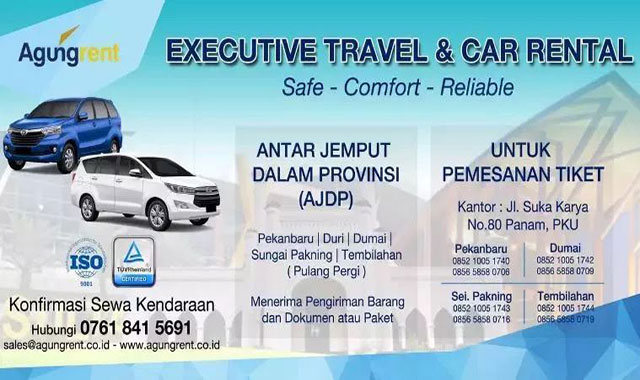 Service ads are advertisements that promote services that you want to provide. This advertisement aims to promote your expertise in helping others, be it repairing goods or opening Umrah travel and others.

If you make a service offering advertisement like this, what you have to highlight in the ad is your skills and anything you can do, such as repairing cellphones, service clocks, laptops or priter. Can also make advertisements for cutting services in the garden.

The following is an example of a slogan in Javanese

Example of ad text in Javanese

Another example of Javanese language advertising

– An example of a Javanese Milo ad

English advertising is a type of advertisement that uses English and the rules or structure remain the same. For example, consider the following English ad text:

It is very important, how you start your day, the first taste that you feel.
the good taste – MOM’S COFFEE –

Commercial advertising is just like any other commercial advertisement. Ads highlight a product that can make consumers or buyers like the product. You can offer products in the form of drinks or food.

Actually, educational advertisements are included in the category of public service advertisements, it’s just that these advertisements promote services from the educational side. The contents can be in the form of invitations or announcements about education, for example inviting school children to study hard not only at school but also in the home environment.