Dua when Look In Mirror, Hadiths, Virtue, Arabic and Latin

by ubaid
in Religion
0 0

Lookoing in Mirror is nature and instinct of every woman, it is incomplete if they have not mirroring in dressing and make-up. However, now mirroring is not only done by women, but men also do it. So, pay attention to adab and prayer when mirroring on this article.

Looking in the mirror to make up and make up is a favorite of women everywhere, but nowadays men always do mirroring in tidying their faces and bodies without the need for help from others. There is no problem with mirroring, it’s just that to increase our gratitude to the creator, it is necessary to pay attention to the manners of mirroring. Islam is a complete religion so that there are rules for mirroring problems. One of the mirroring manners is to recite prayer in the mirror, the goal is to add our gratitude to Allah for the blessings of the face and appearance that He grants.

In this article we will discuss a number of things about mirroring such as look in mirror manners, hadiths about mirroring, and the most important thing is mirror prayer.

Prayer when looking in the mirror

In some sources, prayer in the mirror takes many forms. But only a few are widely used and practiced. Maybe one of the reasons is because this prayer in the mirror is quite short, but complete and is enough to show our gratitude to Allah SWT who created us in the best possible form.

Meaning: All praise belongs to Allah, as you have made my creation good, my morals will improve.

This dua that recited when looking in mirror is a du’a in the hadith narrated by Imam Nawawi in his book al-Azkar. Where in the hadith it is stated that Sayyidina Ali karamallahu wajha once said that when the Prophet SAW look in mirror, he recited a dua as above.

Hadith About Dua Look in the Mirror

Most of the prayers for the mirror are sourced from the hadith of the Prophet SAW, this hadith is narrated by the companions and then they teach to the ummah after him until now. The purpose of this mirrored prayer is to add gratitude to God who has given us physical perfection. That is why the meaning in the prayer shows our gratitude to Allah SWT.

One of these hadiths is a hadith narrated by Al Thabrani in Ausath, where Anas bin Malik RA. said that if the Prophet SAW wanted to mirroring then he recited the following prayer:

Meaning: “O Allah, (as) You improve my appearance, also improve my morals.”

The two hadiths above are mirrored prayers which have almost similar meanings to each other, both contain the meaning of gratitude and ask Allah to beautify our morals as Allah has beautified our appearance. The basic goal is that we have noble morals, morals as exemplified by Rasulullah SAW.

3. Commentary of Experts on Hadith for looking in mirror

The hadith above is a support for prayer when looking in mirror on what is taught by the scholars in various us yellow. The existence of this “looking in mirror dua” is very important so that the experts study and provide positive comments on the hadiths that reflect it. The following are some of the comments of scholars regarding the hadith.

Meaning: Among the sunnat (reading du’a) when looking at the mirror, namely the mirror that reflects the image (shape) because of the Prophet SAW. there is a prophet doing that. And it is sunken to read what has been mentioned in the hadith, namely: O Allah, as you have made my physical appearance good, my morals will be good.

Read more: Parents In Islam | The Importance of Parents

There has been an authentic history that the Prophet SAW recited the prayer, but it was not mentioned by the special from prophet to recite the dua when looking in the mirror. And Ibn Rusyd was asked about the problem of this mirrored prayer, he denied it to people who thought there was no such prayer because the hadith of the Prophet SAW has clearly been a meditative prayer and is required to recite a meditative prayer.

In addition to the hadith of the Prophet SAW about the dua of mirroring, there is also an explanation of the Qur’an about this, this indicates that the mirror is an act that is required of him to recite prayers in order to increase our gratitude to our creator.

The more we appreciate the mirrored prayers, the more we will increase our taqwa to Allah who has created us human beings as best as his creatures and also Allah who has perfected the creation of human beings in the best form and filled with extraordinary intellect. One of the verses of Allah in the Qur’an about this is Surat At-Tin verse 4.

Meaning: We have created human beings in the best form.

God has given a very good and perfect form to man, with all the favors man can feel the beauty of life, the beauty of togetherness and the beauty of the various favors of God. Therefore, it is obligatory for human beings not to neglect this favor. Do not use this extraordinary favor of Allah on His vices but always use it on good things that are worth worshiping and beneficial for the hereafter. This is the fact of being grateful for God’s blessings.

The Manners When Look in The Mirror

As we explained above, mirroring is a nature for both women and men. Being grateful for Allah’s blessings is an obligation, with this human being will be increasingly added to his sustenance and vice versa if a man kufr is delicious, meaning that he does not use the blessings that are blessed by Allah then he will be given a painful punishment. But if he denies that blessing comes from Allah, then he will either be kufr or leave Islam.

So, as a form of gratitude, we always put Allah’s blessings in place and often recite prayers in the mirror when decorating or dressing. The law of reciting this prayer is sunnat but the benefit is great, namely adding our gratitude to the Divine. Here are some manners for looking in mirror.

Manners make up or dress up

It is not only look to mirror that has the manners, but also the decoration. Usually when looking in the mirror, someone will make up or dress up. Here is the decorated adab in Islam. 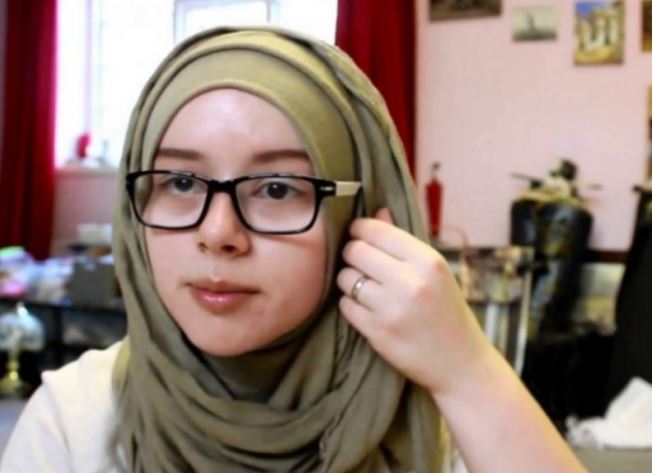 The Virtue of Reciting Dua When Mirroring

So, looking in mirror is not an activity of carelessness or self-indulgence or existing beauty, but the mirroring can be a good self-introspection activity in knowing oneself as God’s creation, as well as adding devotion to Allah SWT.

99 Beautiful Names of Allah (Asmaul Husna) and Their Descriptions