Featherless Chicken, this is not because of fighting with other chickens so that their feathers fall out. However, this slippery chicken is the product of an Israeli geneticist named Avigdor Cahaner. He first made a featherless chicken at the faculty of the Rehovot Agronomy Institute near Tel Aviv, Israel. This featherless chicken is the result of crossbreeding between broilers and other types of chickens that are without feathers on their necks.

His goal in making featherless chickens is to produce chickens that are safer, more comfortable and energy efficient and can live in hot countries. Unlike some feathered chickens which do not do well in warm countries. Those who wish to raise feathered chickens in hot areas have to purchase very expensive coolers. So, with a new breakthrough, namely making featherless chickens through cross-breeding, this will be more economical and more comfortable.

However, the cons say that it does not benefit the animals at all and even makes the life of the chickens worse. Males have a problem with this, they cannot mate because they cannot balance by flapping their wings. In addition, these featherless chickens are more likely to be exposed to parasites, mosquito attacks, skin diseases, sunburn and temperature variations.

See too: Popular Blue Holes Around the World, and Shrek, The Sheep Who Escaped Shearing For 6 Years 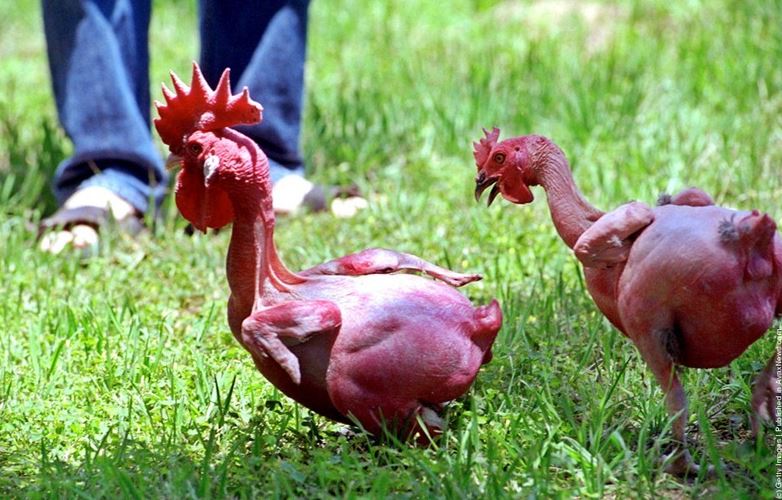 The Israeli defended his product, saying “this is not genetically modified chicken, but a natural chicken whose characteristics date back 50 years.” He said that this was an ordinary chicken and in fact it had no feathers. Scientists also hope to have fast-growing chickens because they don’t have to grow their feathers. That way, the chicken will grow bigger, scientists hope.

The first time, this featherless chicken appeared in 2002 and since then until now it is no longer strange to hear about it. The lack of coverage in the media causes many people to not know clearly about Pak Cahaner’s chicken, so it is not bred in large numbers for commercial purposes. 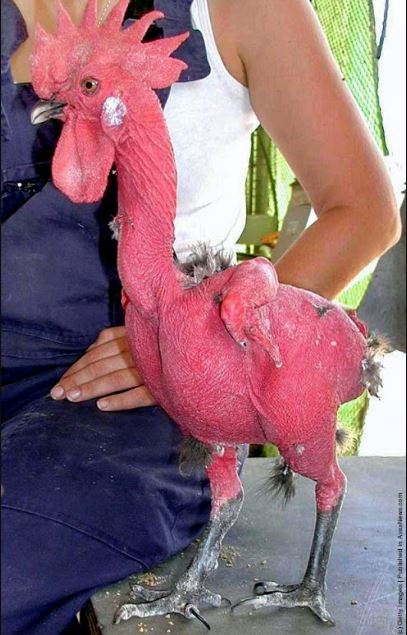 Also see: The Mystery of the Puma Punku Stone Carving 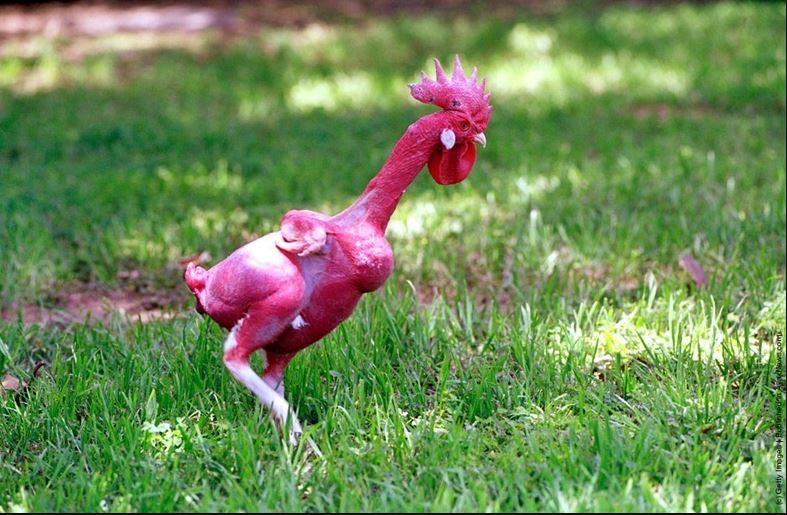 23 Foods That Start With U