Funny Thai Films – Thailand films are not very popular in the film industry and are still inferior to Korean films. However, the quality of Thai films is not arbitrary and is equal to popular films like Korean dramas in general. However, there are a number of Thai films that many viewers like, especially funny and ridiculous Thai films. For those of you who like media films, you can watch the following Thai films and you are guaranteed to laugh.

The Thai film storyline is great and the acting is also amazing, they really appreciate what they are portraying in their comedy films. Next, let’s take a look at the list of Thai comedy films that are really funny and ridiculous this year.

Suckseed is a Thai film that tells about the friendship of two children named Ped and Koong who are in high school, they have been friends since elementary school and both have the same hobbies. One time they wanted to start a band and audition.

When they formed a band, their project went well, but then started to get into trouble when the two fell in love with the same woman, Ern. Actually, Ped has loved ern since elementary school but he is embarrassed to tell about it. As a result of this love, the band they formed finally disbanded.

There are many lessons that are presented in this Thai suckseed film, besides the comedy side there is also a value of friendship in it, Suckeed is a Thai film in the top ranks for you to watch and this film is ready to churn your stomach. 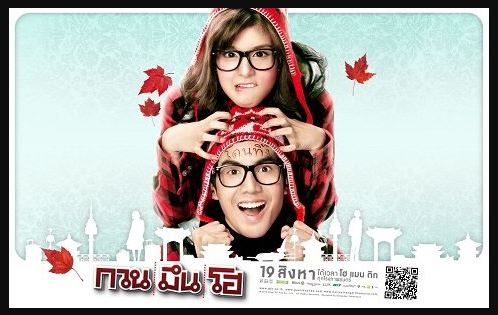 Another funny Thai film is titled Hello Stranger, starring Chantavit Dhanasevi as Dang, a young man who breaks up in love and to treat his turmoil, he finally takes a tour to South Korea. However, the funny thing is that he even got lost from his entourage.

But there then he met a woman from Thailand who was also on vacation, and Dang finally followed her where he was, at first this woman felt uncomfortable but eventually fell in love with Dang. Dang here is very unique, because he doesn’t know the woman’s name and this lasts a long time. This is one of the funny Thai films that you should see and watch with your friends. 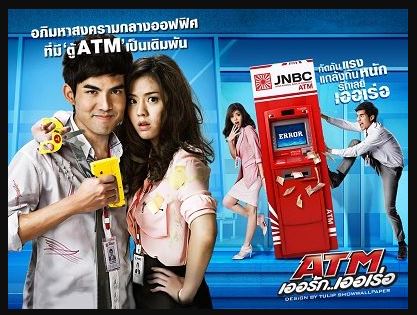 ATM: Er Rak Error is a romantic film or love film that is included in the comedy film category that is ready to churn your stomach. This funny film tells the story of Sua, a bank employee who falls in love with the bank manager named Jib. However, in these companies there are rules not to establish love between employees. So if they want to keep their love and relationship going then one of them has to leave the bank.

One day there was an incident at an ATM which was a breakdown, where everyone who took money there would come out with a double amount. So, for that matter, jib and sua are assigned to return the leaked money to the bank. The two of them seem to be fighting and scrambling because whoever doesn’t succeed will be expelled from the bank.

This Thai comedy film is said to be a successful film attracting large audiences. The acting of both Chantavit Dhanasevi (Sua) and Preechaya Pongthananikorn (Jib) was very cool and made many young people fall in love with this film and want to watch it. The success of the film ATM Er Rak Error finally gave birth to his second film entitled ATM 2. 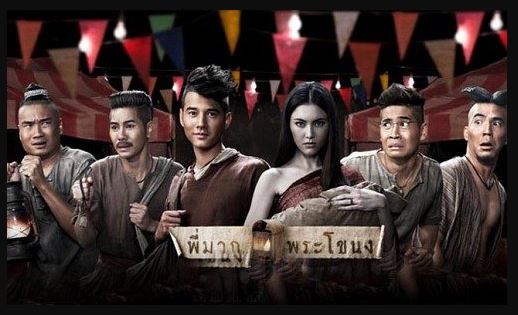 There is another funny Thai film, namely Pee Mak, this is a Thai horror film but is wrapped in comedy so watching it becomes timid. The comedy film starring Mario Maurer and Davika Hoorne tells the story of the past war, where Mak (Maurer) had to leave his wife, Nak (Davika Hoorne), who was pregnant at that time.

Al-tale of Nak, his wife Mak died during childbirth and Mak never found out about this. When Mak came home from the battlefield he met his wife who was actually a ghost. Mak’s friends convince Mak that the wife is a ghost.

Pee Mak is the highest grossing Thai film of all time even today. It’s a little horror, but it’s fun because it’s seasoned with comedy and funny. 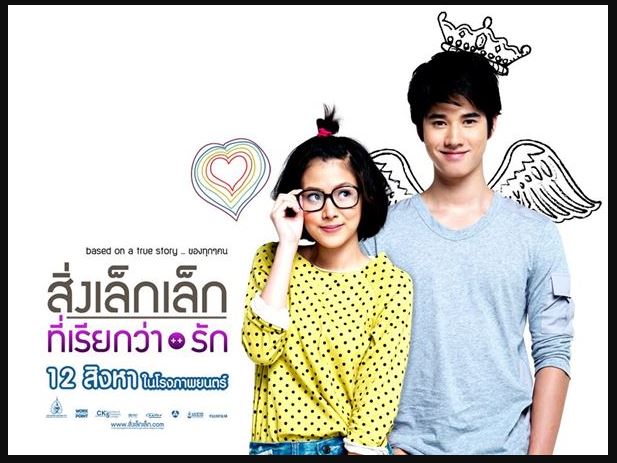 This is another funny films from Thailand which tells about a love story. The first love film was once famous as Crazy Little Thing Called Love. This film tells the story of the love story of an ugly woman named Nam (Pimchanok Luevisadpaibul) to a handsome man named Shone who is starred by Mario Maurer.

Finally, the ugly woman tried to change her appearance in various ways to become a beautiful woman and loved by shone. Indeed, there are many romantic scenes in this film, but there are also many funny scenes that make you laugh. 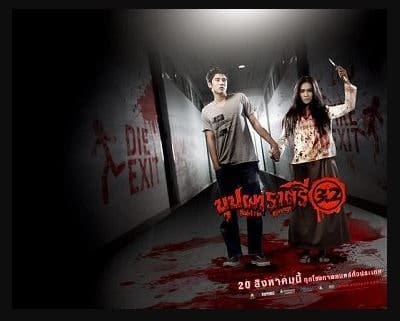 Rahtree Reborn & Revenge is a horror film, but this film is also wrapped in comedies like the Pee Mak film. This film tells the story of a man named Rung (Mario Maurer) and he has just moved into his new apartment. It turned out that the apartment was famous for its many ghosts.

In the apartment Rung meets Buppah Rahtree (Laila Boonyasak), none other than his tutor when he was a child. But strangely, Rung doesn’t realize that his tutor is a ghost and is taking revenge on all the men he meets. This horror film is often seasoned with funny and hilarious scenes. 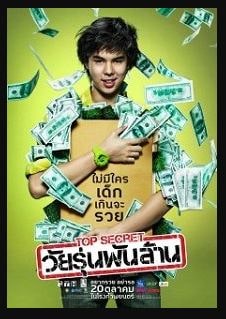 The Billionaire is a comedy film that is very inspiring to watch. This film tells the story of a lazy young man who dreams of becoming an entrepreneur. When his family went bankrupt, he had to fend for himself and get up to become an entrepreneur.

He tried all the efforts, but there were many failures in those efforts. He even tried selling VCD players, selling hotcakes and so on. But success finally greeted him and he was successful when he became a fried seaweed entrepreneur.

Also see: 10 Best Indian Films of All Time to Watch

This is an inspirational comedy film that tells the story of a young person who stops college to become an entrepreneur, and finally he sets up a Taokaenoi Food & Marketing business, a shop that sells fried seaweed. 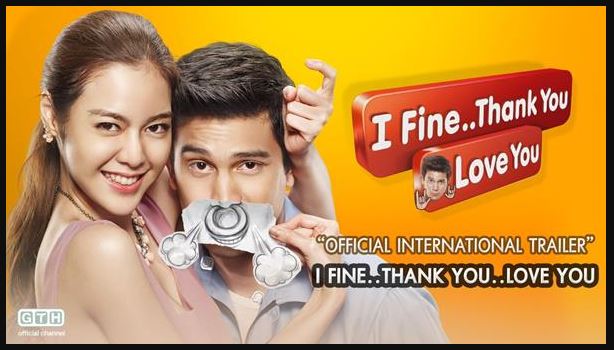 This is also a comedy film starring Preechaya Pongthananikorn, he starred in this film after the success of the film ATM. The funny thing is, in this film he becomes an English tutor who has to teach a half-crazy man named YIM

YIM’s goal to learn English is to go to America following her ex-boyfriend there. However Yim found it very difficult to learn English and almost failed. How is the story, just watch the film. 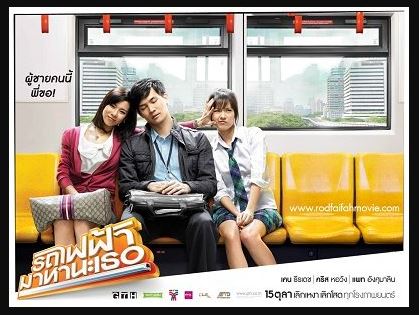 This is another comedy film that is hilarious to watch. The Bangkok film Traffic Love Story is a film starring Mei Li. She always met a handsome man every time she took the train to go to work. Finally, he started a friendship and finally got into a relationship with the handsome guy.

After a long relationship in love, unfortunately the handsome man had to leave Thailand and finally their relationship ended. There is a very popular saying from this film, “if we can’t be together, how can we call them a couple”. 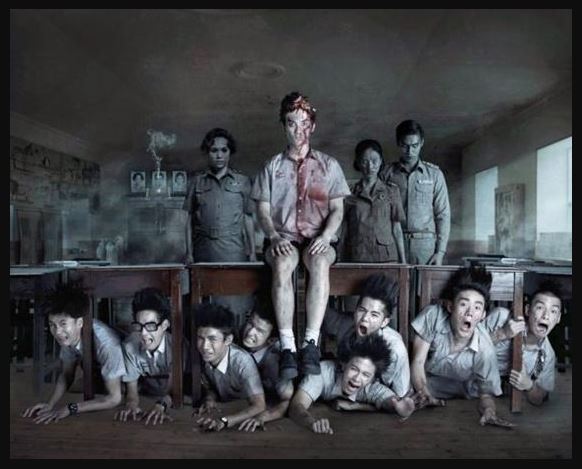 The next funny Thai films is a horror film called Make Me Shudder. This film tells the story of eight students who pretend to be brave and challenge ghosts.

One day they clenched their heads to a school which had been closed due to a suicide case. When they got there they challenged the ghosts to frighten them, but it turned out that after a ghost actually existed they finally shrank and were terrified.

The behavior of these students who are brave enough to challenge these ghosts makes the atmosphere frightening and funny and makes you laugh out loud.

That’s the list of 10 funny Thai films and comedies that are ready to make you sick to your stomach. Even though it’s funny, there are still students that you can take from every film you watch. Oh, don’t forget to watch the 20 best Indonesian religious films.

10 Rare Plants in Indonesia that will become Extinct

10 Best Indian Films of All Time to Watch