In winter, the temperature inside the greenhouse will be warm during the day and so at night, even though in the outside the room is cold due to winter, it is still warm inside the greenhouse so that plants that need warmth can still grow well. Meanwhile in Indonesia, the sun’s rays continue to shine every day, so to plant plants that require warm temperatures, there is no need to make greenhouses, which is why in Indonesia it is enough to plant plants in open land without the need to make greenhouses to capture sunlight like in a country with four seasons. . The Greenhouse Effect is often thought of as the cause of the depletion of the ozone layer or global warming so that the heat on earth increases, especially during the summer. Here we see a complete understanding of the greenhouse effect, its causes, effects and impacts and examples of the greenhouse effect.

Definition of the Greenhouse Effect

The greenhouse effect is just a term used to describe the condition of the earth that is warm and hot like in a greenhouse. The sunlight that shines on the earth makes the earth warm and then some of this light is reflected by the earth, but not this reflected heat is trapped in the earth’s atmosphere due to the presence of greenhouse gases so that the earth’s condition continues to be warm and hot, especially in summer. Normally, the earth that is exposed to the sun will get warmer during the day and at night it will get cold again because there is no sun shining on it. However, when greenhouse gases collect in the atmosphere, the reflected sunlight gets stuck in the gas.

The effect, the earth continues to feel hot even though it is part of the night. Of course, those of you studying in junior high school already know what it means by this greenhouse effect. In simple terms, the greenhouse effect is an increase or increase in the earth’s temperature due to an increase in the composition of the atmosphere called greenhouse gases, causing the earth’s temperature to continue to feel hot because the sun’s heat continues to remain on the earth’s surface as a result of not being able to reflect perfectly out of the atmosphere. It could also be interpreted that the greenhouse effect is a natural phenomenon that occurs because of the reflection of sunlight that has passed through the earth’s atmosphere (being on earth) and is also caused by substances that exist on earth, the severity of this phenomenon can damage and destroy the atmosphere.

How the Greenhouse Effect Process Happens 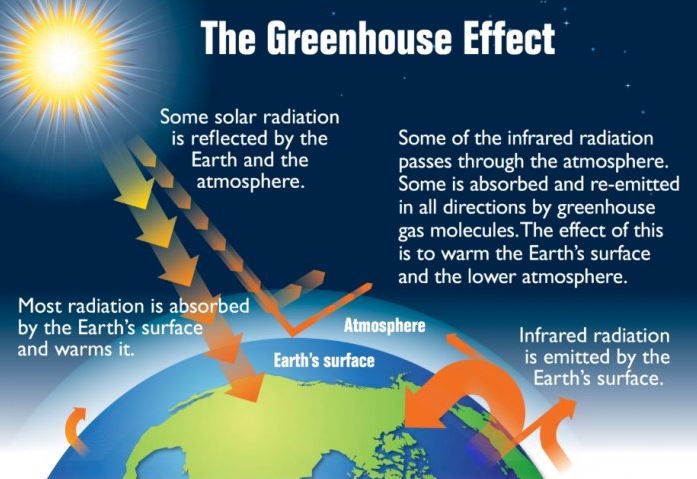 One way to prevent the depletion of the ozone layer in the atmosphere, the inhabitants of the earth must minimize the use of various objects that can produce CO2 or carbon dioxide. Existing carbon dioxide such as factory fumes, vehicle fumes and others can continuously destroy the ozone layer and make the earth even warmer. In simple terms, the process of the glass house effect begins with sunlight emitting the earth in the form of ultraviolet light and the earth then reflecting the sun’s rays back to the sky in the form of infrared rays. So, sunlight that enters the earth as heat, part of it will be reflected by the earth into space. If the greenhouse effect gases in the form of carbon dioxide accumulate in the atmosphere, the geothermal heat that is reflected cannot penetrate the atmosphere perfectly so that the earth, sea and atmosphere become hot. This heat is what is called the greenhouse effect on earth which is now an important discussion, or is known as global warming. Also read: Signs of an Earthquake

The Cause of the Greenhouse Effect or Heating 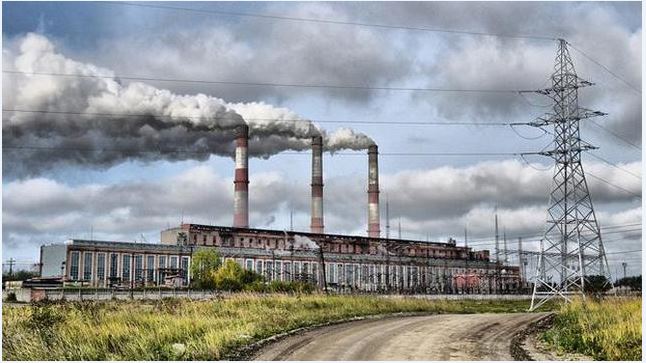 Here are some things that are important to know as the cause of the greenhouse effect, these are greenhouse gases, namely:

Deforestation without new planting is a form of environmental damage. The function of forests is to convert carbon dioxide into oxygen which is essential for the survival of creatures. However, many people are not aware of this, so they cut and burn forests for personal benefits such as farming, and illegal logging. The burning of forests itself can also cause a greenhouse effect that increases the concentration of greenhouse gases.

2. Use of fossil fuels

Using fossil fuels such as petroleum and coal as driving vehicles is one of the causes of the greenhouse effect. The result of burning fossil fuels will become carbon dioxide and will settle in the air or atmosphere so that the concentration of the earth’s temperature increases.

The agricultural industry is agriculture in a large enough area that has been calcified as a company or industry. Of course, clearing this vast agricultural land will also use fertilizers on a large scale. The fertilizer used will release nitrous oxide into space, which in turn turns into a greenhouse effect.

Industries such as fertilizer factories, cement factories, petroleum and mining are forms of industry that produce carbon dioxide. Finally, it becomes a greenhouse effect and causes global warming.

The sea can also absorb large amounts of carbon dioxide as a result of industrial waste disposal, sea water pollution, and the result of dumping garbage into the ocean. However, when the oceans are polluted and polluted, at that time the oceans can no longer absorb carbon dioxide properly.

Furthermore, the cause of the greenhouse effect is household waste which causes river pollution. This household waste that is left continuously will produce methane and carbon dioxide gas which are usually produced by soil-decomposing bacteria.

The livestock industry can also be a cause of the greenhouse effect. An example of a farm that can be a greenhouse effect is cattle farming. Why cow? Because cows can produce carbon dioxide and ethane gas into the atmosphere. Methane and carbon dioxide gas occur from cow dung and from cow farts, this is the result of decomposing bacteria in the cow’s stomach.

Result of the Greenhouse Effect

Warmer areas will cause more humidity due to the evaporation of sea water. The amount of sea vapor in the oceans causes insulation in the atmosphere. Apart from forming insulation, this evaporation also causes many clouds to form. High humidity can cause high rainfall and storm winds and landslides. The storm was getting drier and the water was quickly evaporating into the ground.

The impact that occurs due to the greenhouse effect is also in the form of rising sea levels. Sea water is increasing due to the melting of mountains and ice packs at the arctic poles. Even per decade, ice packs can be reduced by 2.7% and the global average temperature increases.

The warming that occurs in the earth is an example that we feel very strongly about. Along with changes in conditions in various places such as melting ice, rising sea surface temperatures and air temperatures, causing changes in global temperatures. These changes have been measured by scientists by measuring the atmosphere, oceans, glaciers, ice and show that the earth is currently warming due to the greenhouse effect.

Furthermore, the impact of global warming is the occurrence of ecological disturbances. This disturbance causes animals to move and migrate to cold areas such as ice poles and mountainous areas. In addition, plants will also change the direction of their growth, they will look for new areas that are suitable or warmer as their habitat. However, human development hinders the process of moving the star’s life. When these animals move north or south, they will be impeded by the building of human houses, cities and agricultural lands. This caused their migration to take a long time. Then cause some species that are not able to survive long will experience extinction.

Substances that Cause the Greenhouse Effect

1. Use of chemical fertilizers

Furthermore, substances that can cause the greenhouse effect are carbon dioxide or CO2 which occurs from forest burning and land clearing in a way. Land that is cleared in many places on a mobile basis will be exposed to chemicals from the use of fertilizers. In developing countries such as Indonesia, forests are often a source of income, so that many destroy forests for profit alone or for groups without paying attention to the environment. However, unlike developed countries, forests are used more as a vehicle for conservation. Forests are the lungs of the world, if the forest is decreasing, the more carbon dioxide is spreading in nature, thus giving a share of the increasing greenhouse effect.

Compound carbon dioxide: This is a greenhouse substance that has the largest contribution and influence in global warming. This substance can only be absorbed as much as 0.3% in the atmosphere and absorbed by plants and trees naturally with the help of the sun.

Methane compounds: These are compounds that arise when certain bacteria break down organic matter in the airless state. Methane is also a substance that produces carbon dioxide. Man-made methane can come from industry and biomass combustion.

Nitrogen: Nitrogen is another substance that causes the greenhouse effect and is included in the greenhouse gas. This is a long-lasting substance, it can last up to 150 years in Earth’s atmosphere. So a small increase in emissions can also have an impact on global warming. The process of burning fossil fuels and using nitrogen fertilizers can cause a greenhouse effect.

Chloro Floro Carbon: Excessive use of CFCs such as in air conditioners, the electronic industry, dry cleaning and others can increase air pollution. Its continuous use will cause this substance to accumulate in the atmosphere layer and gradually become one of the causes of the depletion of the ozone layer.

Impact of the Greenhouse Effect or Global Warming 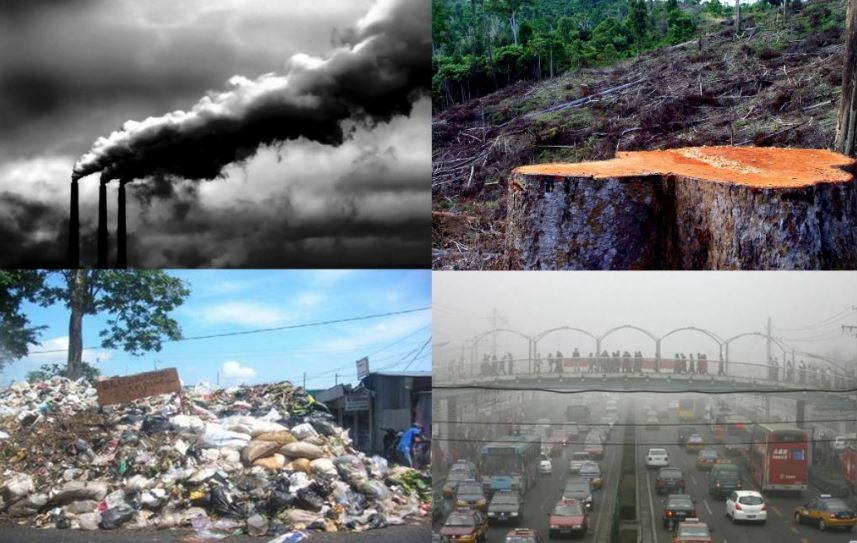 Furthermore, another example of the greenhouse effect is burning waste. Indeed, if only one or two people do it is not a problem. What if the burning of rubbish happened so much throughout the world that it even happened continuously. Burning waste causes carbon dioxide or CO2 which causes the greenhouse effect. So, it is better if current waste should be separated between organic and inorganic waste so that it can be broken down into compost and inorganic waste can be recycled so that it does not need to be burned.

3. Use of vehicles on the highway

The use of vehicles on the road is also a clear example of the cause of the greenhouse effect. Many motorbikes and cars burn fossil oil so that more and more carbon dioxide accumulates in the air. This can cause the earth to be increasingly heated because these greenhouse gases reflect sunlight back in the form of infrared to the earth when the earth reflects it into space. So, now it is being encouraged to use environmentally friendly cars that no longer use fossil fuels.

The Virtue of Friday Alms [The Dalil About Alms]