Garbage is something that is thrown away from every activity of living things, some can still be used and some cannot be used or described again.

Organic Waste – Garbage is residual goods from the activities of living things either humans or from natural processes. Of the various types of waste, some of which can still be used and some that cannot be reused or renewed.

Regarding waste, it is mentioned in Law No. 18 of 2008. There it states that garbage is the residue from people’s daily activities or that occurs from natural processes, whether the waste is liquid or solid. Waste that cannot be renewed is called useless goods.

Talking about waste, this is about environmental cleanliness and healthy human life. So, on this occasion we will discuss at length about waste starting from the definition of waste, types of waste, sources of waste, waste banks and the benefits of waste banks. Likewise, it will explain how to manage waste both liquid waste, solid waste or organic waste and inorganic. 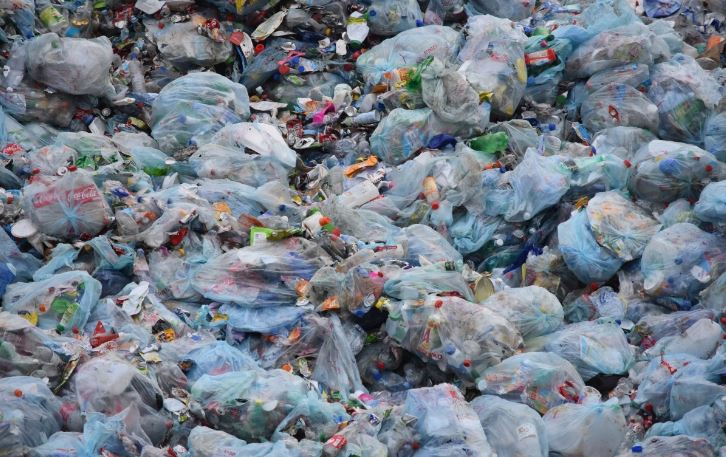 The definition of waste is something that is thrown away and it is the result of production, be it from large, small industries or from household activities. There are also those who define, garbage is something that humans no longer want after its use is complete, some can still be described and some cannot be used or described again.

The rest of this waste can be something that was produced by humans, plants or animals and is no longer used. The remaining material is usually released into nature in liquid, solid or gaseous form. Before we discuss it further, there are several types of waste. It is important to know about this waste so that the environment is not polluted by garbage or soil pollution does not occur.

See too: Organic Bananas vs Regular Bananas: Which is Better?

Knowledge about waste is not only knowing that it is something that must be disposed of, but also need to know the types of waste so that we understand how to make use of waste, not just throw it away. With knowledge about waste, we can manage waste and then turn it back into new valuable onions. The following are the types of waste that are known.

1. Types of waste based on the source of the waste

Based on the source and origin, waste can be grouped into several groups as follows:

2. Types of waste based on their nature

If it is reviewed based on the nature of the waste, then the waste is divided into organic waste and inorganic waste.

Organic waste is waste that can be decomposed or can rot, this waste can be used as fertilizer to nourish plants such as those from leaves, vegetable scraps or food scraps. Organic garbage is also called degradable sanoah.

Inorganic waste is a type of waste that cannot be decomposed or hard to decompose, this kind of waste can still be utilized but not as fertilizer but recycled back into new products such as plastic bottles, used plastic cans and others. 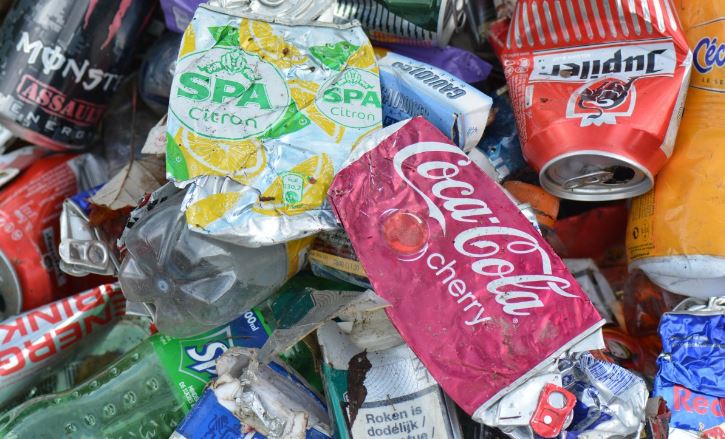 3. Types of waste based on their shape

Based on its shape, waste can be classified into two groups, namely liquid waste and solid waste.

Liquid waste is waste originating from liquid objects that are no longer needed and have been thrown away such as garbage from the dishwasher, trash from the toilet, waste from the kitchen that is liquid and other garbage.

Solid waste is a model or form of waste disposed of by humans that does not include human waste. Solid form such as plastic, cans, broken glass and others.

There are many sources of waste because from anywhere it can become waste and items that are no longer used. It could be from industry, trade, agriculture, technology and others.

Household waste is waste originating from all activities and activities in the household in the form of leftover food, leftover household utensils, cardboard, plastic, glass, cans, animal food scraps, garbage in the yard or trash resulting from fallen leaves and much more. Another example.

2. Waste from offices and commerce

In addition to these examples, there are many other examples of office waste such as printer ribbons, photocopies, batteries, printer ink boxes, laboratory chemicals, typewriter ribbons, damaged laptops, computers, computer keyboards, used cables and others.

Meanwhile, other waste from agricultural fields is plastic mulch which is no longer used. The use of plastic mulch is to prevent drying on the stems of plants and prevent weed growth.

Waste from industry is usually called industrial waste which comes from various production lines, which are usually in the form of chemicals, splinters, scraps of material, wood, iron. There is also waste from packaging products from the industry such as rags, wood, paper, and others.

This is waste originating from the process of building buildings and building construction, in the form of organic waste or inorganic waste. Among the organic examples are wood, plywood and bamboo. Meanwhile, inorganic waste is zinc, cement, species, sand, bricks, iron, tiles, steel, cans and glass.

6 Garbage comes from the road

Garbage from the road is rubbish that comes from road cleaning, this garbage is usually in the form of stones, gravel, paper, torn tires, car parts that have fallen on the road, leaves, plastics and many more.

Mining waste is all types of materials that are no longer used in mining sites and this depends on the type of mining. Usually in the form of rocks, sand, rock, charcoal burning residue and others that come from mining.

8. Waste from livestock and fisheries

Those are some types of waste according to the source. So, there is agricultural waste, trade waste, fishery waste, livestock waste, roads, building process waste and others.

Garbage Bank, What is it?

The garbage bank is a garbage collection place that is specially provided for waste that has been sorted according to its nature. Garbage here usually will later be sent to craft makers from trash or to garbage collectors. Why is it called a garbage bank? Because the management system is like a banking system by volunteer officers. This garbage depositor gets a book like a savings book in a bank. Usually the people who deposit are residents who live in the vicinity of the waste bank. 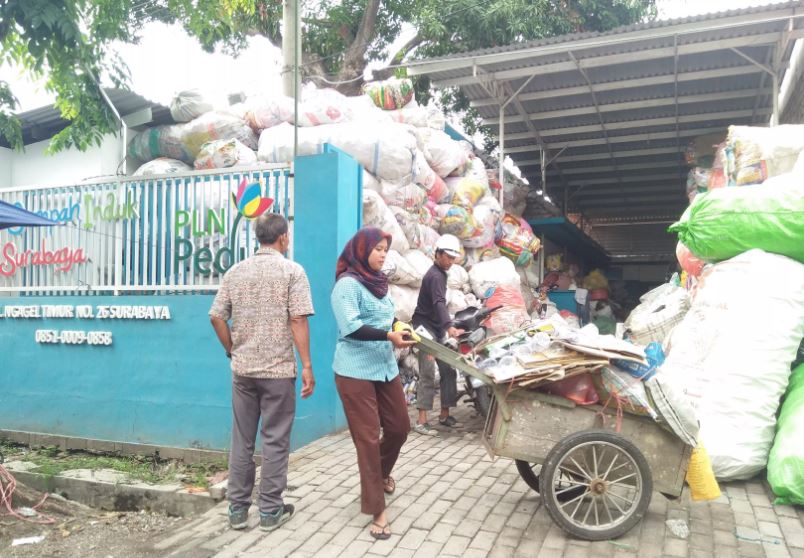 The story of the beginning of the waste bank was the start of public concern about the environment which continues to be filled with garbage without anyone organizing it. More and more waste is certainly a problem for the environment, so someone needs to be able to process waste into useful items. Waste management with a waste bank system like this should be able to assist the government in handling waste and can improve the community’s economy.

Garbage banks are usually established in areas with about 1000 inhabitants. Garbage will usually be deposited by local people or underprivileged residents around it. The procedure is that the customer will bring non-organic waste to the waste bank and in the tube, such as savings in a bank.

All customer savings transactions will be recorded in the book that is held by the saver or customer and also recorded by the recipient of the waste. Furthermore, the waste bank will sell the non-organic waste to collectors to be recycled and turned into new products.

Waste savings that have been made by the surrounding community can be withdrawn as money whenever needed, but the bank usually takes 15% for bank operational costs. The waste bank was first established in Yogyakarta in 2008, and this waste bank is said to be the first garbage bank in the world.

Benefits of a Waste Bank

The purpose of establishing a waste bank is to manage and tackle waste in Indonesia and make the community aware of the clean and tidy environment. With funding, it is hoped that the waste bank can turn waste into something valuable and can be used again as a new product.

Among the benefits of a waste bank are as follows:

For waste depositors, they can get money according to their efforts and this will be deposited into their respective accounts. In fact, the rewards given by the bank to the community are not only for money, but also in the form of basic necessities such as sugar, cooking oil, soap, rice, and others that are needed. Apart from the underprivileged people, school children who are less financial can also get many benefits from collecting this garbage.

Even now, this waste bank has also been benefited by several schools to implement a school fee payment system with garbage. A young doctor named Gamal Albinsaid has initiated health insurance, which is also a waste payment system. So, with this insurance, people can also get health services without money. 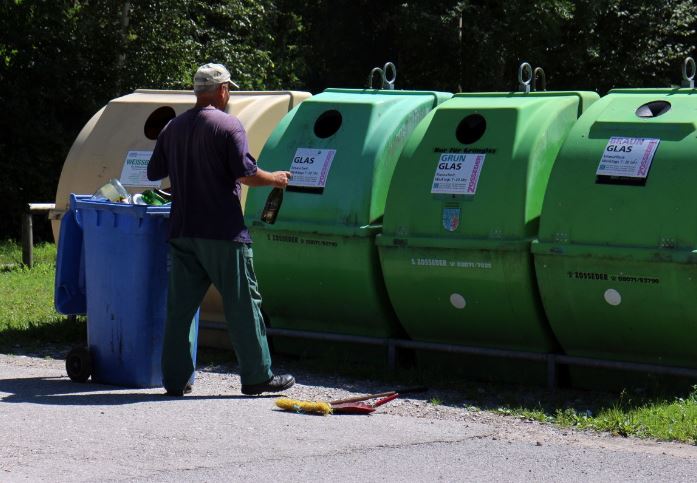 How do you manage waste properly and correctly? Here we will review how in a few steps, hopefully this is useful.

At the initial stage, garbage collection must be started from each individual’s location or on the awareness of each individual or family. After each family collects garbage in the trash can, then someone from the collected places has to bring the garbage to a temporary shelter (TPS). From some of these TPS, the waste is then brought and transported to the final disposal site (TPA).

This waste transportation system and method is the responsibility of the local government by involving community participation.

Management and destruction can be done in the following ways.

Making a landfill, this is by digging the ground or making a hole and then the garbage is put into the hole and filled with the soil above it.

How to make compost now uses technology and it varies. Some use additional materials and some don’t add anything to the waste. This is known as the aerobic and anaerobic system. But the natural and simplest way is to plant organic waste in the soil for some time, then it will break down and become fertilizer that can be used for plants.

List of Tasty and Healthy Foods for Low Blood Sufferers

Milk snakes have striking colors, bright, and patterned. We will see about milk snake facts here. Many people are afraid...