The Pied Piper of Hamelin is a very well known European folk tale. This story is about unthankfulness and gruesome revenge. This story was retold from generation to generation so that today it is still a popular story in the lives of Europeans. How is the story, let’s look at the following.

There is a very serious rat problem occurring in Hamelin, this is precisely the year 12 84 AD. Hamelin was then a very prosperous port on the Weser river in Lower Saxony, Germany. Every day a ship full of corn and wheat comes there. Wheat and corn is milled in a mill and made various breads and various cakes in the Bakery. But apparently the mice came and ate all the wheat and corn that was there. Even cakes and bread were eaten and the odd thing was that lice were everywhere. From then on, life in Hamelin became a bad and unpleasant story. Not knowing how to get rid of the rats, finally the local mayor announced a reward to anyone who could free Hamelin from the rats, the prize was 1000 gold guilders.

The next day, a mysterious man in colorful clothes comes to town. He says that he is an expert in rat catcher and he is ready to catch all the mice and free the mice from the hamelin in the hope of getting the reward promised. Pied Piper, as the mysterious man was called, he took out a small flute in his pocket. Immediately he played a song. At that time everyone watched the song, and there were thousands of mice also coming out of various places including houses, sewers, bakeries, warehouses, and started to follow the pied piper.

After all the rats are exterminated and eliminated from the city, then the Pied Piper returns to the city to take the promised reward. The mayor laughed and gave only 5 guilders. Pied Piper was angry and he went out of town but he swore his revenge.

A few days later, on Saint John and Paul’s day to be precise, when people went to church. Pied Piper returned to Hamelin town singing his songs. Kali was not a mouse who came to follow him, but with his singing there were quite a number of children who ran to follow him. Only a sick child, some blind and paralyzed people cannot follow him quickly and a deaf person who is left behind cannot follow the peid piper. A total of 130 children disappeared that day.

This is the story of the legendary pied piper in Europe. The legend of the pied piper is a folk tale that has been told from generation to generation in Hamelin. Then this story was told again by the Brothers Grimm. However this is not just fiction but there is astonishing evidence that traumatically there was a terrible incident at Hamelin on the 26th of June 1284.

Evidences from the past

This incident is known precisely from an inscription on a stained glass window in a church. And this was then destroyed in 1660. In the window it shows a peid piper with the inscription. 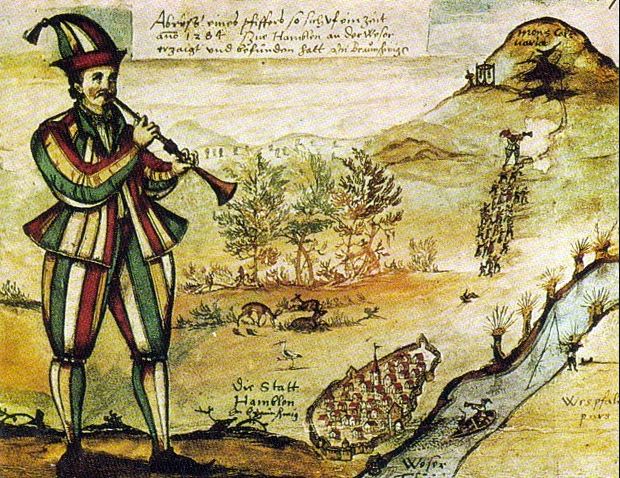 “In the year 1284, on the day of John and Paul, it was the 26th of June, came a colorful Piper to Hamelin and led 130 children away.” The date appears again in Hamelin’s town chronicle. Against the year 1384, the entry simply said, “It is 100 years since our children left.”

This story then began to appear in the following centuries and the story remains the same. This story is found in a 15th century reference in a Latin chronicle of the city of Lunenberg, Germany. There it is depicted that Pied Piper is a well-dressed man with a handsome appearance with an age of around 30 years. He started getting into Hamelin and playing all over the city.

In medieval times the pied piper character in his story often appeared and was told. In the story, pie piper is often assigned to lead various civil celebrations. They wore pied clothes, colorful dresses, which became a symbol for those with low status. Clothing like this is also used by other entertainers such as fools and executioners. Piper spent most of her life being homeless and causing trouble.

In the original story, there are no rats in the piper’s story, because rats did not appear until the 16th century, when Europe was in the grip of a plague. The piper relationship that carries a lot of trouble and the pests that carry disease are terrifying to imagine. However, the presence of rats in the pied piper story is very important, and this version of the story has become popular and has been told from generation to generation. Among those who popularized this story were Robert Browning and Brothers Grimm. 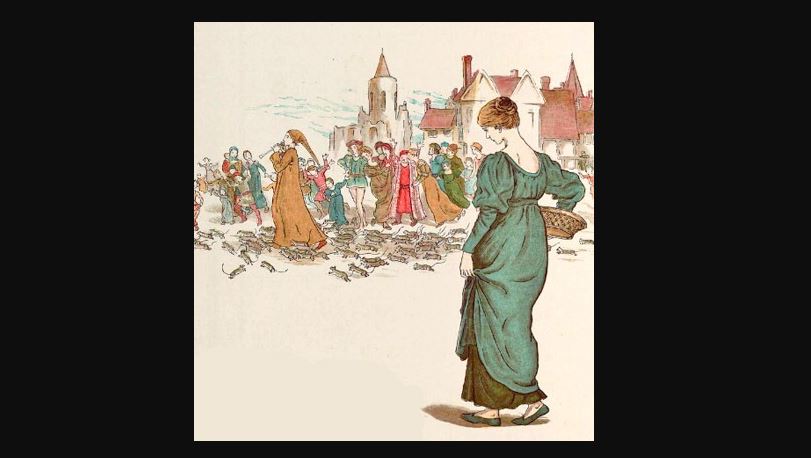 A common theory for this is that children die because of some kind of epidemic or pandemic. Meanwhile the name piper is just an allusion to death. While other stories believe that the children who disappeared joined the children’s crusade in 1212 and failed, and they were sent to the Holy Land, many of them died and were made slaves. But it is not known why this story is set in Hamelin. And again, that the children’s crusade occurred some 70 years before the Hamelin incident.

Historians such as Jürgen Udolph say that many residents of Hamelin now resided in Poland in the Prignitz and Uckermark states and in the former Pomeranian region. Udolph found a family here who belonged to the same dynasty as in the German Hamelin.

According to Udolph, the missing children were unemployed youths who were dragged into colonizing new settlements in eastern Europe. There, landlords often used a specific code called a locator, and they roamed northern Germany and recruited settlers for their purposes. Let’s say peid pipers in medieval times, some of them dressed brightly and wore silver tongues.

Whatever the story, the pied piper is a central figure in hamelin and even now there are restaurants that use the peid piper name that reflects that legendary figure. In Hamelin, there is also a street called Bungelosenstrasse (“street without drums”), this is the path that children take to escape the city by peid pipers. But there is no music that is played as in the legend which says that the peid piper blew his flute and then hypnotized the children to follow him out of town.

Until now, every Sunday throughout the summer, in the city of Hamelin this legendary story has been played back by a number of well-known actors. This is to commemorate and recall the tragic story that befell the city of Hamelin many centuries ago. Every June 26 is marked by the day of the rodent catching, this is based on a past incident where the piper chased away rats that became a pest in Hamelin town.

The Cause of Tickling in Feet, Some are More Sensitive than Others

How to Delete All Photos from iPhone Quickly