The traditional food of Saudi Arabia is rich with spices and has a delicious taste. Generally, Middle Eastern food is made from the basic ingredients of goat, wheat, chicken, turkey and others. This food is combined in such a way with a variety of spices and processed with professional hands so as to produce a dish that is hard to forget, not only the taste but also the color and shape that anesthetizes our tastes.

Naturally, we see many Indonesians who come to the Middle East and then become familiar with the food there, even some of them are adopting Saudi Arabic food to be kaja and made in Indonesia.

The variants and flavors are very diverse and special, but in this article love, inshallah.com will share with all visitors some Arabic specialties or middle eastern specialties which are quite popular and of course have a rich and delicious taste.

Immediately, we see a series of Middle Eastern specialties that you should try and taste: 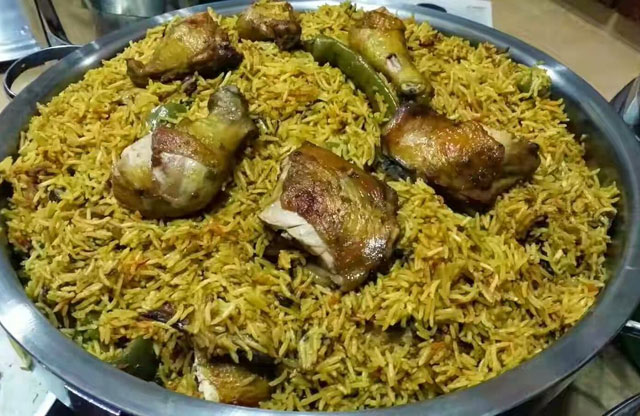 If you are familiar with the Arabic cuisine menu, of course you know that this food is quite popular in Arabia and even the world. The popular Arabic rice is Ruz Bukhari, not kebuli rice or any other type of rice.

Nasi Bukhari is served with chicken on top and accompanied by tomato chili sauce. It’s also good to have a cucumber garnish on it like you eat fried rice from Indonesia.

Some say that the origin of Bukhari rice (ruz bukhari) is from Pakistan, but there is no valid source to explain this. Until today, this rice is quite popular as a typical Saudi Arabian rice that you should taste. 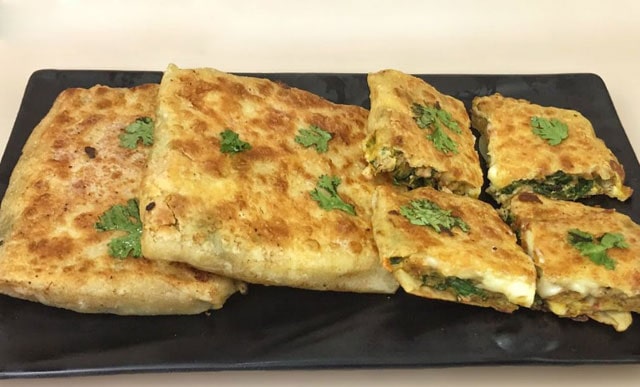 The next Saudi Arabia Traditional Food is mutabbaq, it is very well known in Arab countries as a favorite delicacy. This food is often found in Yemen, from the name “mutabbaq” which means folded, then of course this food at first glance looks like martabak in Indonesia which is made by folding.

Some say, the martabak we enjoy in Indonesia is the result of the adaptation of Mutabbaq Arabic food. So what is the content in mutabbaq? The interior of this Arabic food is vegetables and meat, of course meat is a food that cannot be separated from the Arabic menu. 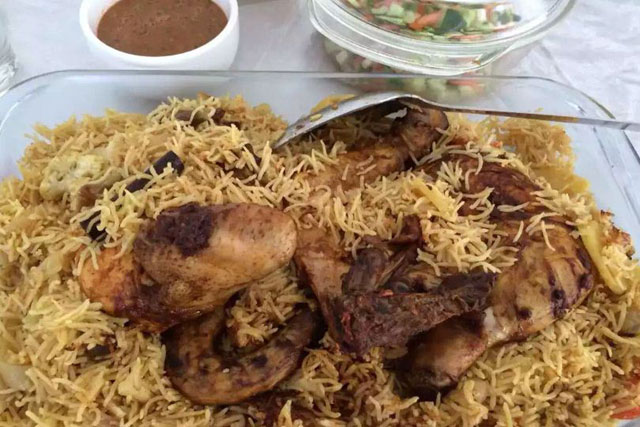 Kabsah rice is also a popular food in Arabia and it is one of the specialties of Saudi Arabia. Kabsah rice is made from long-form rice (Arabic rice) and at first glance it looks like fried rice, of course there are other additions that make this food delicious.

Additional ingredients that you should not miss are the vegetables and meat in it and it is given spicy spices, and the taste makes you melt …

But now, Kabsah rice has many variants, considering that many people have made and remodeled bumbuny so that sometimes this food is no longer the same as the original recipe. 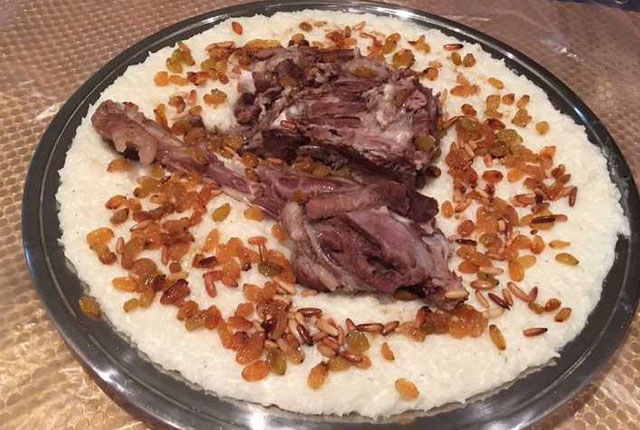 Saleeg is a unique food and surely you have never tried it, this typical Saudi Arabian food is made from cooked meat, milk and broth. The saleeg is a typical food originating from the Saudi Arabian Hijaz and is a popular food in Taif.

Saleeg is a rice dish made with fluffier rice from Egypt. It has a similar texture to risotto and is usually served in a large bowl with grilled chicken on top.

The ingredients for making Saleeg are garlic, chicken, ginger, spices and others to give it a delicious taste. 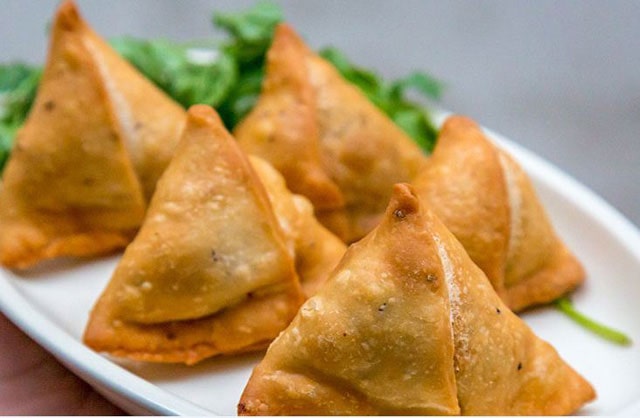 At first glance, samosa is similar to food in Indonesia which is called pestel, but this samosa is triangular in shape and the inside is very tempting.

Want to know what is in this Samosa dish, the portion is filled with meat such as beef, chicken, goat, vegetables, cheese and eggs. How do you feel, you must imagine ..!

This is not a staple food of Saudi Arabia but a snack, and is usually served at the beginning of breaking the fast or the term is ta’jilan. 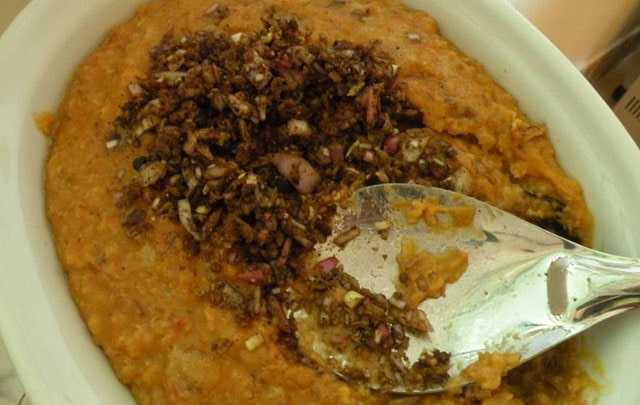 There is jereesh which is very famous as a Saudi Arabian food with a different taste. This is a familiar food during fasting like kanji porridge in Aceh and several other areas in Indonesia.

The uniqueness of Jereesh is its different texture because it is made from coarse wheat which is boiled like porridge but together with the meat inside.

Jeressh or it is also called hereesh is a food that is served distinctively with parsley on top. for those of you who go to Arabia, try dech tasting this extraordinary food. 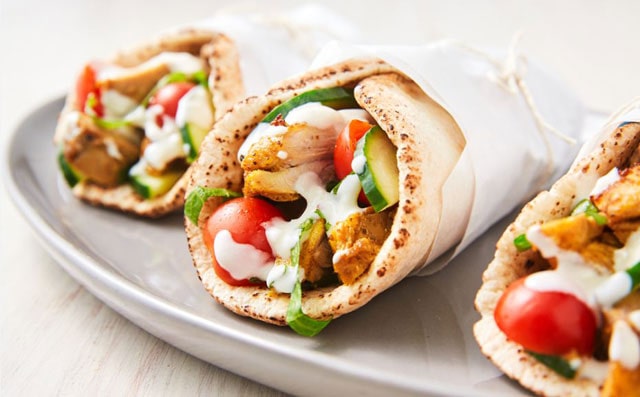 Shawarma, at first glance it looks almost the same as a kebab, but different. If you often see kebab traders in Indonesia, grilling meat on long sticks that are rotated vertically, that is the process of maturing meat in Shawarma food. Actually, kebab is also a typical Arabic food and is liked by Indonesians and then many are sold in Indonesia too. However, kebabs in Indonesia are different from Arabic and even the presentation is different.

This is the typical Arabian way of grilling meat, shawarma is a food that is filled with vegetables and meat, the meat used is roast lamb, chicken, turkey, and several types of vegetables. 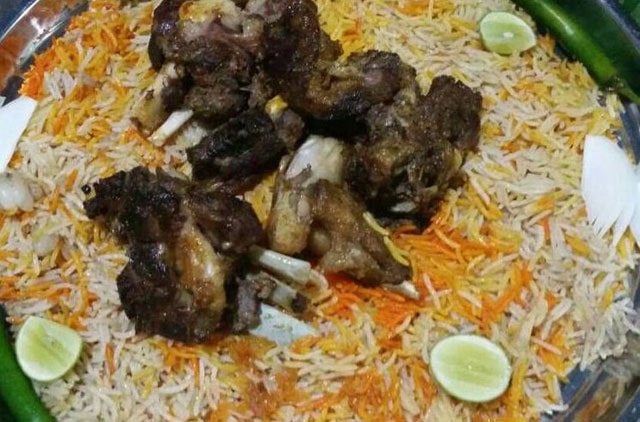 Ruz Mandi (mandhi rice) is not only Saudi Arabia Traditional Food but also on of my favorite Arabic rice, this rice is cooked with distinctive basmati rice. Mandhi rice is a very popular food in Arabic and is easy to find everywhere. This unique rice is cooked using apron spices so that it has a yellowish color.

It tastes very tasty and the presentation is with the mutton that has been grilled first. Extraordinary..! 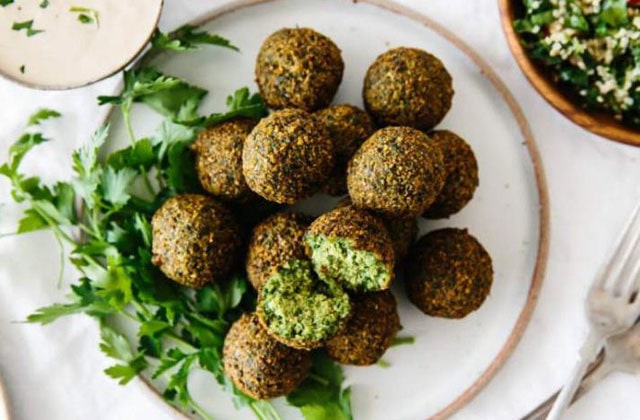 Furthermore, the typical Arabic food is falafel. It is a food made from a dough of peanuts and spices. Falafel means deep fried ball, maybe because it looks like a ball.

Falafel is served with whole wheat bread, pita and vegetables and herbs and chilies. 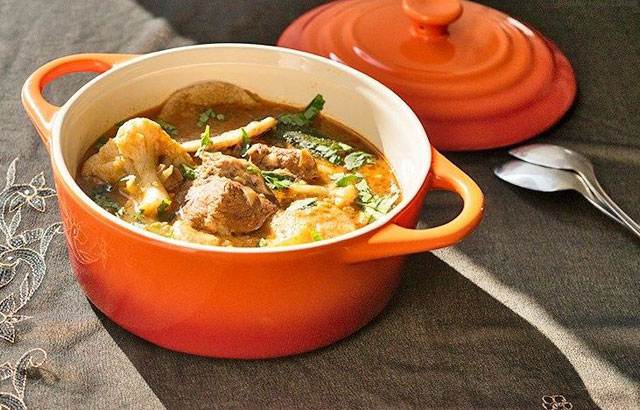 Margoog is also one of the special dishes of Saudi Arabia made from meat. It tastes like soup, and contains vegetables and wheat flour.

So, because of the use of wheat flour, it is considered a food rich in fiber and good for health, especially for the stomach and intestines. This margoog is a side dish that will add to the taste of a plate of warm rice. Wow, from the picture, you can feel the aroma, incredible 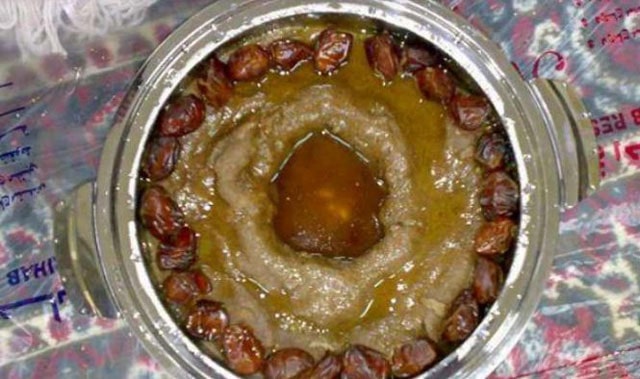 Areka is a typical Saudi Arabian food that is specially served in the morning as breakfast to start the beginning of the day. This food consists of ingredients such as rice, chicken, eggs and vegetables. From the womb, you can tell if the Areka tu taste is delicious and crunchy.

For those of you who are doing the pilgrimage in the land of food or snacks, this is right because it can add a lot of energy to you in carrying out worship. 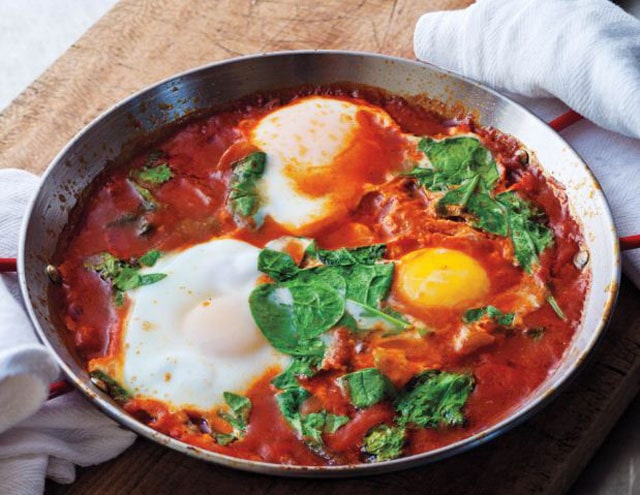 Lastly there is a food called Shakshuka. This food is Saudi Arabia Traditional Food and is made from eggs and tomatoes and other spices.

At first glance, Shakshuka is almost the same as omelette in Indonesia, but it is still different because the dish that excites your appetite will lose your appetite.

The way to consume Shakshuka is with Arabic bread or pita bread, and is very popular as a morning meal.

That is the list of typical Saudi Arabian foods that are very popular not only in their country but in Indonesia and other countries so that many of these foods have now been adopted in various places with their respective flavors.

How to Write Dates in English, American and British Format