+10 Indonesian Traditional Food You Have to Try

Indonesian Traditional Food – Indonesia has a very large area stretching from Sabang to Marauke. This diversity not only makes Indonesia rich in terms of culture, but also quirks. There are quite a lot of traditional culinary delights in Indonesia, from the westernmost island to the easternmost island of Irian Jaya. In this article, we release only a few kinds of Indonesian specialties or traditional Indonesian foods that are very tasty and well-known in Indonesia.

The diversity of ethnic groups in Indonesia gave birth to a variety of foods and top culinary delights. For those of you who love culinary, don’t read this article until it’s finished, because we will give you 10 traditional Indonesian foods that you must try. It’s not Indonesian if you don’t know these ten foods, that’s why we give back our enthusiasm to the young generation to get to know our traditional food again and fall in love with Indonesian regional cuisine itself, instead of loving Israeli or western food and drinks.

Ok, what are the traditional Indonesian food, let’s just take a look below. 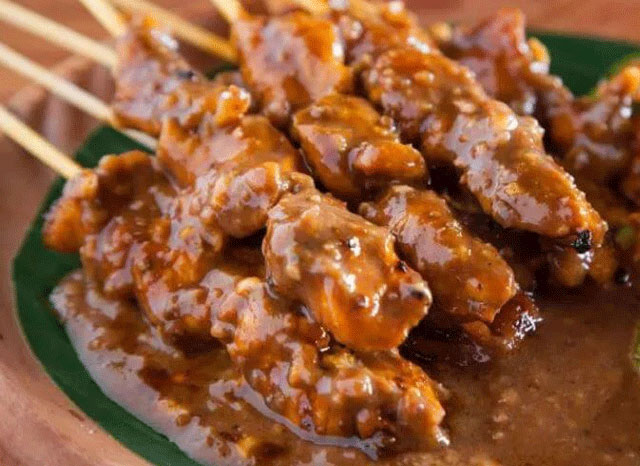 Satay is a traditional Indonesian food which can now be found everywhere. One of the sate that is very tasty and feels on the tongue is the satay “Apaleh Gurugok”, North Aceh. Satay is made from meat such as chicken, beef, buffalo, rabbit meat or other meat which is delicious and halal according to Sharia.

Meat in small pieces or even white fat is also made for satay. After chopping, then sticking it on a stick and burning it on hot coals, of course all this is after the meat has been smeared or soaked in the satay seasoning. Satay food is enjoyed with peanut sauce flavor soup. 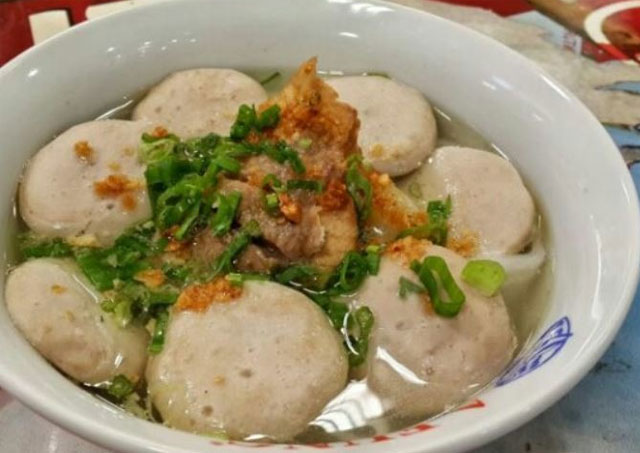 Bakso is also one of the traditional Indonesian foods that are delicious and savory. Even the former president Barack Obama admitted that meatball was one of the delicious foods and was his favorite while in Indonesia.

Bakso is a food made from chicken or beef that is ground and in a round shape. It’s tasty and chewy texture. Apart from meat, it is also mixed with vermicelli, yellow noodles and others and don’t forget the fried onions on top so that it adds to its deliciousness. Try adding sweet soy sauce or stork soy sauce for a more delicious taste. 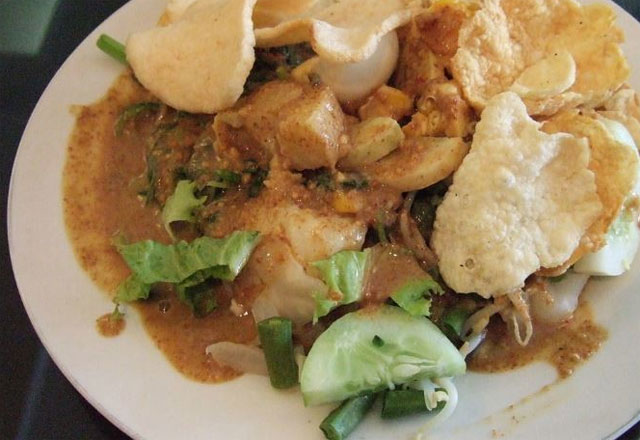 This traditional Indonesian food is very tasty and delicious. Made from various vegetables, such as bean sprouts, spinach, cabbage, boiled or steamed cucumber and given a variety of toppings on top including soup. So, this food from Jakarta is very tempting and is one of the typical Indonesian foods that are easily found everywhere and are often peddled on the side of the road.

Usually, Gado-Gado is often present at celebratory events, including holidays. Often also enjoy the hodgepodge in the morning as breakfast. 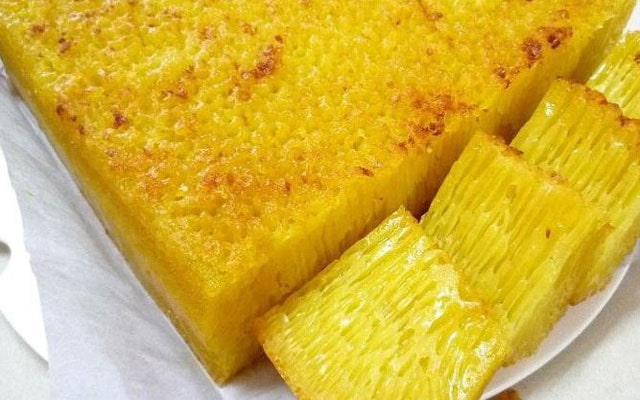 Bika Ambon is a traditional Indonesian food originating from Medan. It tastes good and delicious and has a distinctive aroma. Even though it comes from Medan, this food can be found throughout Indonesia. The delicious taste makes the food distribution very thorough.

For those of you who come to Medan, make sure you buy this typical Medan food. Because it’s not complete if you visit tourist attractions in Medan and don’t bring home special Medan food souvenirs. 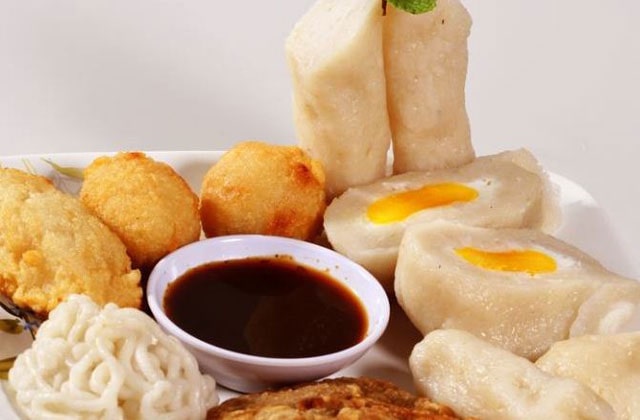 Pempek is even more delicious to eat with a sauna sauce made from vinegar and sugar and add shrimp and shrimp. The number of ethnic groups in Indonesia gave birth to many special foods. 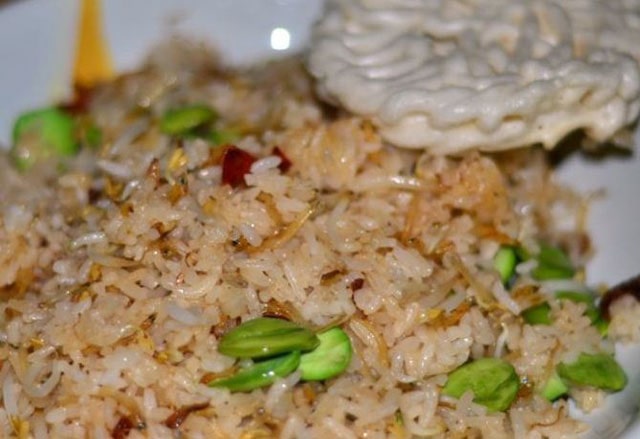 Fried rice is a delicious and typical Indonesian food with a variety of aroma and presentation styles. The basic ingredient for making fried rice is white rice. This white rice is stir-fried with a variety of delicious Indonesian spices. Usually using a special tool, which is sauteed using tomatoes, various celery, chicken, eggs, or using certain tusks.

Fried rice, if we don’t really know how to make it, might not taste that good, but if you buy it at a shop, it’s certainly very tempting, especially if it’s made by an expert. Fried rice is not only famous in Indonesia but is one of the tastiest foods in the world. 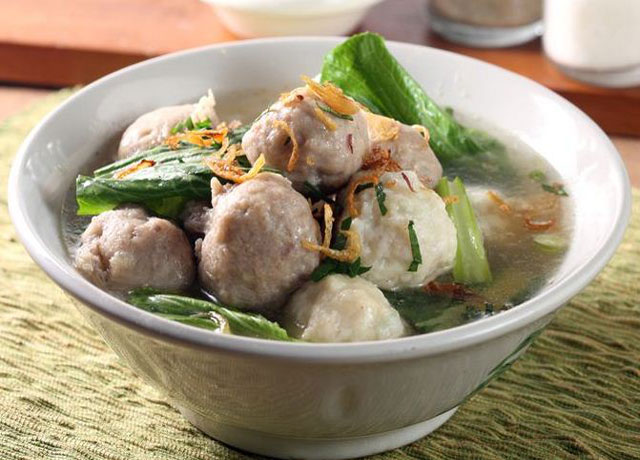 Although from China, this food is very familiar in Indonesian society. In fact, people cannot forget this whole food. This is evident from the increasing number of meatball stalls or carts selling this food.

Meatball food made from ground meat has many variants, some of which use eggs on the inside. One of the reasons that make the meatballs so delicious is the seductive soup. 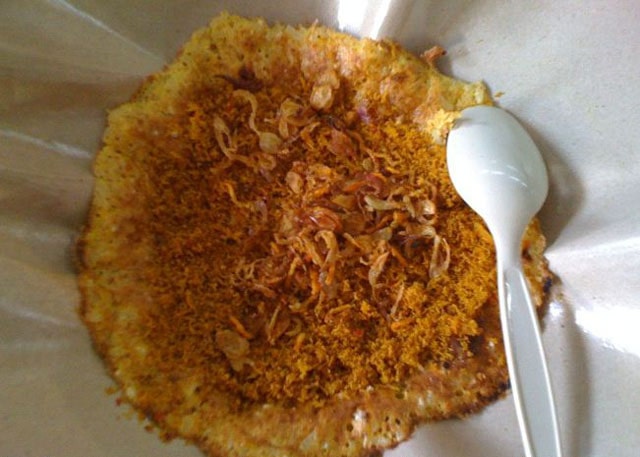 Egg crust is a food originating from Banten Jakarta. This food is ancient and traditional food from Banten, but the taste is delicious and delicious this food exists until now that the echo is getting wider.

If you go to Jakarta don’t forget to try and taste this egg crust, usually this food is sold on a wheelbarrow like a meatball seller. Egg kkeraka food is made from eggs and sticky rice, meat and is given a special topping on it. 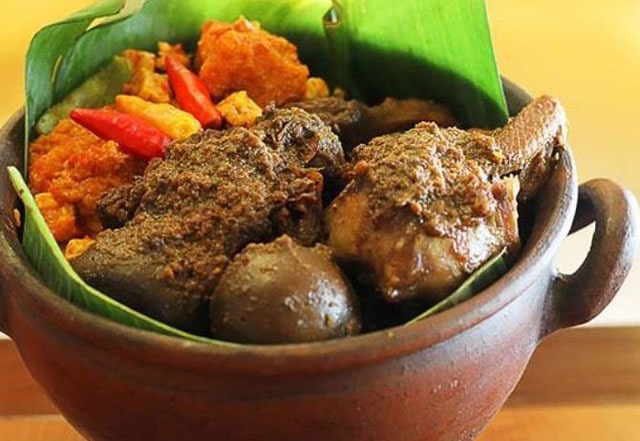 Another Traditional food from Indonesia is Gudeg from Yogyakarta. This food is truly extraordinary and very delicious. Made from young jackfruit and cooked in such a way using herbs and spices. Among them is brown sugar, cooked until it turns black.

Many tourists who come to Yogkarta are looking for and eyeing this culinary treat directly from the Yogyakarta area. It will be more delicious when you add chicken, eggs, soy sauce and side dishes. If you glance at the picture of Gudeg food, maybe you think this is chicken or meat, it turns out that jackfruit has been changed to Gudeg.

Also check: The Boiled-Egg Diet: Is It Worth To Try? 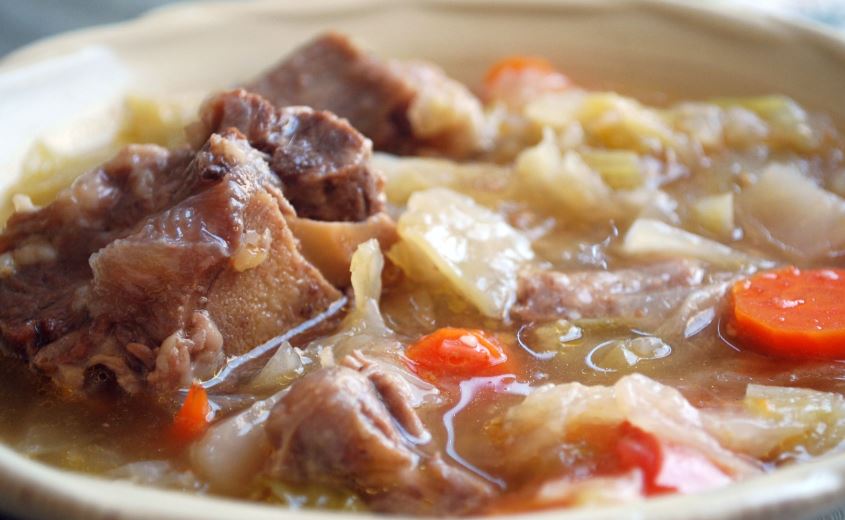 Oxtail is a traditional Indonesian food. It tastes very delicious and unforgettable. Oxtail soup is not only famous in Indonesia but abroad is also very famous and it fits their tongue too.

From the picture alone, it looks very delicious and delicious this one food. The majority of soup fans really like this food because it tastes similar to soup but it is more tempting and enchanting on the tongue.

11. Pliek U sauce, comes from Aceh 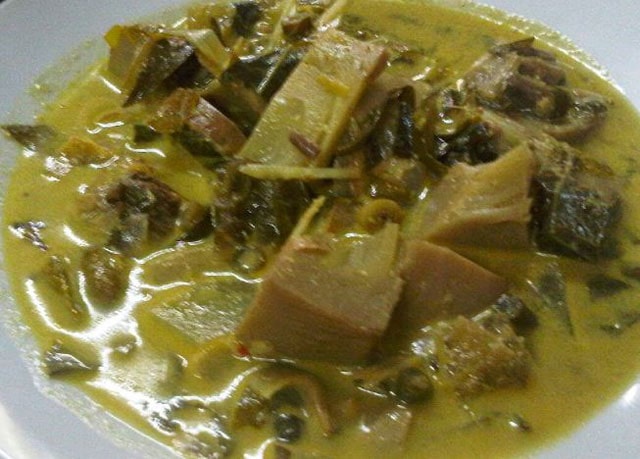 Plik ue sauce is a traditional Acehnese food since ancient times. This is one of Traditional food from Indonesia that made from coconut starch mixed with various other spices such as fatarana (plik), and uses various vegetables collaboratively so that it produces various textures and of course the very spicy taste is something you really enjoy doing, especially if you consume it during the day with rice. This will make your body sweat due to the heat and spiciness.

So, if you visit Aceh, don’t forget to stop at the Aceh stalls and enjoy the deliciousness and hot taste of the plik ue sauce.

Those are some Indonesian traditional foods with tempting flavors from various regions in the archipelago. hopefully useful.

13 Reasons Why You Need to Eat Pasta

Pasta is a great food, everyone admits it. But the most important reason you should eat pasta is not that,...

Spaghetti is a pasta food that is very much in love with even this food is present throughout the world...