The Floating Bridges of Seattle

Floating bridge Seattle – A bridge is a link between the banks of a river or ocean, and this is a common thing. But it becomes extraordinary when we talk about concrete and steel bridges that float on the surface of the ocean. This might be something unusual, but it’s true that there are even twenty bridges like this around the world. 5 of them are in Washington and 4 of these five are the longest floating bridges in the world.

The floating bridge is known as a pontoon and is usually built temporarily while waiting for the completion of the original bridge. It can also be built temporarily due to emergency conditions such as being at war, so a floating bridge made of wood is built which will be completed quickly. It can be made by using a wooden buoy or a boat with a board at the top so that it becomes a passable road. Floating bridges like this have been widely used in history during the war even in the second world war, as well as during the Iraq – Iran war. The construction of floating bridges has also provided many advantages throughout the history of human war.

But now we will talk about permanent floating bridges of advanced technology construction bridges that are built to float above sea level. Evergreen Point is the longest floating bridge ever made by man and it is a permanent bridge. This bridge, called the SR 520 Bridge, is located across Lake Washington, in Seattle. The bridge becomes a traffic point for state route 520, the length of this bridge is 4,750 meters. While the second longest floating bridge in the world is called the Lacey V. Murrow Memorial, it is also located across the same lake and is just a few miles to the south, and is 2,020 meters long.

Why the floating bridge? It is not unreasonable, the geographical location of Lake Washington is a strong reason for making this floating bridge. The bottom of the lake is not strong and too soft so that it is not possible to build bridge piers. Likewise, he did not make a suspension bridge because it would cost quite a lot of capital, to make a suspension bridge it would require a tower as high as Seattle’s Space Needle, this of course cost a lot of money. Then the alternative is to make a permanent floating bridge.

Why does this floating bridge have to cross Lake Washington? This idea came from an engineer Homer Hadley in the 1930s. He is not an ordinary engineer, he has a lot of experience since the first world war, he has long worked for a company that designs concrete barges. Hadley provided the idea of ​​connecting end-to-end perforated concrete barges to Lacey V. Murrow. The floating bridge that was conceived by Hadley was very successful and at that time it was famous that the state of Washington had made a high-tech bridge with the concept of the future.

The second longest floating bridge in the world, named Evergreen Point, was opened in 1963. Then the third bridge was named Hadley, as a tribute to the first person who gave the idea to make such a floating bridge. Lake Washington is home to this unique and modern bridge, even these three bridges that are above this lake are among the very long. 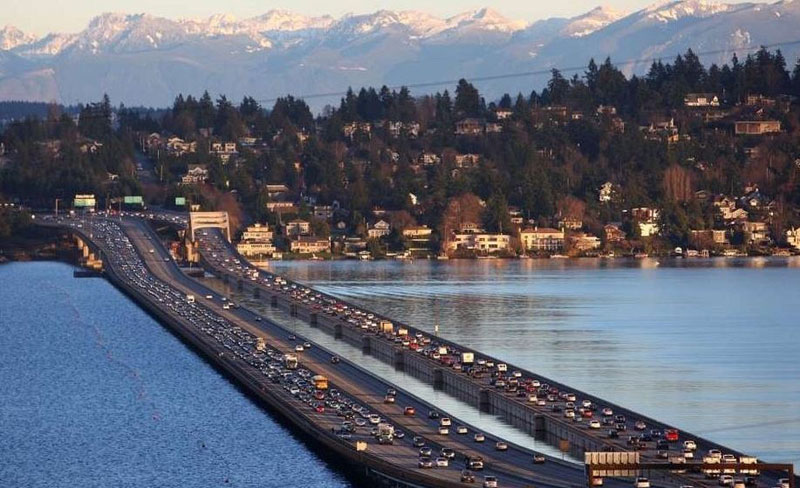 The Lacey V. Murrow bridge (right) is the third longest floating bridge in the world at 6,603 feet. The current bridge was built in 1993, this new bridge structure replaces the old one which sank during a severe storm. Photo credit: Joshua Trujillo/seattlepi.com. 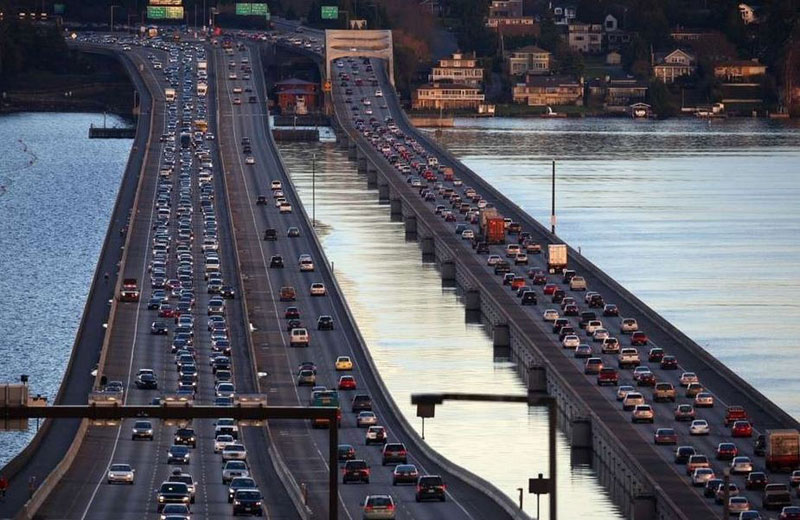 Rainier Tower, or The Beaver Building – Seattle Upside Down Building

20 Breakfast Food in America You Have to Try