Cenote Angelita is a cave on the Yucatan peninsula, Mexico. Interesting to observe, where in the cave there is a river that flows underground which is very amazing. This is a river within the lake that is in the cave. The flow of the river in the Cenote Angelita cave is due to the presence of hydrogen sulfide in the lake.

The content of hydrogen sulfide is said to have a heavier mass than salt water so that it accumulates or stagnates under water to form rivers under the lake. This content causes different layers of water such as the meeting of two seas where the water does not mix with each other.

This is an extraordinary thing made by Allah SWT. As mentioned in the holy book of the Muslim Ummah, the Koran and even the two do not mix with each other as if there is a wall blocking it. By finding this underwater river, it adds to the evidence of the power of God and adds to the truth of God’s Word in the Qur’an. (See too: The History of Zamzam Water Well in Mecca). 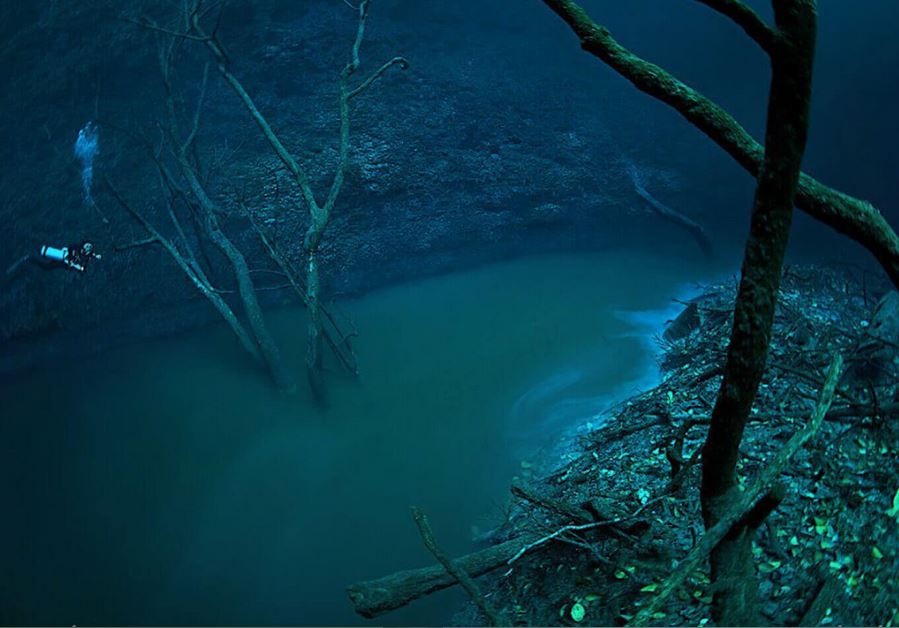 Cenote Angelita River is underwater with a depth of more than 100 meters, there are various layers of fresh and salt water arranged alternately there. The presence of scattered leaves adds to the beautiful visuality of the underwater river in the Cenote Angelita cave. Likewise, there are wooden twigs that float because of the density of the water.

Cenote is a term used to describe a cave with fresh water and it is usually used to refer to doline karst (a sinkhole that is widespread in parts of the world) especially in Central America. [1] 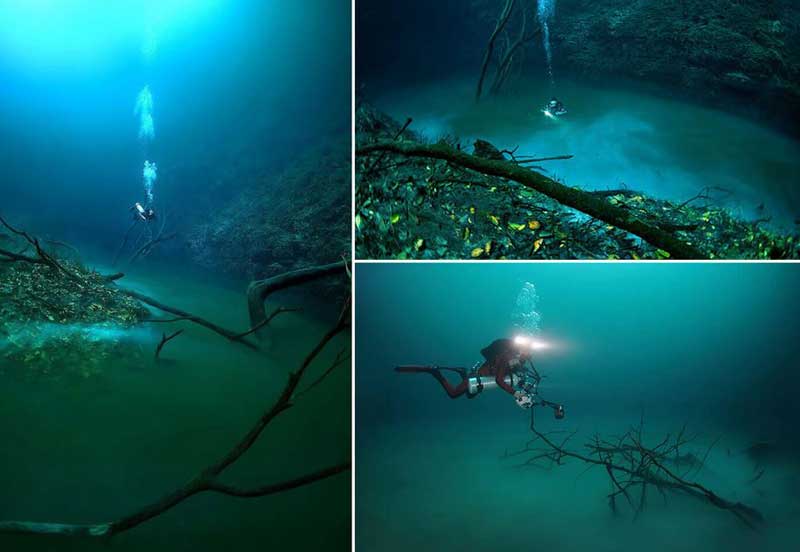 A cenote for the ancient Mayans was something that was considered sacred, used usually for their ritual celebrations, including the celebration of human sacrifice, a cruel ritual in that people’s culture. 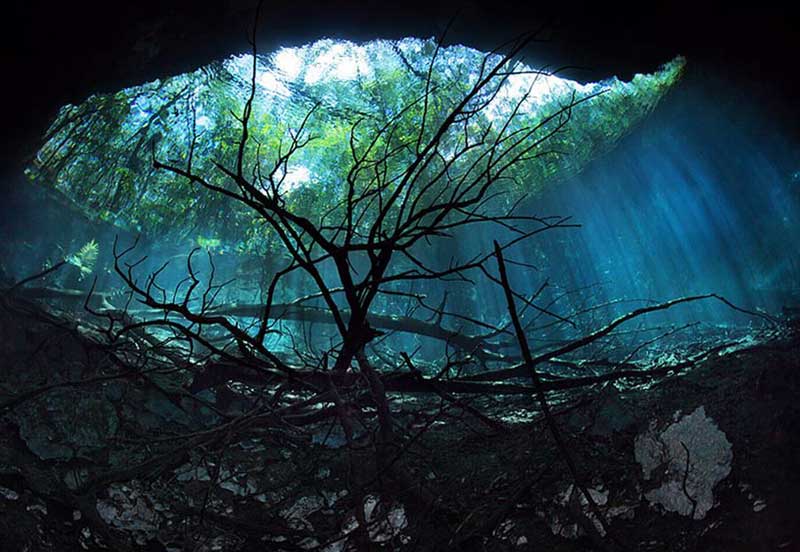 If you want to visit the Cenote Angelita cave, this is not an ordinary or easy thing. On the surface of the water, it is filled with clear water for the first 20 meters, then the water becomes increasingly cloudy. Diving in this cave takes place up to 55 meters below the water surface. So, this can only be done by skilled or professional divers. So, this is a difficult task and not everyone can do it.

The Eye of the Earth, Croatia’s Cetina River Source