Sunnah to do during adhan – Adhan is an important worship in Islam. This is a call for Muslims to do Salah. Adhan means I’lam or notification of the entry of the Salah time. How to do the call to prayer, we have written sentences or words in the call to prayer, please refer to the adhan words.

5 Sunnah to do during Adhan

During the adhan, there are several things that are circumcised by men or women. What is sunnat to do during the Adhan? Let’s see one by one the recommended worship during the Adhan.

1. Repeating what the muezzin said

The first for those of us who hear the adhan words, we are sunnat to repeat what the muaddin said.

When the muaddin says “Allahu akbar – Allahu akbar”, then we answer it with the same sentence, namely “Allahuakbar-Allahuakbar”.

When Muaddin says “Asyahadualla ilaa ha illallah”, then those of us who hear the call are also encouraged to read the same sentence, namely “Asyhaduanlla ilaa ha illallah”. So, every time the muaddin reads it, then for those who hear it, sunnat to repeats (answers the words of Adhan).

When the muaddin reads “Asyahhaduanna Muhammadarrasulullah”, then the muaddin is also sunnat reading the same thing, namely saying the shahadat rasul sentence.

Then, when the muaddin recited “Hayya ‘alataini”, the two sentences of “Hayya”, namely: Hayya ‘alash-shalah and Hayya ‘alal Falaah”, then those who heard it, sunnat answered with the sentence “La hawla wala quwwata illa billa hil’aliyyil ‘ adhiim”.

While at the Salah Subuh, there is the sentence “Ash-shalaatu Khairum minan-nauum”, then people who hear it answer with the sentence “ShadaqTa wa bararTa”. This is specifically on the adhan for Salah Fajr or Subh.

This is one of the sunnats that is done during the adhan. This sunnat law is for those of us who hear the adhan call directly (adhan without loudspeakers).

As soon as the call to prayer is heard, or after muaddin said Laa ilaa ha illallah in the last of Adhan words, we are sunnat to send shalawat to Rasulullah SAW.

In a hadith the Messenger of Allah said: Whoever sends shalawat to me once, Allah will give His mercy to His servant 10 times.

In addition to the prayers as above, you can also recite the Ibrahimiyyah prayers as in the Tahiyyat Salah reading. 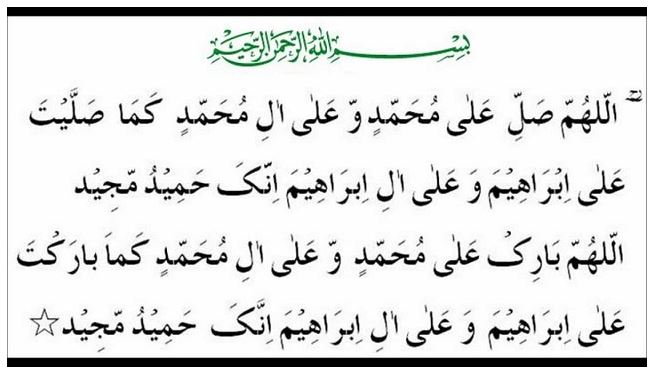 After reading shalawat to the Prophet SAW after the adhan, we are sunnat for reading the prayer after adhan.

This is the sound of the Dua after the adhan:

Dua after adhan in Arabic:

Dua after adhan in Transliteration:

The Meaning: “O Allah, Lord of the perfect and standing Salah, give wasilah [a place in heaven] and virtue to the Prophet Muhammad SAW. Raise him to a commendable position [right of intercession] that You promised. Indeed, You will not violate your promise. My Lord, forgive my sins and my parents [sins]. Have mercy on them as they both loved me when I was little.”

It is circumcised or recommended for those who hear the call to prayer, to read the two sentences of the creed (the creed of Tauhid and the creed of Rasulullah).

Whoever recites it, then his sins (small sins) will be forgiven. 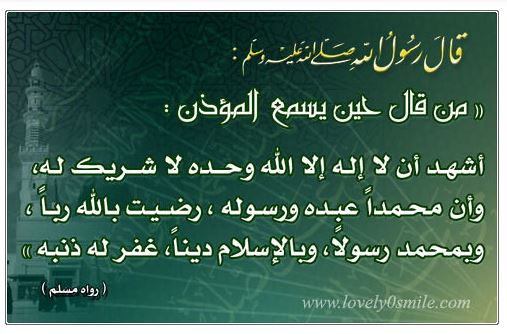 Increase the Dua for yourself after the adhan. This is one of the makbul time for duas, so after doing the 4 kinds of worship above, don’t forget to read the dua. Ask Allah about various kinds of desires, both the ideals of this world or the hereafter.

In addition, you must listen to the adhan carefully, not saying unnecessary words during the adhan, this is a form of our respect for the call for the adhan.